The St. Louis Cardinals are headed to Miami after wrapping up their series with the Milwaukee Brewers. Read below to see what went down in Milwaukee this last weekend.

The St. Louis Cardinals and the Milwaukee Brewers split the four-game series this last weekend. Starting on Thursday afternoon, the Brewers jumped out to an early lead and never looked back. After a promising Opening Day start, Adam Wainwright faced adversity in his rough second start of the season.

After the rough 5-1 loss to start the series, it was the Cardinals turn on Friday to break out the bats. St. Louis jumped on Milwaukee and Freddy Peralta early, scoring four runs in the first two innings and adding on two more in the second. St. Louis was able to chase Peralta from the game after just three innings of work.

The Friday night beating was so bad, that the Brewers broadcasting crew made multiple attempts to say the Cardinals were stealing the signs of the Milwaukee pitchers. Give me a break.

Nolan Arenado continued his hot streak of hitting with a 2-3 performance on the evening, with two walks as well. Arenado gave himself an early birthday gift with a two-run home run in the top of the ninth inning. The third baseman sent a line drive to left field, that hit the top of the wall and hopped over for the home run. 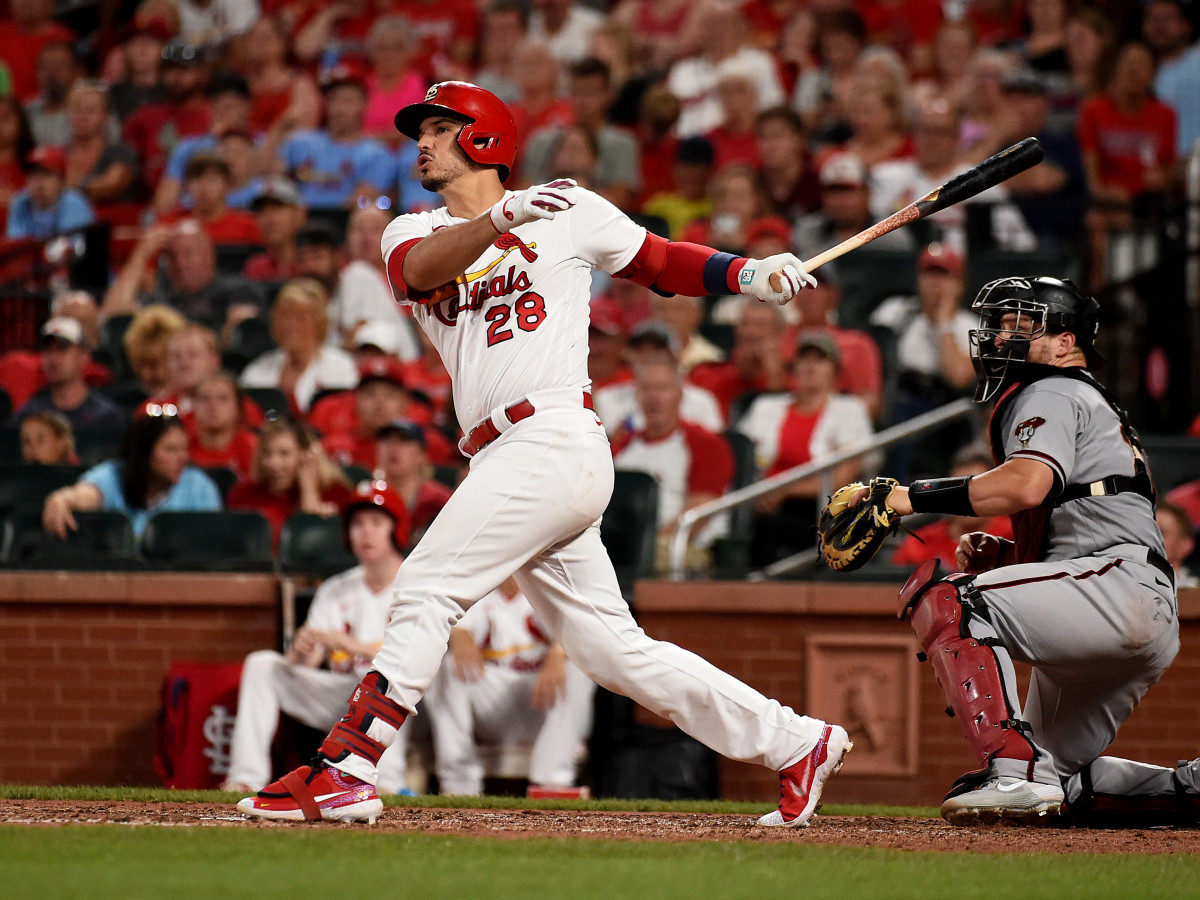 After the offensive outbreaks in the first two games, the two teams were due for a quiet Saturday evening and that is what happened. Both Steven Matz and Adrian Houser pitched well on Saturday. The Cardinals scored once in the fourth and eighth innings, while only allowing one run by Milwaukee in the eighth inning. It was a stressful last two innings, but a double-play turned by Tommy Edman and Arenado finished the game with a 2-1 victory.

In the final game of the series on Sunday, it was a rough start to the game after St. Louis stranded the bases loaded in the first inning and Dakota Hudson gave up three runs in the bottom of the first. Albert Pujols, who struck out in the first inning with the bases loaded, tied the game in the third inning with a three-run blast to left. The Cardinals would end up losing the game 6-5 after a late comeback fell short.

Positives from the weekend

The biggest positive from the weekend has to be centered around starting pitching. From the two pitchers that we needed to see bounce-back performances from, we did. Miles Mikolas and Matz both dominated their starts and are much of the reason for two wins this weekend. After both pitchers looked very bad to start the year and could not get through four innings, this is the performance the coaching staff needed to see.

Steven Matz pitched 5.2 innings on Saturday and did not allow a single run. He struck out six and walked none as well.

Negatives from the weekend

For the first time this season, the bullpen looked human. So far the Cardinals bullpen has practically shut down hitters. Especially on Sunday, the bullpen did not look great after a rough start by Hudson. The pitching staff on Sunday allowed seven walks.

Walks and unforced errors will not win you ball games according to Cardinals manager Oli Marmol.

Fun day at the ballpark

While the Cardinals did lose on Easter Sunday, it was a memorable and fun day for one Cardinals fan. 15-year-old St. Louis Cardinals fan named Riley was the lucky one who grabbed the moonshot hit by Albert Pujols in the third inning. Riley has quite the reaction with his family after collecting the home run ball.

This is the proper reaction to getting an Albert Pujols home run ball pic.twitter.com/OR9QFWZZau

The best part of this story is the fact that Riley might only remember two home runs by Pujols in a Cardinals uniform. Both of those home runs have occurred this year. When the Cardinals won the World Series in 2011, Riley would have been four or five years old at the time. Growing up a Cardinals fan, I am sure that Riley has heard all the stories of Pujols hitting big home runs for the Cardinals, but now he has a great memory of seeing it happen himself.

The St. Louis Cardinals are headed to Miami for a three-game series starting tomorrow. The pitching rotation for St. Louis has still yet to be confirmed, but it looks as if Adam Wainwright will start for St. Louis.

Jack Flaherty is set to make his return

Jack Flaherty is set to make his return to the big league club on Wednesday afternoon when he will start against the Pittsburgh Pirates. Read below to see what is new with Flaherty and the current series. […]