Many starters and key players for the St. Louis Cardinals are looking to make their way back to the team. Read below to see what St. Louis can do with the plethora of players they have. 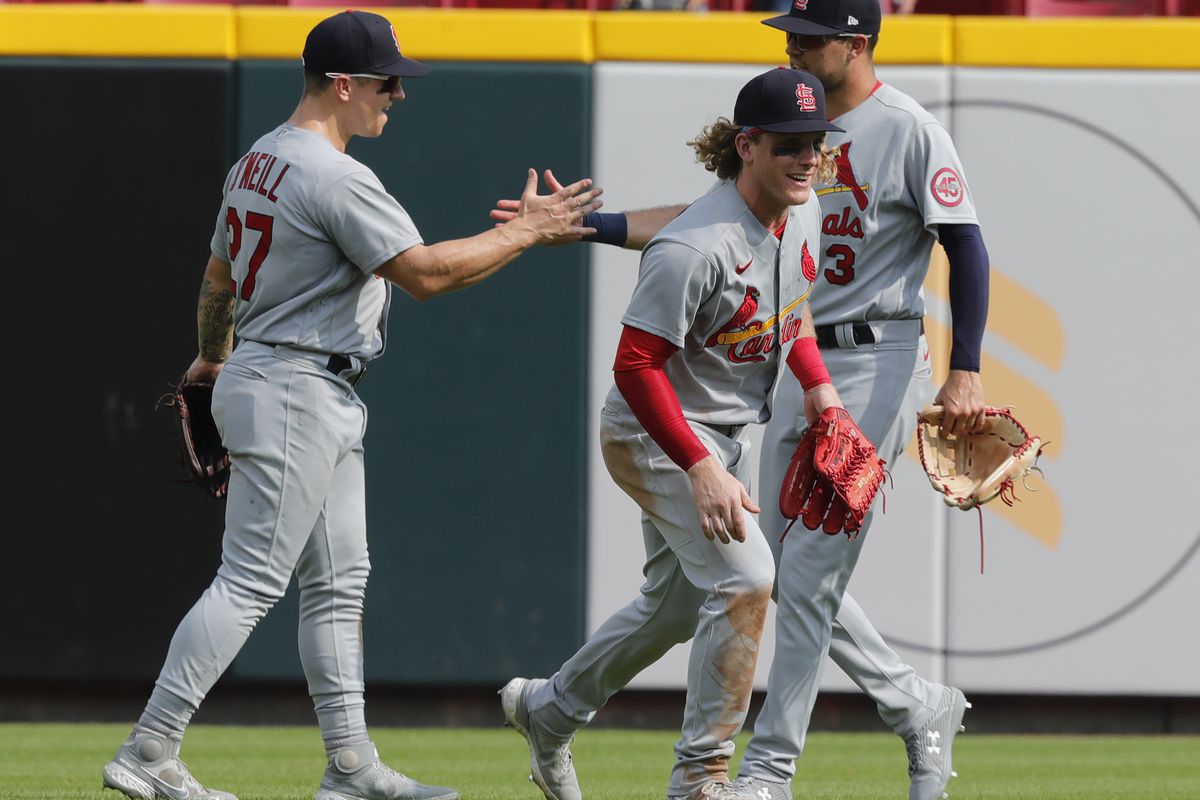 Once again, the St. Louis Cardinals have battled the early part of the season through big injuries. This year seems to be worse than recent years with Tyler O’Neill, Dylan Carlson and Jack Flaherty all out. O’Neill and Carlson went down this season and Flaherty has been out since last season.

The injuries have forced players like Brendan Donovan, Juan Yepez, Lars Nootbaar and Corey Dickerson to get more playing time. Yepez has been a big plus for St. Louis in his rookie year. Although he has slowed down recently, Yepez is batting .271 with 26 hits on the season.

Brendan Donovan is another impressive rookie that the Cardinals have utilized in many ways this season already. Batting .303 on the year, Donovan has shown that he deserves to be in the lineup for this team. That will only make decisions harder when the regular starters come back.

After struggling in game one of the series, the Cardinals broke out the bats for 14 runs against the Chicago Cubs. After a three-run shot by Paul Goldschmidt in the third inning to take the lead, St. Louis powered their way to a victory.

The three-run home run by Goldschmidt extended his hitting streak to 25 games and his on-base streak to 39 games. He was also named the National League Player of the Month for May on Friday as well.

Nolan Gorman was back in the lineup Friday for St. Louis and after two early strikeouts, Gorman made his presence known with a mammoth home run. His third of the year gave St. Louis the lead for good.

Most notably, Corey Dickerson hit his first home run as a St. Louis Cardinal and the first of the year. He would hit a second home run in the ninth inning but it came off position player Frank Schwindel.

The good and bad thing for St. Louis is that both Tyler O’Neill and Dylan Carlson have started rehab assignments. O’Neill is in Triple-A, Memphis and Carlson is down in Double-A, Springfield. If both are healthy enough to return within the next week or so, how will St. Louis handle that?

Lars Nootbaar would, unfortunately, be sent down again as that is the most obvious choice but what would St. Louis decide to do with Dickerson? They can’t keep four to five outfielders on the roster.

One option is to send down Edmundo Sosa or to trade Sosa for pitching help. Unfortunately with Donovan, Gorman and Edman, Sosa will not be seeing the field much. Now is a great time to trade him for pitching depth in both the bullpen and starting rotation.

How can St. Louis turn this depth at the primary positions into trade possibilities? Who is out there that is worth trading for?

The market is not very hot right now and that is because many pitchers that would be on the market are struggling. Take Frankie Montas for example. Montas has a 3.20 ERA and a 2-5 record. The ERA is not too bad but the record is not great, as that will happen when you play for the Oakland Athletics.

The Cardinals have their work cut out for them in the NL Central Division. Milwaukee lost on Friday night to the Padres after Joe Musgrove took a no-hitter into the eighth inning. St. Louis sits just two games out of first place currently.

The Cardinals and Cubs will play a doubleheader on Saturday with Andre Pallante and Johan Oviedo starting as the pitchers. The order has yet to be determined but those are the two starting pitchers and will be decided on in the morning.

On Sunday, the Cardinals and Cubs play the late game on Sunday Night Baseball. Adam Wainwright and Justin Steele are the two pitchers slated to go in that game.