After a big win on Tuesday over the Milwaukee Brewers, it is evident that the St. Louis Cardinals need help. Where should the team look and what help do the Cardinals need? 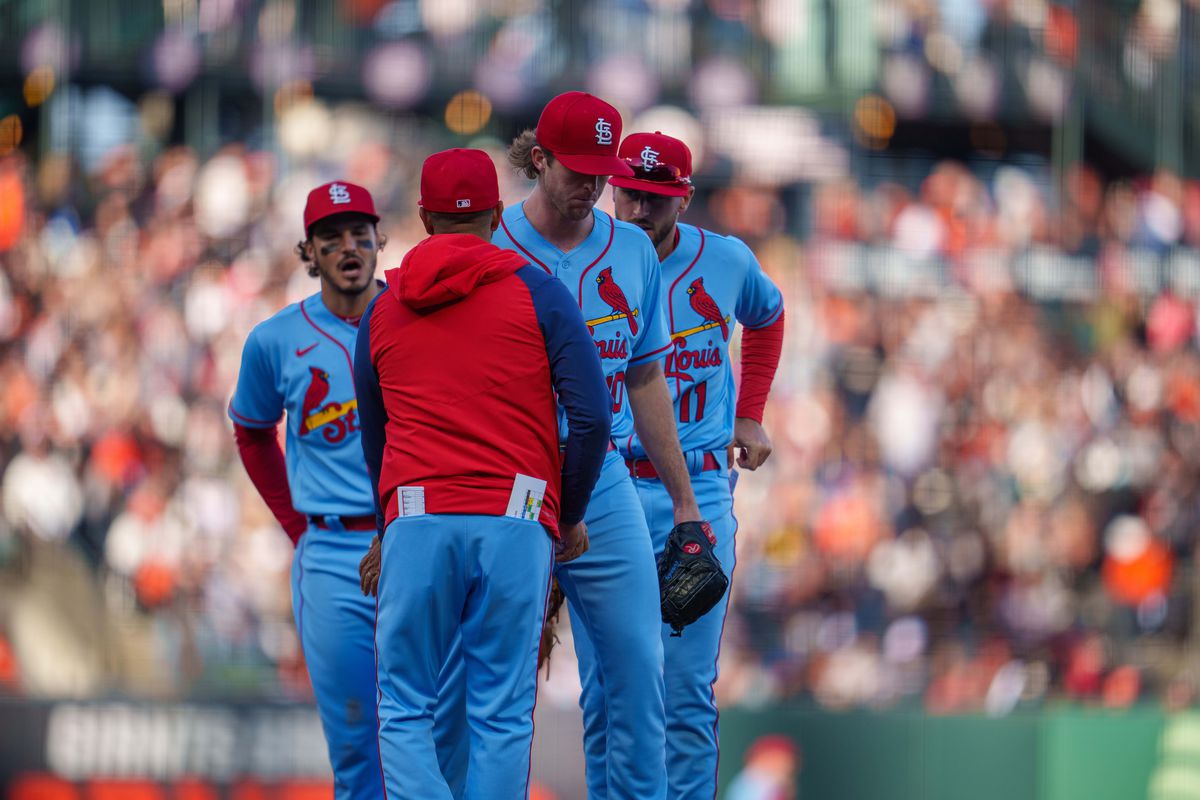 Even with the win on Tuesday night and tying Milwaukee again for first place in the NL Central Division, the St. Louis Cardinals need help and need it in a bad way. From offense to pitching, there are many moves that have not panned out this year. There is plenty of time for players and the team to turn their season around but now is the time to take advantage of their current situation.

Monday night’s loss was an absolute abomination of a performance. The Cardinals were held to two hits on the night and both came from Juan Yepez. Corbin Burnes absolutely dominated the Cardinals for the entire night and one pitch from Miles Mikolas sealed the deal for the Milwaukee win.

In game two of the series, the Cardinals responded in a big way with a 6-2 victory. Nolan Gorman led the Cardinals on the night with a 4-4 performance including two home runs and four RBIs.

Gorman sends us straight into the lead! pic.twitter.com/x04wcueDPw

St. Louis primarily needs help in the bullpen but the lineup needs to be more consistent as well. The Cardinals are in second in the NL for least amount of strikeouts on the year, even after back-to-back days with 10 or more strikeouts against Boston and Milwaukee.

What moves should the Cardinals make?

It is easy to continue to talk about how the Cardinals should trade for starting pitching like Madison Bumgarner or other players of that caliber but the starting pitching is not where things are going wrong. The bullpen needs to be revamped and we are starting to see the coaching staff make moves to do that.

Let’s start by saying that St. Louis has three very solid relievers in Genesis Cabrera, Giovanny Gallegos and Ryan Helsley. Those three cannot be used in every game and Marmol has publicly stated that he will not use Helsley or Gallegos in games they are losing.

Last year’s team is not much different from the team we have seen this season. New players like Yepez, Brendan Donovan and Gorman have all made their presence known but the same issues continue to appear with a new manager. Oliver Marmol called out that he may need more help when it comes to working with his pitching staff.

Marmol on the #STLCards' middle inning reliever situation: "It needs to get better. I've said it before, I'll continue to say it — I'm not using Gio down two. Gio is here to pitch when we're even and ahead. Helsley is here to pitch in high leverage situations, not down two." pic.twitter.com/peZmWVF8NX

Marmol is not only calling out his pitching staff but it may be a cry for help to the front office. The bullpen was lackluster for the first half of the season last year before they turned it around. Could the same be true this season as well?

Marmol has already moved Zach Thompson and Johan Oviedo into new roles, taking over spots where we would typically see T.J. McFarland and Drew VerHagen. McFarland was signed to an extension over the offseason after a great performance in the second half of last season. Drew VerHagen was signed in the offseason and his performances have not been great yet for St. Louis.

The rookies take over

The three rookies of Yepez, Donovan and Gorman have taken over the St. Louis roster. All three players bring something different to the team and they create flexibility for the coaching staff and roster.

After carrying the team’s offense for the last month or so, Paul Goldschmidt sat out of Tuesday’s game due to back stiffness. The ability for both Yepez and Donovan to play first base is a huge bonus for St. Louis. That allows the team to keep Gorman or Yepez in the lineup at designated hitter and play the other in the field.

Donovan has shined all season for the Cardinals but Tuesday night belonged to Gorman. The rookie had his first multi-home run game and his second game with four hits and four RBIs. His sixth home run of the year and the second of the night was his first home run that did not go over 440 feet as it traveled only 436 feet.

TWO FOR THE ROOK!

As stated by ESPN Stats, Gorman is the first rookie and the youngest player in Cardinals history to have four hits and two home runs in a single game.

Nolan Gorman is the first rookie and youngest player (22 years, 42 days) in Cardinals history with 4 hits and 2 HR in a single game.

With a few months before Spring Training is supposed to start, who will play shortstop for the St. Louis Cardinals in 2022? Read below on our thoughts of who might be seen at the shortstop position this season. […]