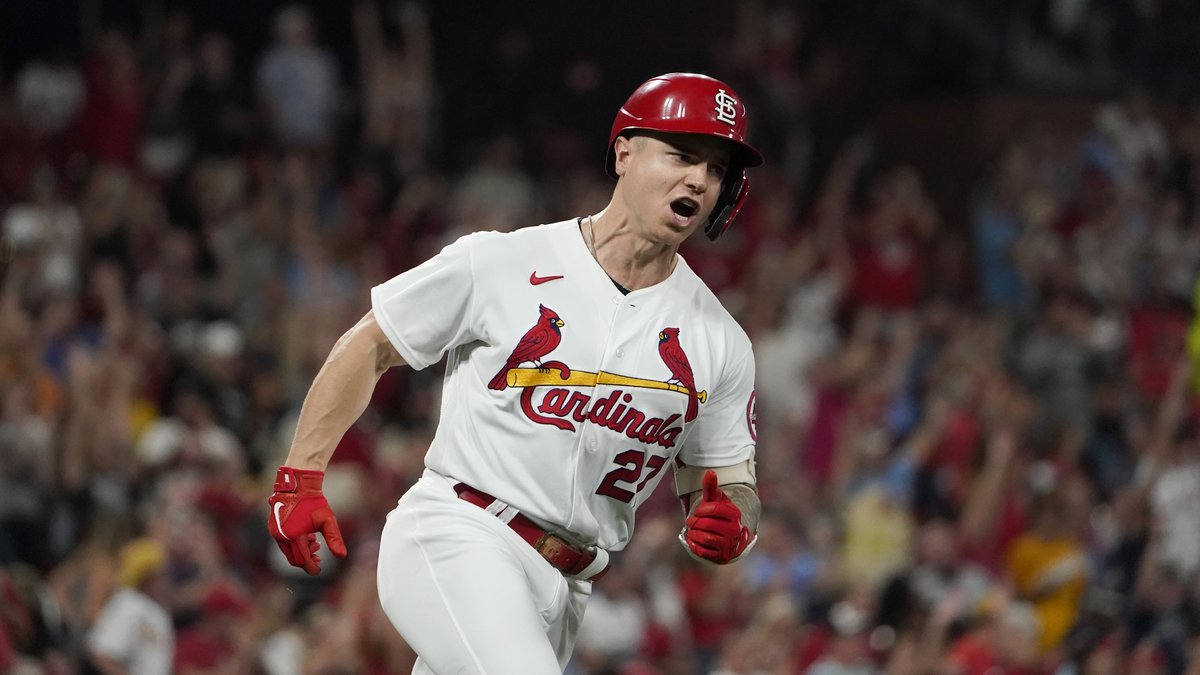 St. Louis collected two much-needed wins over the weekend against the Atlanta Braves in comeback fashion. After being blasted 11-4 on Friday night, St. Louis trailed 5-2 on Saturday night before scoring two runs in the fifth inning on a Nolan Arenado two-run home run. Trailing 5-4 in the ninth inning, St. Louis once again rallied to score two runs off the Braves closer, Kenley Jansen.

It was the first rough outing we have seen from new St. Louis pitcher, Jordan Montgomery. Coming into the game, Montgomery has a 0.36 ERA in his starts as a Cardinal. That quickly ended after he surrendered five earned runs on eight hits, in five innings of work. Luckily, the St. Louis bats had his back and came to the rescue in the ninth inning.

Ryan Helsley kept Atlanta quiet in the top of the ninth with just 11 pitches. After the leadoff groundout by Lars Nootbaar, Brendan Donovan quickly reached base with a double and went to third on a wild pitch. With a walk to Paul Goldschmidt and Nolan Arenado hit by a pitch, the bases were loaded for Corey Dickerson.

A weak ground ball led to an infield single that tied the game and Tyler O’Neill drew a walk, to walk off the game, a 6-5 victory in favor of St. Louis.

The rubber match of the series came down to a Sunday night game on ESPN. The beginning of this game went quickly with Adam Wainwright and Jake Odorizzi on the mound for their respective teams. Odorizzi held St. Louis hitless through 5.2 innings until Lars Nootbaar snuck a home run out in the left-field corner.

St. Louis rallied for a few more hits, knocking out Odorizzi and scoring one more run in the sixth inning. Subsequently, Ryan Helsley gave up a three-run home run in the seventh inning after Adam Wainwright was pulled with two outs in the seventh. It was Dansby Swanson that gave the Braves the lead on the three-run shot.

The game was far from over when Tommy Edman greeted Braves reliever A.J. Minter, who just entered the game, with a solo shot to tie the game on the first pitch. Two more Cardinals reached base in the inning and Tyler O’Neill got the last laugh when he launched a three-run home run to dead center. Giovanny Gallegos shut the door on the Braves in the ninth inning for the save.

Turning at the right time?

The St. Louis Cardinals are starting to play their best baseball at arguably the right time. As we head towards September, the Cardinals have had the second-best record in the month of August. The Cardinals are 22-6 since July 31 and the only team with a better record happens to be the Los Angeles Dodgers.

In late July, St. Louis trailed the Milwaukee Brewers by four games and now, St. Louis leads by six games over the Brewers. The Cardinals once again have a weaker schedule of opponents coming and would love to take this time to extend their lead in the NL Central Division.

Brendan Donovan for NL Rookie of the Year?

At what point should we start talking about putting Brendan Donovan in the conversation for NL Rookie of the Year? Read below to see why Donovan should be considered for the award. […]