Do not turn the channel to football games just yet because the St. Louis Cardinals are playing meaningful baseball in September. Read below for all the latest on the Cardinals. 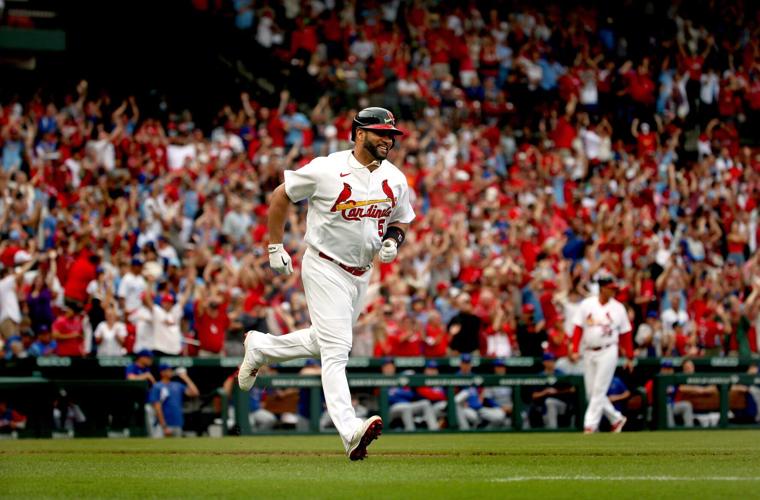 As we flip from August to September, that means many things. The temperature starts to drop, leaves begin to change and pigskins are thrown around once again. While it is easy to change the channel to watch your favorite football team, keep it on Bally Sports Midwest.

St. Louis has and always will be a baseball town. Based on how the NFL has gone in St. Louis, it would not be surprising to see low viewer ratings.

The St. Louis Cardinals currently lead the Milwaukee Brewers by 7.5 games as of today. At the end of July and the trade deadline, the Cardinals trailed the Brewers by 3.5 games. Since the turn of the calendar to August, the Cardinals have gone 25-8.

There are so many other storylines around the St. Louis team besides the comeback to first place. All year long, the storyline has been the “Final Season” for Albert Pujols, Yadier Molina and possibly Adam Wainwright. As we head towards the end of the regular season, it is becoming more real that this is truly the final ride for these three legends.

The countdown currently sits at five as Albert Pujols nears 700 career home runs. He sits one home run behind Alex Rodriguez and would move into a tie for fourth all-time. What didn’t seem realistic at the All-Star break, seems absolutely possible with 27 games left in the regular season.

Whether Pujols gets to 700 home runs or not, the ride we have been on with him and his career is thrilling enough. For him to come home in his final season means everything to the fans. Now, he has a chance to make history and has rejuvenated this roster and fanbase in September.

The best part of it all, the home runs that Pujols is hitting, have meaning. Twice, Pujols has hit a game-winning home run in the eighth inning. Both against central division rivals and in meaningful games, Pujols has left a lasting mark in the game.

Albert Pujols hits a go-ahead home run in what could be his final at bat against the Cubs!

Will Goldschmidt win the Triple Crown?

Goldschmidt has cooled off as of late but is still the best hitter in the MLB and likely on his way to winning the NL MVP in 2022.

The Cardinals lost the first game to the Washington Nationals in the four-game series. Game two is today at 6:45 p.m. CT. Jose Quintana will start on the mound for the Cardinals.

Milwaukee beat the Colorado Rockies yesterday, which moved the lead to 7.5 games.

The offense needs to come alive and the Cardinals need a quality start from Quintana in game two of four against the Nationals.

After the series with the Nationals wraps up, St. Louis heads out on the road for a quick three-game trip to Pittsburgh. After his first start today, Jack Flaherty is scheduled to start again on Saturday, against the Pirates.

Jack Flaherty completed his second rehab start and his first start in Memphis on Friday night. Read below to see the condition of Flaherty and how he is nearing a return to St. Louis. […]

The St. Louis Cardinals are having a ton of issues in the middle of the lineup this season. Primarily, they lack the ability to get runs across the plate. They have no problems getting on […]