For the 10th straight season, the St. Louis Blues are headed to the Stanley Cup Playoffs. Read below to see what has gone well for the Blues recently.

St. Louis had two big games coming into the weekend and both of the games had playoff implications on them. The Blues clinched yet another playoff berth on Saturday evening with an overtime win against the Minnesota Wild. After the big home win, St. Louis went on the road and dominated the Nashville Predators, picking up an 8-3 victory and pushing their winning streak to nine games. 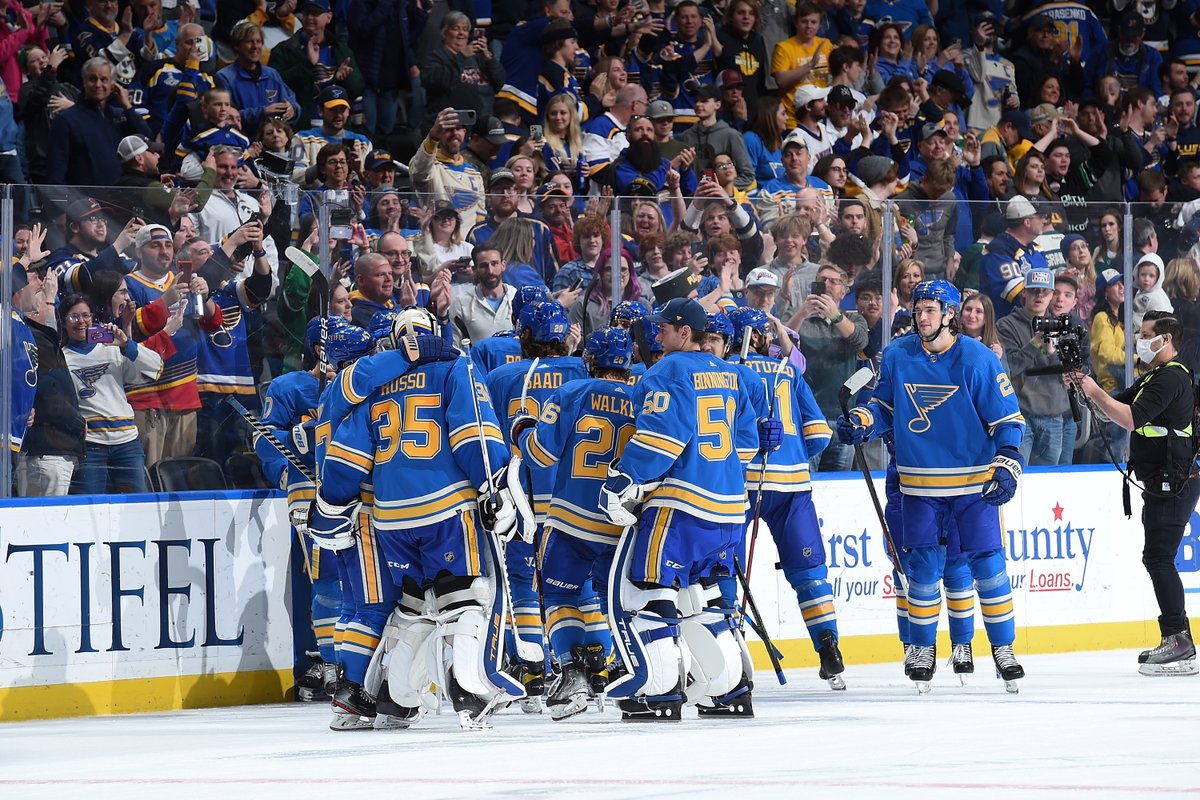 The Blues will be headed to the playoffs for the 45th time in franchise history. That is the most among the non-original six teams and second behind only the Boston Bruins in the entire NHL. Boston has 47 total playoff appearances.

St. Louis is looking for their second Stanley Cup in franchise history, the first coming in 2019 over the Boston Bruins. It will not be an easy road with the Colorado Avalanche as the team to beat in the Western Conference.

Betting fans… Hopefully you have enjoyed betting on the Blues. Our friends at BetByState have put together a killer legal USA sportsbooks guide to help you understand the best places to bet on the Blues.

In the primetime game on Saturday afternoon, St. Louis scored first in the possible playoff-clinching game. Ivan Barbashev got the Blues on the board with a rebound goal. Early in the second period, Ryan Hartman of the Wild would tie the game at one.

After the Hartman goal, St. Louis would dominate the second period, scoring three-straight goals. Vladimir Tarasenko responded minutes later with a goal of his own, before David Perron and Brandon Saad joined the party as well. The Blues lead 4-1 at the end of two periods. 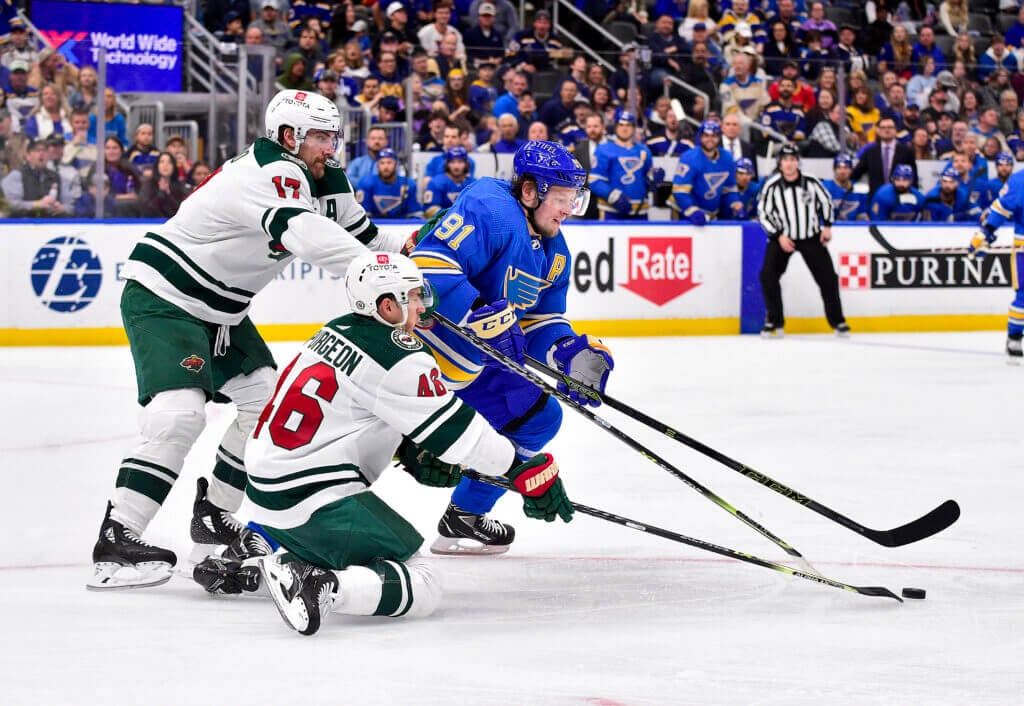 The game was far from over, especially against a very good Minnesota team. The Wild would respond with two goals of their own to start the third period and pull within one of the Blues. Pavel Buchnevich scored shortly after to extend the game back to a two-goal lead and hopefully put Minnesota in the rearview mirror.

That was not the case as Marcus Foligno and Kirill Kaprizov scored the final two goals of the period to send the game to overtime. Just under a minute into overtime, Brayden Schenn scored the game-winner off a pass from Buchnevich.

After a thrilling victory on Saturday night, St. Louis had the tough task of traveling to Nashville to take on the Predators. Nashville is fighting for a playoff spot and could be the fourth team out of the Central Division. The Predators got on the board first by a goal from Nick Cousins and that was the only lead Nashville held all night.

After the opening goal by Cousins, the hero from Saturday night, Schenn got the Blues on the board on Sunday. Entering the second period tied at one, St. Louis scored a franchise-record seven goals in the second twenty minutes. Vladimir Tarasenko started the fun before multiple others joined, including two goals from both Calle Rosen and Jordan Kyrou.

St. Louis led 8-2 after the second period and Nashville would score one more in the third period to give us the final score of 8-3 in favor of the Blues. As many have said, this is arguably the best offense the Blues have ever had. What a statement by St. Louis on Easter Sunday.

St. Louis currently has a hold of the second spot in the Central Division and the Western Conference as well. It is most likely that St. Louis will take on the Minnesota Wild in the first round of the Stanley Cup Playoffs, but as of right now St. Louis would take on the Nashville Predators.

St. Louis was 3-0 against the Wild this season and finished with a 2-1 record against Nashville this season.

The trip to the Stanley Cup is always a grind and long road ahead.

St. Louis has six regular-season games left after the big win on Easter Sunday over Nashville. The Blues are headed back home for a game Tuesday night with the Boston Bruins. St. Louis just beat the Bruins in Boston on April 12.

The Blues will head out on a four-game road trip out west to play San Jose, Arizona, Anaheim and Colorado. The regular season will end with a visit from the Vegas Golden Knights at the Enterprise Center on Friday, April 29.

The Blues look to continue their winning streak and close out a perfect road stretch to start the year. […]