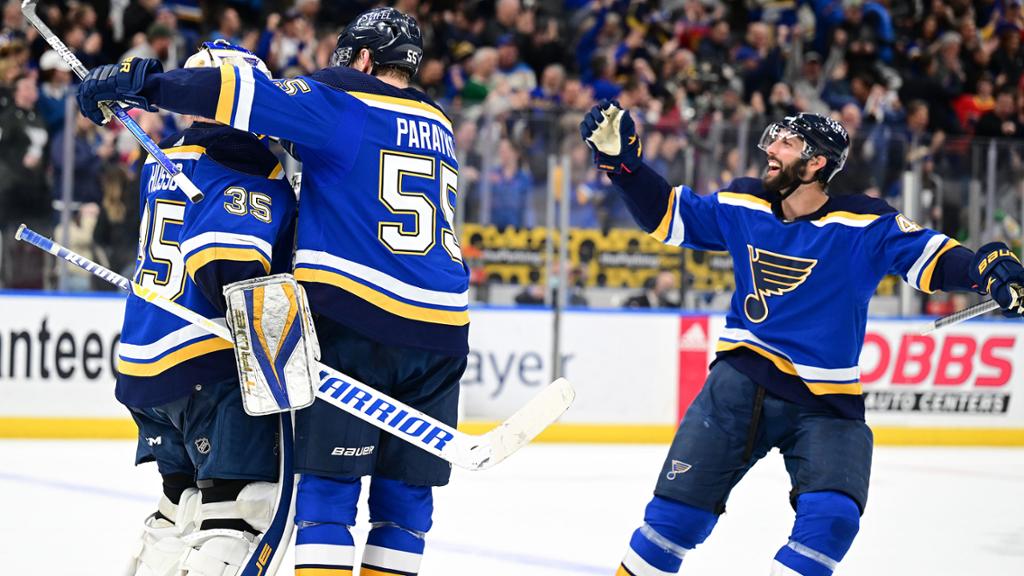 Now the Blues are cheering for the team that ended their season just a year ago. Here is what needs to happen for St. Louis to take home-ice advantage.

1. St. Louis wins in any form (regulation, overtime, shootout).
2. Minnesota Wild must lose to the Colorado Avalanche in regulation.

St. Louis will have their hands full, to begin with, tonight. This is the third game this season against the Golden Knights and St. Louis has won the previous two matchups. If the Blues lose the game tonight, the second task is meaningless and they will be headed to Minnesota on Monday night.

Blues vs. Wild: Does it really matter?

Does it really matter who has the home-ice advantage? We can all agree that the first round will feel like an eternity. Both teams are very good and pretty well evenly matched.

St. Louis has won all three matchups this season, including the win at the NHL Winter Classic. The two most recent matchups included overtime thrillers that went the way of the Blues.

In the last 12 games for Minnesota, they have only lost three games and two came from the Blues. Neither team will want to fall behind in this series.

If the first three matchups were any indication to how the series will go, buckle up because we are in for a wild ride; no pun intended.

The St. Louis Blues enter with a record of 49-21-11 on the season. Besides home-ice advantage, there is a lot on the line tonight for St. Louis. With a win, it would be the fourth time in franchise history that the team has won 50 or more games. The three previous seasons have all resulted in a first round playoff exit though.

With a goal against Vegas tonight, it would be the first season not being shut out in a single game since the 1980-81 season.

Unfortunately for the Blues, it looks like they will be without Brayden Schenn and Marco Scandella. Both players are listed as out on the injury report. Robert Bortuzzo and David Perron are also listed on the injury report but have been listed in the projected lineup for this evening’s game.

The Blues are 3-2 in their last five games, coming off a loss on Tuesday evening to the Avalanche.

Robin Lehner will not start in goal for the Knights tonight, as he is set to undergo shoulder surgery this offseason. Rookie goaltender Logan Thompson is expected to get the start in net.

This is the final game of the season for the Vegas Golden Knights, as they will not be in the playoffs for the first time in the franchise’s short history. In the inaugural season, the Knights made the Cinderella run to the Stanley Cup Finals before losing to the Washington Capitals.

The Knights are 1-4 in their last five games, including a three-game losing streak entering tonight’s contest.

It is another home game for St. Louis tonight, as the Blues look to end their three-game skid. Check out our Blues vs Sharks 11/18/21 Preview. […]