The St. Louis Cardinals closed out their current homestand with a big victory on Sunday Night Baseball. Read below for the weekend recap against the San Francisco Giants. 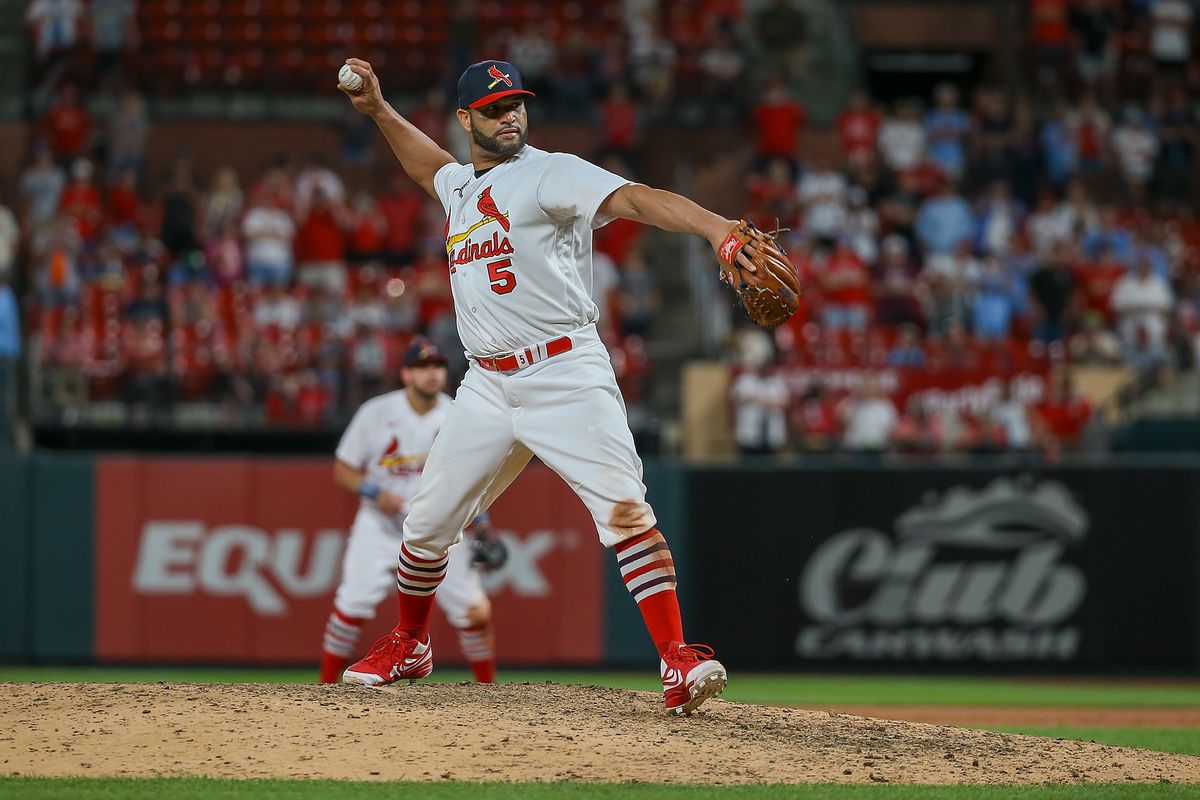 After a miserable start to the weekend, dropping the first game of the series 8-2, the St. Louis Cardinals responded with two key wins on Saturday and Sunday.

On my birthday nonetheless, the Cardinals had a pitiful performance in game one of this series against the Giants. Jordan Hicks had issues on the mound before he even threw a pitch due to the two-toned colors on his glove.

It was the Cardinals that got on the board first but it was quickly all San Francisco after that. Logan Webb shook off a rough first inning with five great innings, allowing three hits en route to his fifth win of the season.

It was a quiet night for St. Louis, with a solo shot by Paul Goldschmidt being the only other run plated by the Cardinals. Jordan Hicks suffered his third loss of the season in five innings of work.

Game two featured a shutout by the Cardinals pitching staff, kick-started by five strong innings by Dakota Hudson. Brendan Donovan doubled in the second inning to bring in Yadier Molina for the first run of the day. Tommy Edman homered in the fifth inning to make the score 2-0.

The Cardinals added insurance in the seventh inning with back-to-back doubles by Goldschmidt and Nolan Arenado to make the game 4-0. Giovanni Gallegos struck out two batters in the ninth inning to seal the win.

Sunday featured a primetime game on ESPN and it was all St. Louis from the start. Carlos Rodon had a tough night because his team trailed 2-0 after just three pitches, largely due to this Big Mac Land blast by Goldschmidt.

Goldy to the Golden Arches! pic.twitter.com/KIWzalgmrA

The Cardinals would score two more in the inning after hits by Albert Pujols and Juan Yepez, scored on a single by Molina. Pujols would drive in a run of his own in the third inning on his second hit of the evening, scoring Goldschmidt.

In the fourth inning, the Cardinals would score four more runs, after an Arenado blast to left. The Giants would add a few runs but it was all St. Louis in the 15-6 victory. In the win, Adam Wainwright and Yadier Molina became the winningest battery duo in MLB history.

Give him the Cy Young Award

Something we thought we would never see, happened on Sunday night. With the game clearly out of reach, Albert Pujols entered the game to pitch, up 15-2. It was the first time that Pujols has ever appeared on the mound in his 22-year MLB career.

It was a memorable first performance, to say the least.

Finish your night with all the highlights from @PujolsFive's pitching debut! pic.twitter.com/3fIYo4JtbF

The veteran couldn’t help but laugh about this experience after the game.

“They made me pay like I’ve been making pitchers pay for 22 years,” Pujols said after giving up four runs in the ninth inning.

On his career record, Pujols walked one batter, gave up four runs and now holds a 36.00 career ERA. Hopefully, this does not keep him from making Cooperstown.

Are the Cardinals turning a corner?

Going into Saturday, the Cardinals had lost five of six games, including three games to the Giants. The two weekend games included a much better offensive performance, including the bomb barding of runs Sunday night. Can the Cardinals stay consistent enough to make a run?

As of today, the Cardinals are 2.5 games behind the Milwaukee Brewers in the NL Central Division standings. Nolan Arenado continues to play at an MVP level and his corner counterpart, Goldschmidt, is starting to heat up as well.

The offense has been fairly inconsistent, which has come with many grumblings about hitting coach Jeff Albert. We have previously discussed the numbers since Albert has become the hitting coach and the offense needs to turn a corner in order for this team to hit a new level.

The Cardinals received discouraging news about Alex Reyes over the weekend. Reyes has felt right shoulder soreness while throwing recently. The team has shut him down currently and he will receive a second opinion on his shoulder.

The team did receive good news on Jack Flaherty’s end though. By the sound of it, Cardinals general manager Mike Girsch and staff are very pleased with the progress of Flaherty. It is possible that we will see Flaherty make a minor league rehab trip soon.

The St. Louis Cardinals have named their new manager, that being the former bench coach and player within the Cardinals organization, Oliver Marmol. […]

The St. Louis Cardinals could have made a splash with their most recent signing. Check out our article to find out who Won-Bin Cho is. […]

Nolan Arenado gets to have some fun against his previous team as the St. Louis Cardinals are set to host the Colorado Rockies for a three game series. […]