The St. Louis Cardinals complete a homestand sweep with wins over the Chicago Cubs and the New York Yankees. Read below about the exciting last week of baseball by the Cardinals. 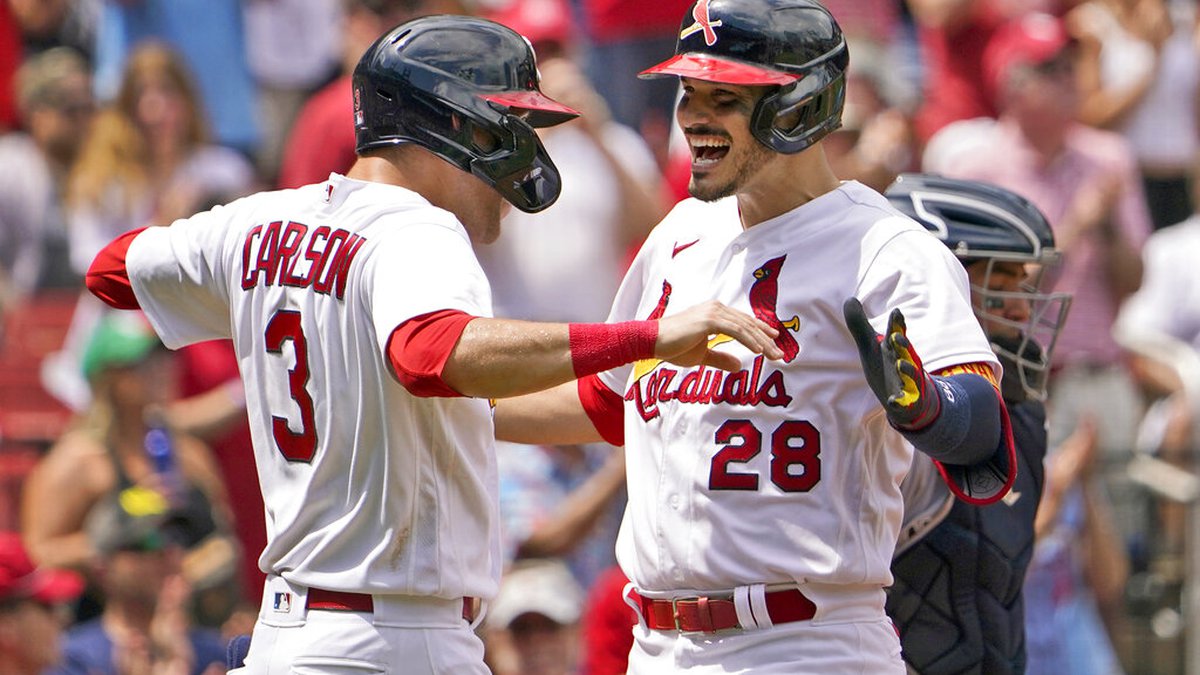 After taking both games of a doubleheader and a sweep of the Chicago Cubs, the St. Louis Cardinals had a team-defining series against the New York Yankees. The weekend series against the Yankees was beyond defining and very telling of what this St. Louis team could be.

The New York Yankees came to town on Friday to face the red-hot Cardinals but the storyline was all around Matt Carpenter and his return to St. Louis. Surrounded by the spotlight, Carpenter couldn’t help but shed a few tears when talking about bringing his kids back to St. Louis.

As you can imagine, the ovation was loud for Carpenter and as it should be after spending 11 years playing in St. Louis.

.@MattCarp13 gets a big ovation from @Cardinals fans as he returns to St. Louis. 👏 pic.twitter.com/fXpMW9WJsQ

St. Louis would score three unanswered runs, including a two-RBI double from Paul DeJong in the eighth inning. Ryan Helsley slammed the door in New York’s face to close down the game to get the win for St. Louis.

Saturday was a pitching duel with St. Louis jumping ahead in the first inning on a Nolan Arenado RBI single. That would be the only run scored in the game with Jordan Montgomery holding his former team scoreless in his Cardinals debut. Montgomery joined the team on Thursday after being traded from New York, only to turn around and play his former team on Saturday.

On Sunday, after both offenses were quiet, fans were due for an offensive explosion. That is exactly what they got in the 12-9 St. Louis victory. Nolan Arenado stepped up big for St. Louis with a first-inning single that scored a run and a big home run in the second inning. 10 combined runs came across the plate in the first two innings.

After starting the season batting in the low .100s, Paul DeJong was struggling and sent down to Memphis, Triple-A. For a former All-Star and big-league slugger, getting sent down is never a good feeling. DeJong made the most of it and never felt sorry for himself.

DeJong was the hero on Friday night after the RBI double that won the game for St. Louis. On Sunday, DeJong put an exclamation mark on the victory by slamming a three-run home run in the bottom of the eighth inning.

If DeJong is to come back and have a great career, this could be the series that catapults him back in the right direction.

Race in the Central Division

Currently, in a seven-game winning streak, the Cardinals have jumped ahead of the Milwaukee Brewers by two games in the NL Central standings. Milwaukee has lost five of its last six games, including two series losses to the Pittsburgh Pirates and the Cincinnati Reds.

If Milwaukee fades away in the second half of the season, look at what moves they made at the trade deadline. There should be a few that stand out.

The Brewers come to town next weekend for a three-game series and St. Louis could put the Brewers in the rearview mirror with a big series against Milwaukee.