The St. Louis Blues open up their season tomorrow night in Colorado, facing the team that swept them from the playoffs last season. The Avalanche is a season favorite in the Western Conference and in the Central Division. Led by Nathan McKinnon, the Avalanche are looking to go back to the Stanley Cup FInals for the first time since 2001.

When The Blues Go Marching In

After their team bonding trip in Vail, Colorado, the Blues now head to Denver to get their 2021-22 season underway.

After back-to-back years of disappointing performances in the playoffs, the Blues are looking to make another run in a tough division and conference.

The Blues come marching into the season with a different roster than years past. After multiple offseason moves, the Blues lost long-time player Jaden Schwartz and young star, Vince Dunn. Both players are on the Seattle Kraken roster, Schwartz via free agency, and Dunn through the expansion draft.

In the offseason, the Blues traded for Pavel Buchnevich from the New York Rangers, giving up Sammy Blais and a draft pick. The Blues also traded Zach Sanford to Ottawa for Logan Brown and a draft pick. Both Blais and Sanford were members of the Stanley Cup team.

The organization made two big moves over the offseason to keep a player and a front office member in the blue note for years to come.

Defensive men, Colton Parayko was signed to an eight-year deal for $52 million. Parayko is still under his current contract for one more year, but the Blues wanted to make sure they kept the big man in the blue note uniform.

The organization also extended the contract of General Manager Doug Armstrong for five more years. Since Doug Armstrong took over as GM, his number one goal was to win a Stanley Cup. That goal has been accomplished and Armstong is now looking to win another. 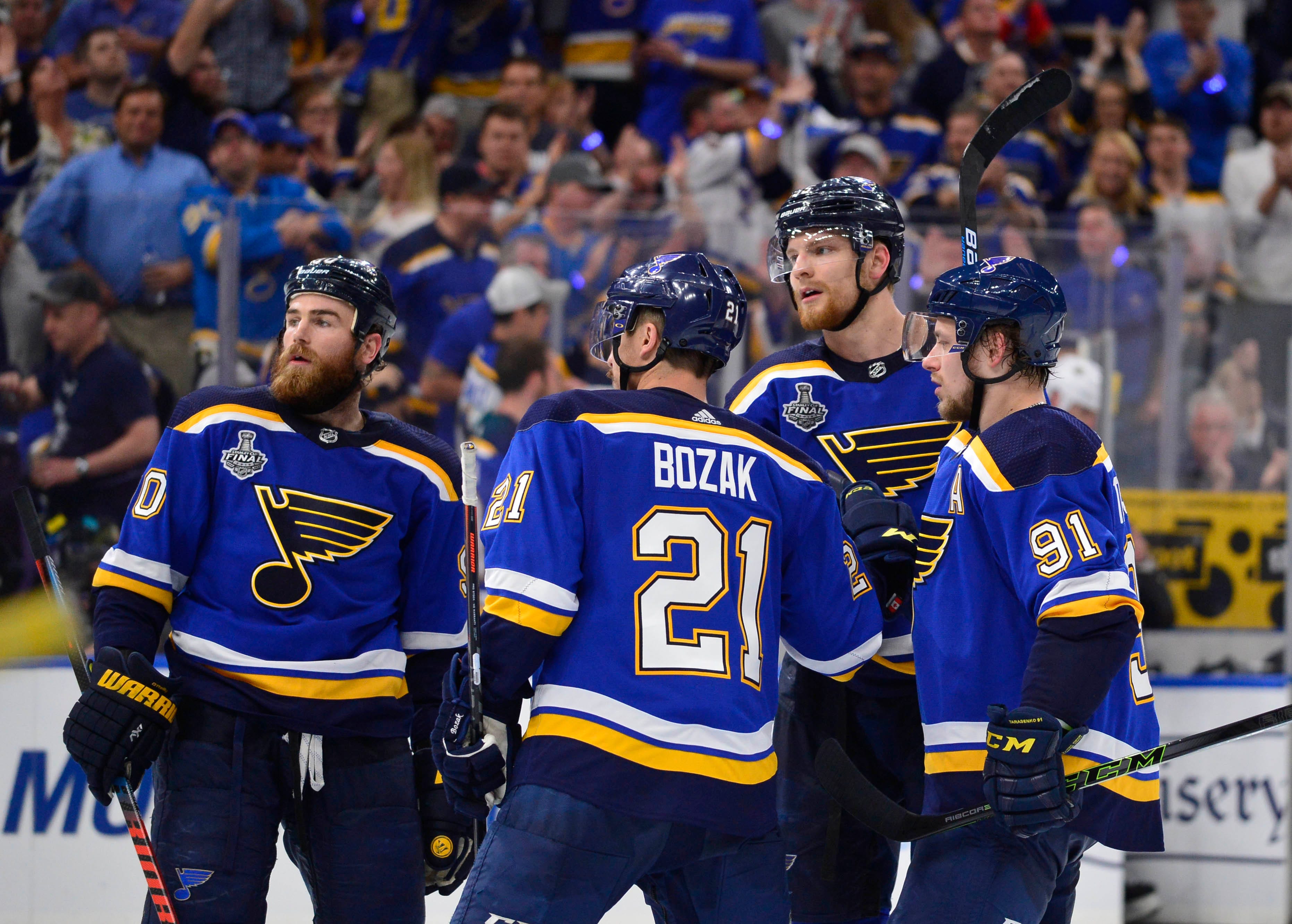 I am cautiously optimistic about this Blues roster. Looking at the line the Blues have set out, it is arguably one of the best on paper this organization has ever produced. The trade for Buchnevich was a huge addition and signing Saad in the wake of Schwartz leaving will help. Schwartz’s departure may hurt more for the heart than it does production-wise, as Schwartz was a fan favorite and a huge part of the Stanley Cup run.

A large part of this season will be decided by the man in between the pipes. The Blues will need a bounce-back year from Jordan Binnington. Binnington had a down year last season with his worst save percentage and worst goals-against average. If Binnington is able to play as he did in his rookie year, this could be another successful season for the Blues.

They face an uphill battle against the loaded Central Division and the loaded Western Conference. Top teams here include the Vegas Golden Knights, Colorado Avalanche, Minnesota Wild, Winnipeg Jets, and the Nashville Predators. In the Eastern Conference, the top teams include the Boston Bruins, Washington Capitals, Tampa Bay Lightning, and the Carolina Hurricanes.

The St. Louis Blues are on the road again, this time in Montreal to take on the Canadiens. Read below to see our game preview and bet of the day. […]

How do the St. Louis Blues regroup for game two?

After the game one win, how do the St. Louis Blues regroup for game two? Read below to see what happened in game one and what to look for in game two. […]