There’s no doubt that a truncated season affected the St. Louis Blues. But to be honest, it wasn’t the only factor that prevented them from moving forward in the NHL playoffs. There was also a lack of consistent structure within the entire organization that led to their early downfall in the first round against the Colorado Avalanche.

When asked what their thoughts were on the final game of the season, here is what the Blues had to say about the sweep that ended their run for the Stanley Cup.

No excuses for Tarasenko

According to Vladimir Tarasenko, there were no excuses for how poorly the team played throughout the series. He said it was embarrassing and that he wasn’t ready for questions just yet. He went on to say that he could tell whatever he wanted but that FU%* it was what it was. “There are no words, there’s not much to say.”

When asked what made the difference in game four of the first round, Tarasenko said that the Avalanche are a really good team and that they managed to score on power plays. When asked about his two goals, he said they didn’t mean much to him because it wasn’t enough to bring home a win for the Blues.

On a positive note, however, he went on to say that it was nice having fans back at Enterprise Center.

“It’s been a while since I played with the fans personally, and the guys enjoyed having the fans back.” He thanked everyone for the support regardless of whether or not they believed in the team.

Ryan O’Reilly went on to say that clearly, the Blues didn’t give themselves a chance and that he felt bad for goalie Jordan Binnington who played an outstanding game for the team despite the fact that they lost.

He said that the Avalanche were the better team of the series, especially during the last game where the Blues couldn’t shoot the puck into the net. “It’s very disappointing.” It was tough to generate goals because they didn’t take care of the puck enough. They tried to make the game easy, but they didn’t set it up as a team.

It didn’t help that the Blues were plagued by injuries both throughout the season and into the playoffs, but that doesn’t mean moving forward, they can continue to play as poorly as they did against the Avalanche. 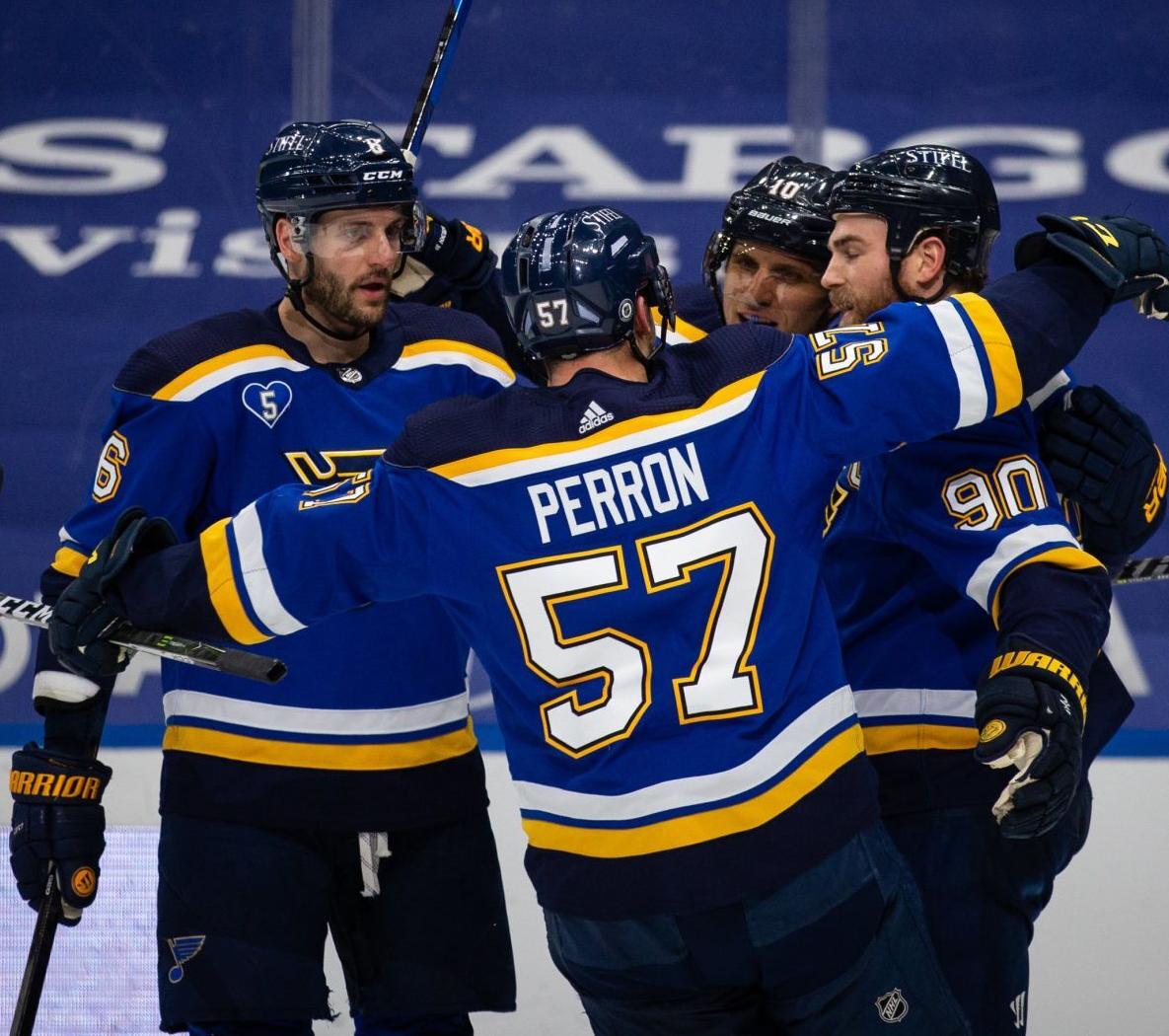 When asked about the team’s injuries, Craig Berube went on to say they went through it all year but that he wasn’t going to use that as an excuse for how his team played against Colorado.

With so many men moving in and out of the lineup because of injuries, it’s difficult for any team to find their identity because you’re always struggling to figure out how to get it together. He admitted that the line with Colton Pareyko was weak and that the Avalanche found a way to break through it and that the team didn’t do enough defensively against them to bring home a win.

Mind you, the Blues played Colorado several times before the playoffs, and in each of those games, the score was close. On April 22, the Avalanche won 4-2, but on April 24, the Blues won 5-3, and two days later, they won again 4-1. What made the difference in the playoffs? Key plays that the Blues weren’t able to get a handle on.

One thing that was missing the entire season—there wasn’t just one factor—whether it be the number of injuries or the fact that they never had a complete lineup for much of the year, they simply looked bad on the ice.

Berube went on to say he felt good about the fact that the PK, the Penalty Kill did get better throughout the shortened season and that defensively the team got better as well but that their ability to score goals dried up.

Overall he was happy with the way his team performed this season because it resulted in a run for the Stanley Cup but that events before the series prevented his players from moving past the first round. They are, however, a better team than losing four straight games, and most fans would agree that Berube is correct in saying that.

It’s highly unlikely that COVID-19 will be a thing of the past, but maybe it will be less of a factor in the upcoming season than it was during this season.

Hopefully, the upcoming season results in a full house for the Blues because, more than anything, the players need the support of their fans cheering them on to victory. The Blues have one of the most loyal fan bases in the entire NHL, and it just wasn’t the same this season with reduced capacity at the Enterprise Center. Season ticket holders were limited to just one game per home-ice series, and for many fans, that wasn’t enough.

The Blues would also have a huge morale boost in the fall if they can remain injury-free. Having everyone back in the lineup goes a long way when trying to coordinate lines. As Craig Berube said, if you’re constantly trying to figure out how to read each other as players, then it’s hard to get your act together.

At this time, it remains to be seen if there will be changes at the back of the house, but overall the Blues played well. They ended the regular season with 27 wins and 20 losses, and with many factors being beyond their control, it’s best we all cut them some slack and allow them to move forward from here.

Blues hire coach after assistant Jim Montgomery was hired to be the head coach for the Boston Bruins. General Manager Doug Armstrong announced that Craig MacTavish was selected to be the new assistant under Craig […]