Scott Rolen misses out on the Hall of Fame again this year, but he should be in next year. Read below to see our Hall of Fame case for Scott Rolen on Saint Louis Sports.

This was Rolen’s fifth year of eligibility on the Hall of Fame ballot and he made a considerable jump from his percentage of votes last year. In the 2020 voting, Rolen received a percentage of 52.9. This year he made the jump to 63.2%. Is next year the one that sends Rolen to Cooperstown?

Rolen played 17 years in the MLB and spent six of those years in St. Louis. He is a fan favorite in St. Louis and is still remembered well after he left at the end of the 2007 season. Rolen had 678 hits, 111 home runs, three Gold Gloves, four All-Star appearances, and one World Series Championship in his time in St. Louis.

In his career, Rolen was a Rookie of the Year, seven-time All-Star, won eight Gold Gloves, and has over 300 home runs. He was a career .281 hitter and had a fielding percentage of .968. To answer the question, Scott Rolen should absolutely be in the Hall of Fame. The fact that Rolen is not yet in the Hall of Fame further shows the issues with the voting system.

What Is Wrong With The Voting System?

David Ortiz is a first-ballot Hall of Famer as he should be, but it came with backlash. Yesterday, the time ran out for Barry Bonds and Roger Clemens. Bonds is the career home run leader and Clemens has the most Cy Young Awards by any pitcher. It is a shame that neither player has made it into the Hall of Fame. 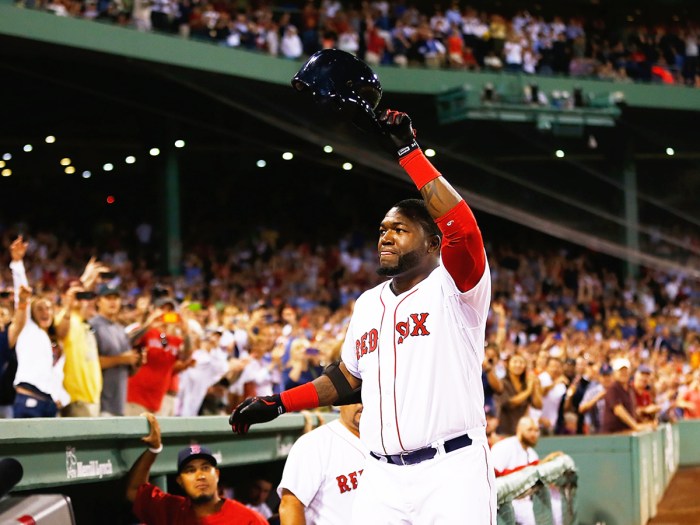 Yes, we know the issues of steroid use for Bonds and Clemens, but does it really matter? The MLB did nothing to hinder the use of steroids during their career and only took offense to the matter after both players retired. The MLB was revolutionized by players and the use of steroids. Sammy Sosa is currently on the ballot and he will not get in if the rules do not change.

If you polled the majority of baseball fans, most would allow for Bonds, Clemens, and Sosa to all be in. Without them, who knows where this game would be. Steroids or not, it is absurd not to have the career home run leader and Cy Young award leader not in the Hall of Fame.

The Hall of Fame Voting System is a popularity contest voted on by the Baseball Writers Association of America (BBWAA). This year has been more prevalent than any year before because the voters continue to “preserve the game” and to “protect the Hall of Fame.” The MLB needs to change the way players are voted in, and it should not be from a group where many turn in blank ballots.

The Irony of It All

In Scott Rolen’s case, all you have to do is look at Mike Schmidt and Rolen should be in the Hall of Fame. Looking at a tweet from Dan McLaughlin, TV broadcaster for the St. Louis Cardinals, there is only two third baseman who have 8 Gold Gloves or more, and 300+ home runs, Mike Schmidt and Scott Rolen. McLaughlin offered to get into the analytics of the situation but looking at that statement alone, how is Rolen not in?

Not only stating the case of Scott Rolen, but the Cardinals have a few other players currently on their roster with Hall of Fame careers. If it is this difficult for Rolen to get in, what does that say for Yadier Molina or Adam Wainwright? We have discussed Wainwright and his career on our site as well.

Looking at the case of steroids, David Ortiz was linked to using steroids in his six years in Minnesota. In 2003 Ortiz tested positive for drug use, what drug has remained unknown. The MLB changed its testing policies in 2004 and Ortiz never tested positive again. Nonetheless, the argument is still there for the taking. If Ortiz can take steroids and make it in on his first try, why should other players be banished in a way from receiving the credit they deserve?

Curt Schilling missed the Hall of Fame voting this year as well. 2021 was the final year for Schilling to be on the ballot. Schilling made poor comments years ago that affected his status with the BBWAA. Last year, Schilling asked for his name to be taken off the ballot but that never came to fruition. Yet another Hall of Fame player is kept out of the Hall of Fame because people do not like it.

Changes that need to be made by the St. Louis Cardinals

So far this season, the St. Louis Cardinals have been consistently inconsistent. Read below to see the changes that need to be made by the front office heading into the summer. […]

Another gut-punching loss for the Cardinals

The St. Louis Cardinals suffered another gut-punching loss on Wednesday night, this time at the hands of the Miami Marlins. Read below about the tough loss and the games coming up. […]