October 27th marks a very significant day in St. Louis Cardinals baseball history. A date that a team and many players will live in infamy for the Cardinals.

A cold night in St. Louis, the 46 thousand plus people did not mind at all. It was the St. Louis Cardinals and the Detroit Tigers facing off in the 2006 fall classic. After a rainout that moved Game 4 back a day, the Cardinals won Game 4, 5-4, and took a commanding 3-1 lead in the series. Jeff Weaver pitched an absolute gem, going eight innings allowing four hits, two runs and he struck out nine batters.

This allowed the young arm of Adam Wainwright to finish out the game. Wainwright struck out the third baseman Brandon Inge to end the game and gave the St. Louis Cardinals their 10th World Series Championship. 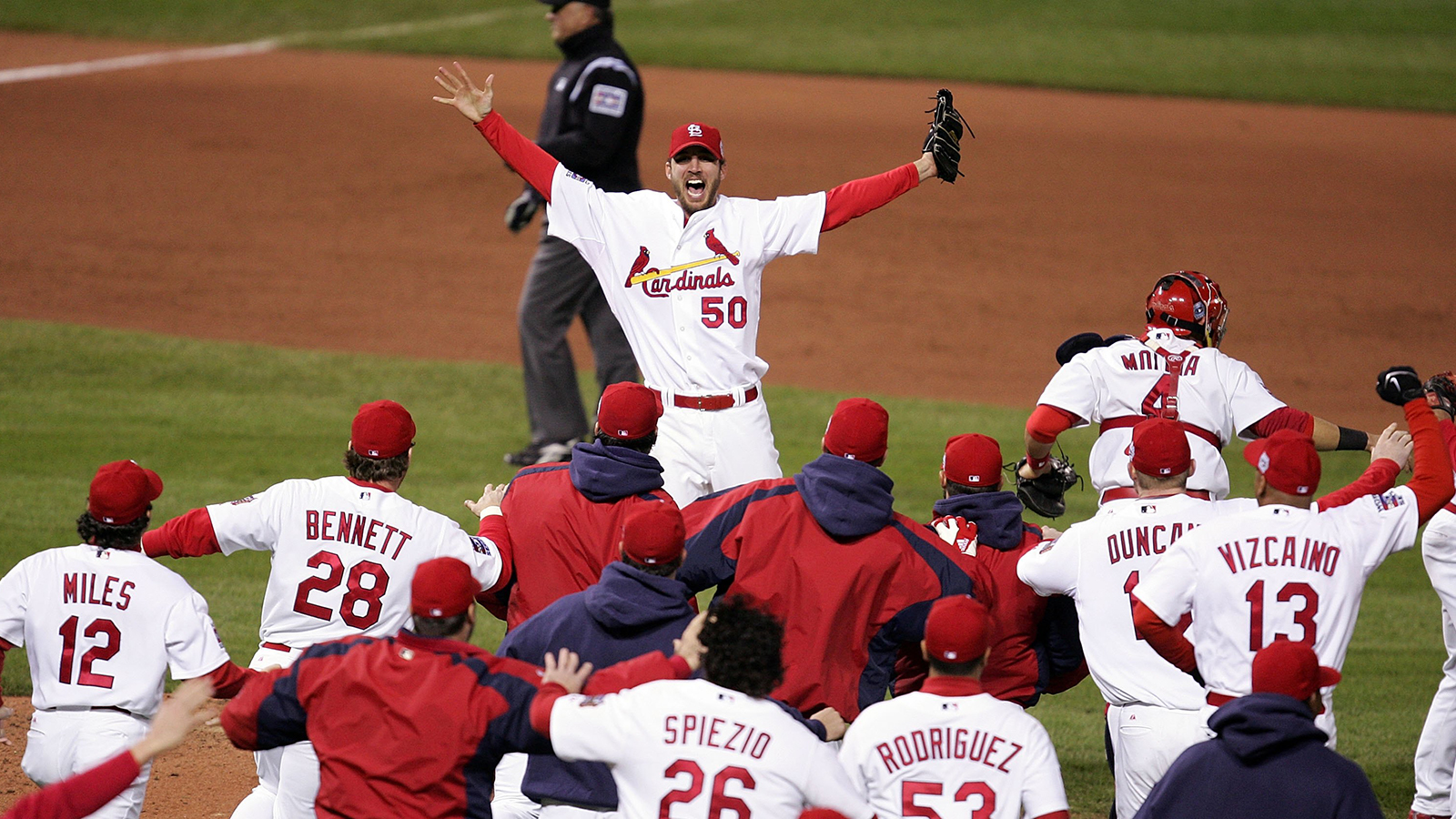 It was a single off the bat of David Eckstein that scored Yadier Molina and the Cardinals were on the board first in the second inning. The Tigers would score two in the fourth to which the Cardinals responded with two of their own in the bottom half. From there it was all St. Louis. Timely hitting and small ball allowed the Cardinals to score four runs and give their young star Wainwright a chance to win a championship.

The MVP of the World Series was David Eckstein who went 2-4 with two RBIs in Game 5. This is a game that sticks in my memory well, as I watched from home, my dad was in attendance that night to witness one of the best games in Cardinal history.

A Cardinals team that struggled for most of the year, but caught fire in September with a record of 18-8 that month. The Cardinals were chasing the Braves for the final spot in the NLDS and with the Braves bad month of September going 9-18. It came down to the final game of the year, a gem from Chris Carpenter against the Houston Astros and a Braves loss to the Philadelphia Phillies.

The Cardinals faced the daunting task of taking down the 102-win Phillies in the NLDS. After the rally squirrel helped the Cardinals win Game 4, it was a win or go home scene in Philadelphia for Game 5. A barn burner of a game and a classic by the veteran Chris Carpenter, the Cardinals won the NLDS in a 1-0 finish. The Cardinals scored the only run of the game in the first inning. From there Chris Carpenter went nine innings strong only allowing three hits.

A divisional matchup was set for the 2011 NLCS between the Cardinals and the Brewers. It was an offensive battle that featured 69 total runs between the two teams. The Cardinals would win the series in six games, winning Game 6 by a score of 12-6.

This date is one that not only Cardinal fans remember but baseball fans, in general, remember this performance. What is coined as the “David Freese Game” magic took place in St. Louis that night. Game 6 of the 2011 World Series between the Texas Rangers and the St. Louis Cardinals.

The Cardinals trailed by one after a shaky first inning from Jaime Garcia but the Cardinals took the lead in the bottom half with a two-run home run by Lance Berkman. This game went back and forth until the very end.

Lance Lynn pitched in relief in the seventh inning with the game tied at four but it was quickly no longer tied with back-to-back home runs by Adrian Beltre and Nelson Cruz. Ian Kinsler added an RBI later in the seventh and the Rangers look to have put the nail in the coffin on the Cardinals. It was a substitution of Allen Craig for Matt Holiday that helped with Craig blasting a solo shot in the eighth inning to pull within two.

The Rangers went quietly in the ninth and they now need three outs to win their first-ever World Series. Neftali Feliz came on in the ninth inning for the Rangers to get the final outs. It was a strikeout of Ryan Theriot to start the ninth, but Albert Pujols stepped up and lined a double. Feliz then walked Berkman but struck out Allen Craig. With the tying runs on first and second, it was up to the hometown kid, David Freese. Freese faced with a 1-2 count, down to his final strike, lined a ball into right field where Nelson Cruz misplayed the ball by leaping into the wall which allowed both runs to score and Freese into third with a triple. 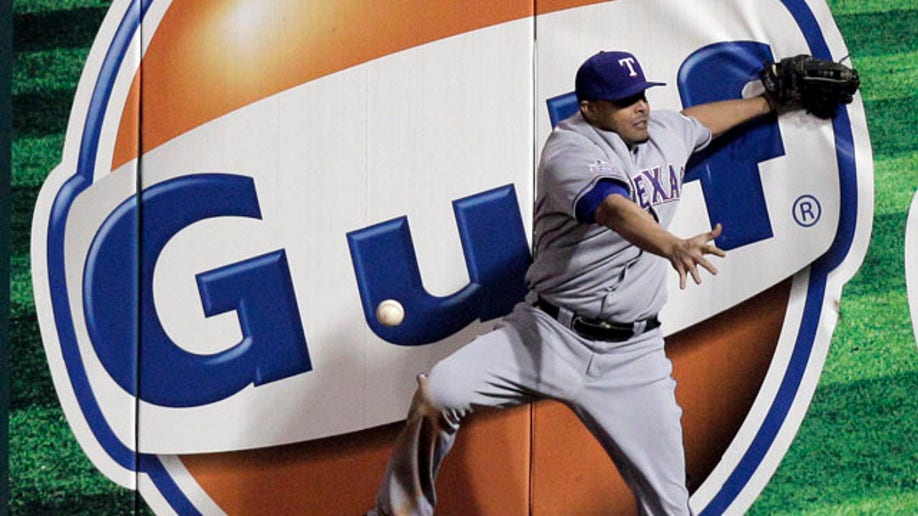 This is the part where I remember my dad dancing around my living room and celebrating the comeback by the Cardinals. The Cardinals had found a way to tie it up once again and send this game to extra innings.

In the 10th inning, the star power hitter of Josh Hamilton put the Rangers back up two after a moon shot. The Cardinals were faced with another deficit to try and come back from. Back-to-back singles in the 10th by Daniel Descalso and Jon Jay, the Cardinals were in business again. A crucial moment in this game came from Kyle Loshe on a sacrifice bunt that moved the runners into scoring position. A groundout by Nick Punto brought in Descalso, and the Cardinals were down to their final out once again with the tying run 90 feet away.

An intentional walk to Albert Pujols set up one of the most underrated and forgotten moments of this game. With Lance Berkman up to the plate, Berkman fell behind 1-2, and again the Cardinals were down to their final strike. You could feel the nerves once again of all the fans in the stadium. Berkman worked the count to 2-2 and he laced a single into center field scoring Jon Jay to tie the game again. It was the first time in World Series history that a team had come back twice from two runs or more in the ninth inning or later.

“Freese in the air to the center… We will see you tomorrow night.”

One of the best and most simple calls from Joe Buck will live in history. The comeback was complete and the Cardinals survived for a Game 7. It was the hometown kid that not only saved them in the ninth but won it for the Cardinals in the 11th. The lawn where that ball hit is now named “Fresse’s Lawn.” 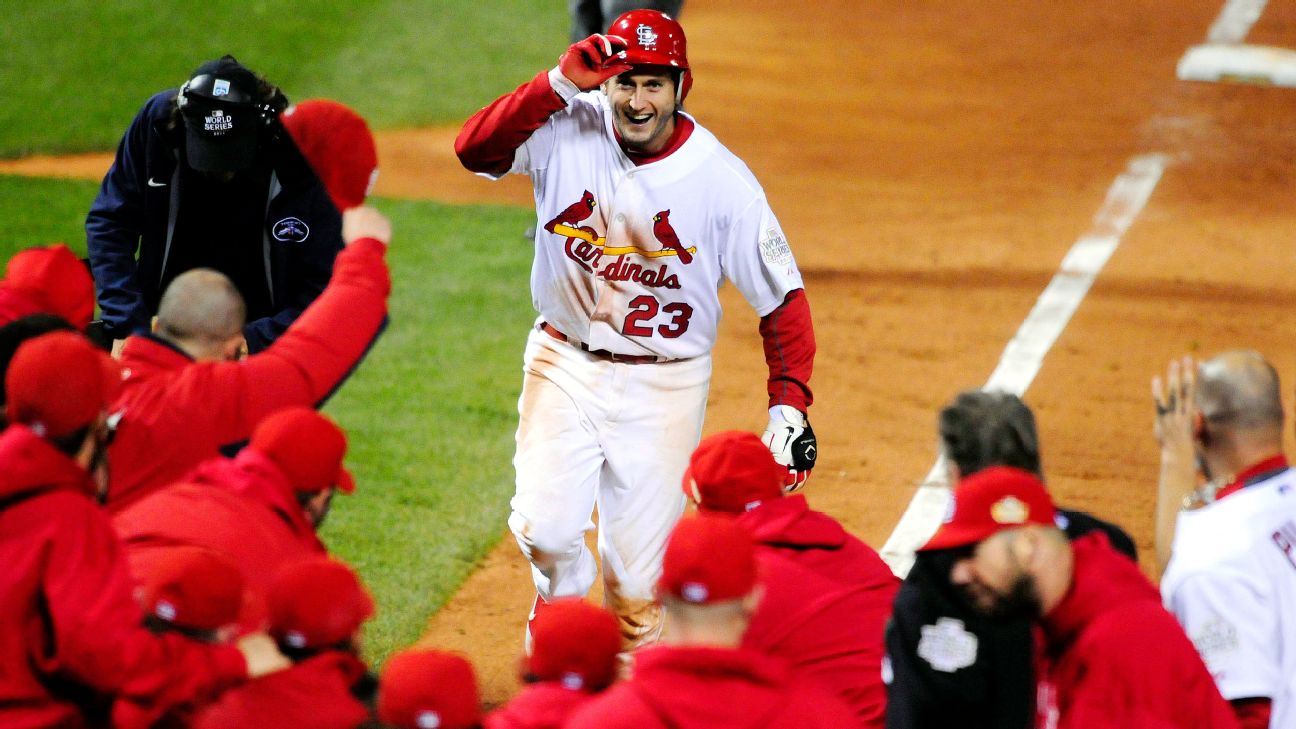 Game 6 of the 2011 World Series is without a doubt one of the greatest if not the greatest World Series game to this day. A game that was all over the place and included two comebacks with the Cardinals down to their final strike multiple times, and a hero that will be remembered forever.

In my unbiased opinion, that game has a shot at being one of the greatest baseball games ever played. The stakes and the level that the game was played at, added to it even more. While Freese is the one that will be remembered forever, do not forget the amazing contributions from everyone else including Lance Berkman. His play is something that could be lost in this fall classic but one that sticks with me.

The day after Game 6, Buster Olney was a guest on “Mike and Mike In the Morning” where Buster called it the greatest game in the history of baseball. Since then we have seen a lot of great baseball games and many memorable World Series games, but Game 6 is one that will always be mentioned.

The problem with expectations

The problem with expectations comes when you cannot live up to them. Read below to see why the Cardinals are not performing up to expectations and what can be done to change that. […]