Well, National League Central fans, we have passed the All-Star break, and the NL Central division looks about as mediocre as it has ever looked.

The Milwaukee Brewers and Cincinnati Reds are the only teams with records over .500 as the first weekend series starts. The Chicago Cubs, St. Louis Cardinals, and Pittsburgh Pirates all find themselves under .500 and could all be potential sellers at the trade deadline at the July 30 tradeline.

With the second half of the season starting this weekend, here is an update of what to expect this weekend in the National League Central and look briefly ahead at what the trade deadline could mean for each team in the division. 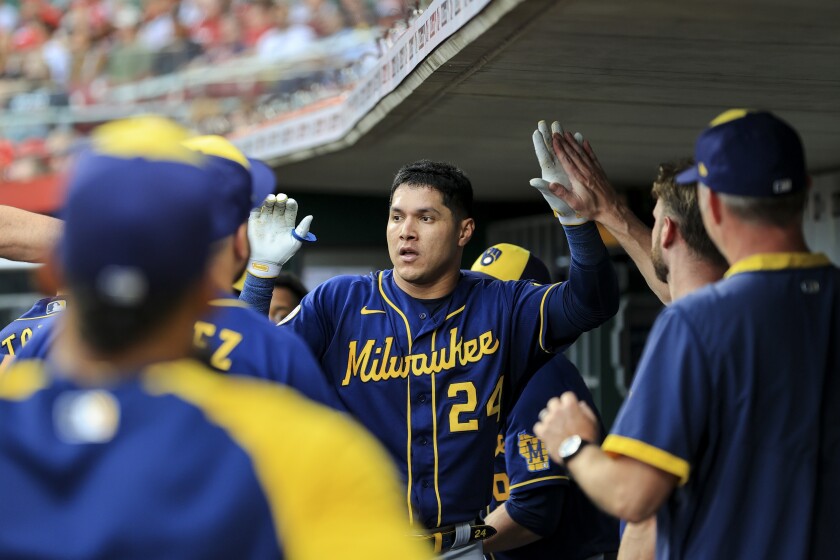 The Brewers ended the first half of the season with a 53-39 record and had gone 4-6 in their last 10 games. Milwaukee concluded the first half losing three-of-four to the Reds in Milwaukee, which allowed the Reds to shrink the division deficit to just four games.

Oddly, the Brewers and Reds are set to square off this weekend too. It’s a big series for each team, with the Brewers looking to show that their struggles in the four-game series prior to the All-Star break was likely just a fluke.

The Brewers are still anchored by some of the best pitching in baseball, namely Brandon Woodruff and Corbin Burnes in the rotation and Josh Hader in the bullpen. If the Brewers are able to continue to pitch and play defense the way they did for much of the first half, it’s hard to see the Reds catching Milwaukee in the division race.

The Cincinnati Reds ended the first half, winning eight of their last 10 games before the All-Star break. The Reds offense still has the potential to be one of the best in Major League Baseball, with outfielders Nick Castellanos and Jesse Winker as the middle of the lineup threats.

The Reds’ biggest problem remains their starting pitching. Luis Castillo has seriously regressed this season with his 4.65 ERA in 102.2 innings pitched. The Reds’ best pitcher this season has been Wade Miley, who has a 7-4 record with a 2.80 EA in his 16 starts. The Reds could really benefit from Sonny Gray getting healthy and coming back better than before his pre-injury self. Gray was just 2-4 with a 3.19 ERA in his 12 starts this season.

If the Reds feel that they are true contenders for the playoffs, they will need to find some starting pitching at the deadline, but they could also use some help in the bullpen, and there have been rumors of the Rockies trading shortstop Trevor Story to the Reds.

Washington Nationals reliever Daniel Hudson has been linked to the Reds this season. Hudson is in the final year of his contract, and over his 25.1 innings pitched, he has a 36.7 percent strikeout rate, and opponents are hitting just .176 against him this season. 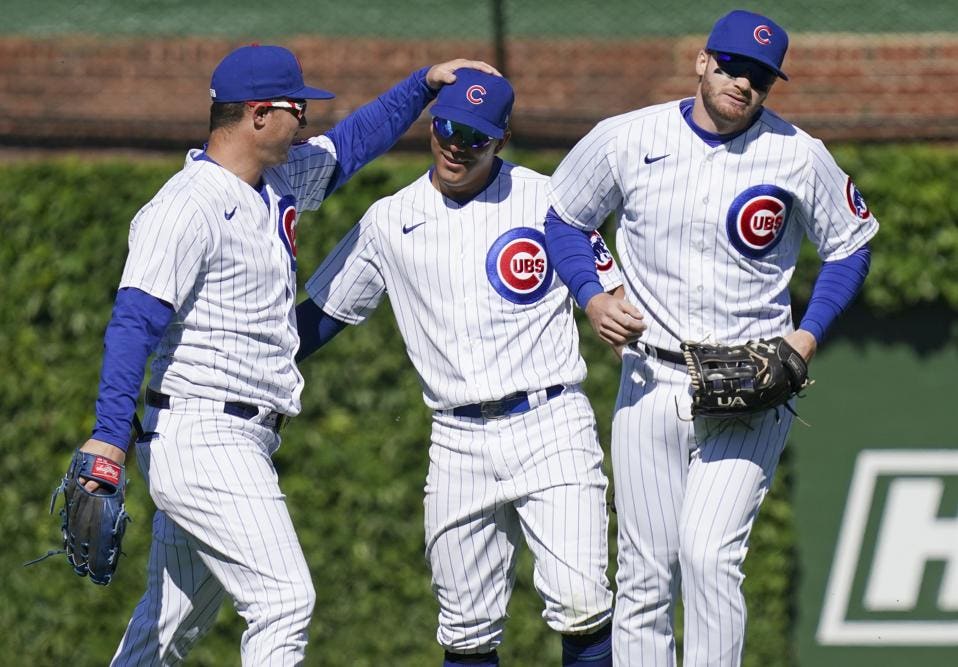 Few teams that are clear sellers in MLB have as many assets that the Cubs do. Closer Craig Kimbrel has returned to his old self this season. Kimbrel isn’t a free agent until 2023, so any team he is dealt with would have him for two full seasons.

Kimbrel has 20 saves this season and a 0.57 ERA, and opponents are hitting just .104 against him this season. He has been one of the best closers in baseball again, and he is going to be dealt to a team looking for a back end of the bullpen arm.

Kris Bryant is also likely to be moved at the trade deadline as he is in the last year of his contract. Bryant has displayed a special ability to play multiple positions this season. The 29-year-old has played more games in the outfield this season than he has at third base for the Cubs, and he has returned to be one of the most feared hitters in the National League. His .271//353/.502 slash line with 16 home runs and 46 RBIs has him as one of the best bats available at the deadline.

The Cardinals ended the first half of the season, winning three of five games against the San Francisco Giants and Chicago Cubs. The Cardinals and Cubs game on Sunday was postponed due to rain in Chicago on Sunday.

The Cardinals still aren’t healthy in the starting rotation and don’t have the bullpen depth right now, but they don’t appear to be considering selling at the trade deadline. Really, the Cardinals don’t have many players that other teams would be interested in trading for.

Instead, the Cardinals cool potentially retool their roster with bench bats like Adam Eaton, who was DFA’d by the White Sox shortly before the All-Star break. 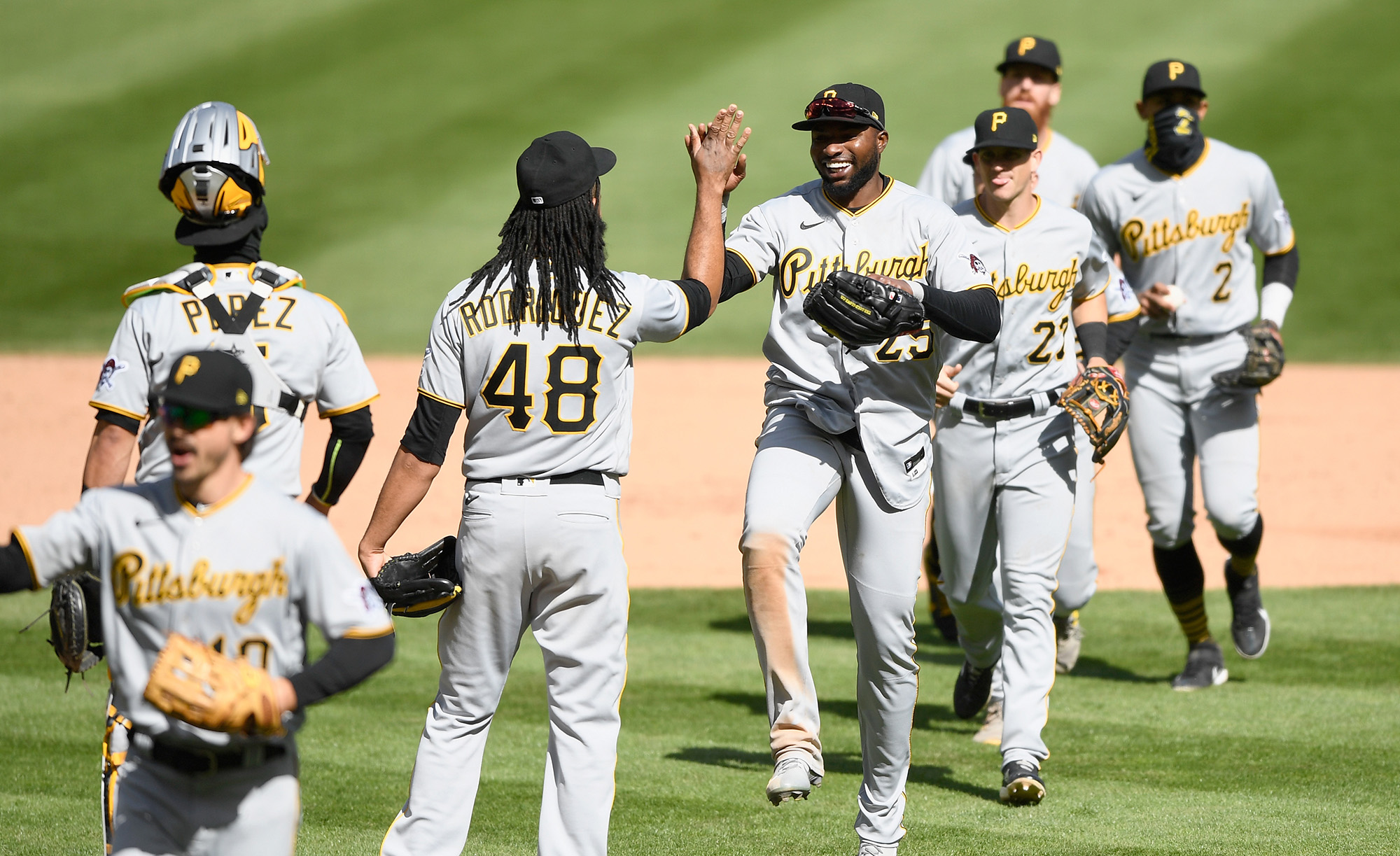 The Pirates are in full sell mode as they hit the trade deadline. The Pirates do have some pieces that would be attractive to other teams. Most notably, second baseman and Adam Frazier.

Frazier is hitting .330 this season while getting on base nearly 40 percent of the time. Frazier started for the National League in the All-Star Game, and with recent injuries to players like Nick Madrigal of the Chicago White Sox, Frazier could be on the move shortly.

A big weekend ahead for the St. Louis Cardinals

After a split in interleague play with the Toronto Blue Jays, the St. Louis Cardinals have a big weekend ahead of them. Read below to see what could happen by the end of the week in the NL Central Division. […]

Why the St. Louis Cardinals can win the NL Central

With less than a week before Opening Day, the final preseason predictions and rankings will be done. Read below to see why the St. Louis Cardinals can win the NL Central. […]