NHL Free Agency began today and the St. Louis Blues were very active, leaving the fans with a few surprises. Read below to see the newest members of the Blues and those that left. 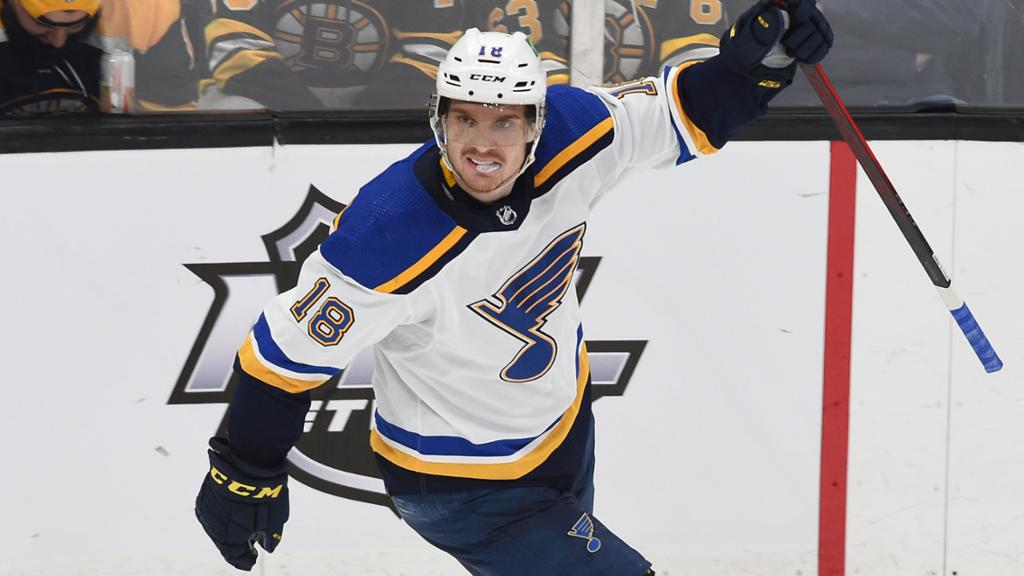 It was an exciting yet sad day at the same time for the St. Louis Blues and their fan base. The free agency period began today at noon and one of the first moves made by St. Louis locked up Robert Thomas for eight years. Thomas was one of the multiple players signed today by the Blues and Doug Armstrong.

The deal in total will be worth around $64 million for the eight years. Thomas is coming off a career year with 77 points, with 57 assists. Thomas was second on the team in points behind Vladimir Tarasenko and led the team in assists.

After trading goaltender Ville Husso to the Detroit Red Wings, Thomas Greiss signed a one-year contract with the Blues. Charlie Lindgren, the five-game hero in 2021-22, signed with the Washington Capitals and forced St. Louis into signing a veteran backup goalie. It is very possible that we see Joel Hofer at some point this season if things with Greiss trend south.

After re-signing Nick Leddy to a four-year extension, the Blues were not done with the defense and signed Noel Acciari, the former Florida Panther and Boston Bruin. Acciari was on the Boston team that lost to St. Louis in the 2019 Stanley Cup. To end the day, St. Louis signed Will Bitten to a two-year, two-way contract.

Unfortunately, it was not all positive for St. Louis on the day.

The top priority for Doug Armstrong this offseason was to sign David Perron to an extension. That did not happen and it won’t happen after Perron signed a contract with the Detroit Red Wings. Perron joins Ville Husso, Oskar Sundqvist, Jake Walman and Robby Fabbri as former Blues on the current Red Wings roster.

This is the third time that Perron will be leaving St. Louis and likely his last. Perron was drafted by St. Louis in the 2007 NHL Draft. He spent the first six years of his career in St. Louis before leaving for Edmonton and play for the Oilers. Perron would come back to St. Louis after the conclusion of the 2016 season and only played one year because he was picked up by the Vegas Golden Knights in the expansion draft after the 2016-17 season.

After one year with the Vegas Golden Knights, including a trip to the Stanley Cup Finals, Perron once again returned to St. Louis in 2018. Perron was a big part of the 2019 Stanley Cup team for the Blues and will now be exiting for Detroit.

Perron played 673 games for the Blues in his career, the majority of any team he has played for. He has recorded 465 points, including 196 goals. The veteran left-winger was not exactly happy about having to leave St. Louis yet again.

What’s ahead for St. Louis?

This is the current million-dollar question that everyone is wondering. We know that Armstrong has made many good trades over the years and is there another one in store? There has to be more coming after not signing one of the better players this franchise has seen, right?

Many speculate that a possible trade for Matthew Tkachuk is on the way but that is unlikely based on the current cap situation. When Thomas signed his contract extension today, he is currently hanging out with the Tkachuk family, which makes you wonder.

Thomas is currently in Boston with the Tkachuk's. To be a fly on the wall…… https://t.co/UpBC0W5R5c

With the Blues not re-signing Perron, are they making a last-ditch effort to keep Tarasenko in the Blue note? Tarasenko still wishes to be traded but could the right amount of money keep the Russian here for the rest of his career? From a fan standpoint that would be great and even from a logistical standpoint, Tarasenko is coming off a career year.

What we do know is that free agency has just started and we are far from over this offseason. Buckle up, because it is going to be a wild ride until October.