Jordan Binnington saves the Blues in Winnipeg, as St. Louis ends their road trip with a win in a shootout, 3-2.

It took 65 plus minutes last night for the Blues to win in Winnipeg, as the lone goal from Ryan O’Reilly in the shootout won it for St. Louis. Jordan Binnington stopped all four shots in the shootout and only faced one shot in the overtime period.

St. Louis got on the board first with a goal from Pavel Buchnevich at 18:09 in the first period. Winnipeg tied the game at 10:56 in the second period on a goal by Neal Pionk. Kyle Connor continued his point streak and hot start with a goal that gave the Jets a 2-1 lead early in the third period. Five minutes later, Jordan Kyrou tied the game halfway through the third. 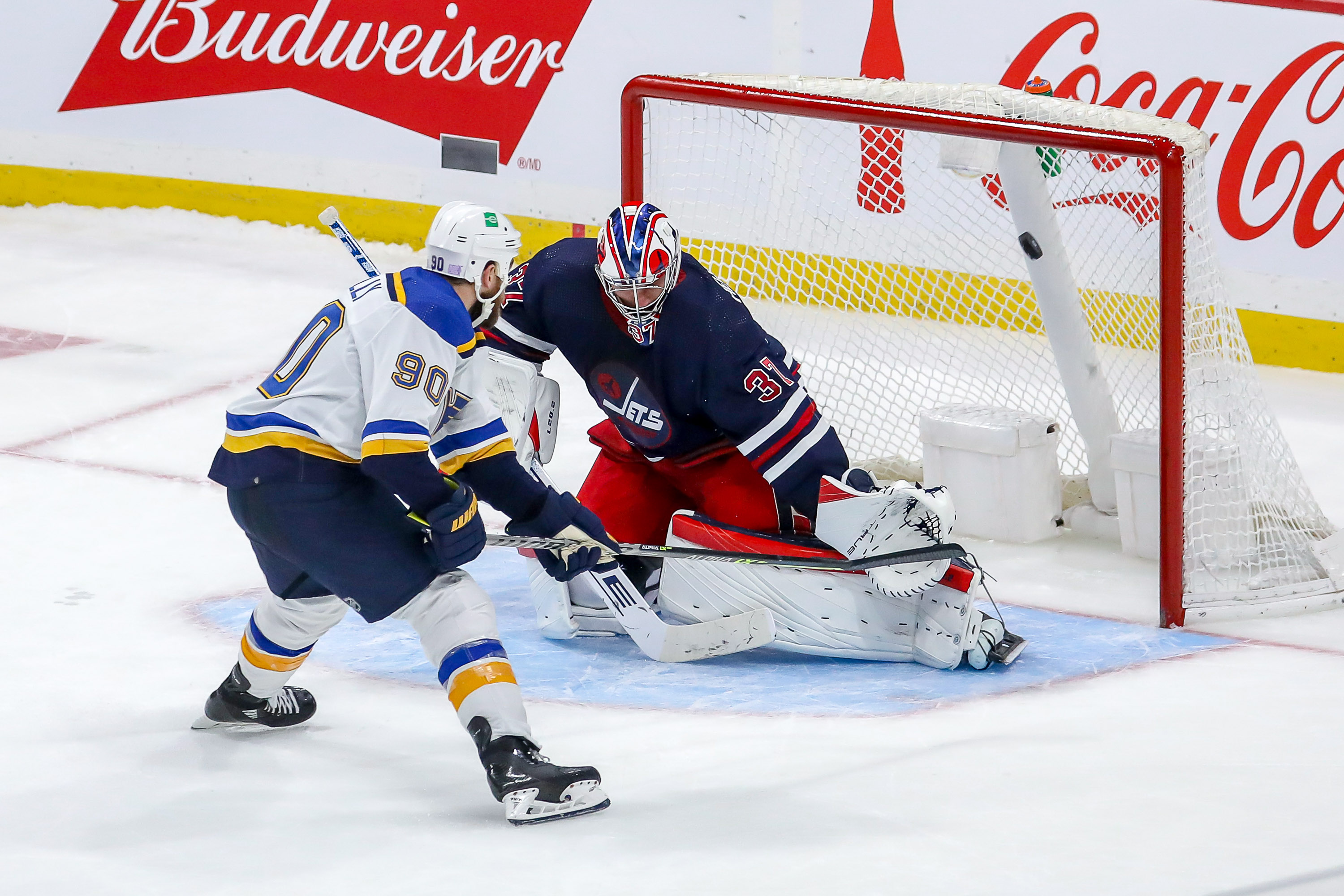 The game would go to overtime with no one scoring for the last eight minutes. In the overtime period, the Blues dominated the Jets, outshooting the Jets 9-1. With Binnington standing tall, it was a back-hand goal from Ryan O’Reilly that gave the Blues a victory heading home.

Thankfully, the Blues had a very busy overtime period, but the Blues were outshot 41-33. Binnington made 39 saves against the Jets last night and it was a prime Binnington performance. Just when the Jets thought they had him beat, Binnington sticks out his glove or pad and was able to make the save.

“[Binnington] came up big for us. He won us a game tonight,” St. Louis coach Craig Berube said. “For me tonight, he made effort saves. … He outcompeted the shooter on a lot of plays, just battling. He was excellent.” 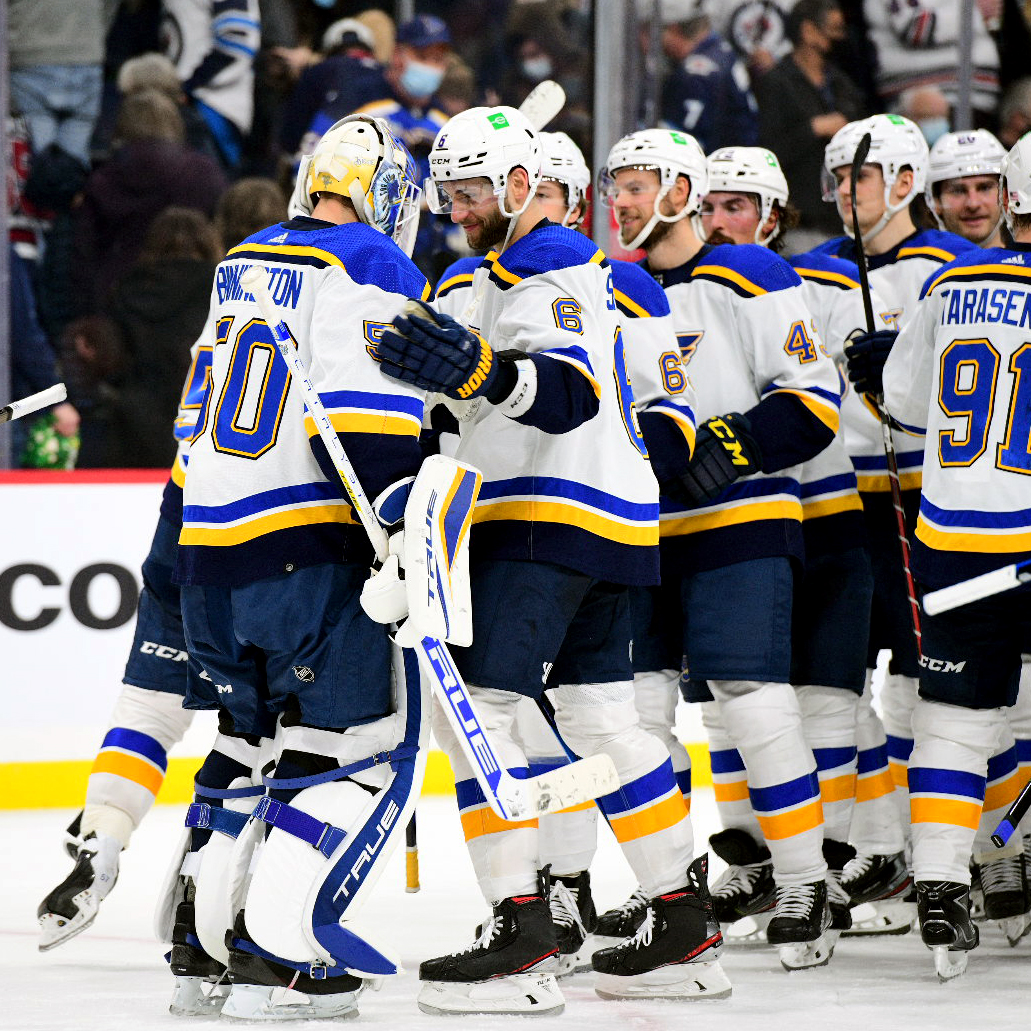 Binnington stole a game and two points for the Blues last night. Binnington was the first-star in last night’s game and easily could have been the second and third as well. After last night’s win, Binnington’s record moves to 6-2-1 on the season.

After a four-game road trip, the Blues are headed back home for a game on Thursday night against the Nashville Predators. Announced today, the family of Lance Cpl. Jared Schmitz will drop the ceremonial puck before the Salute to Military Game. The game will start at 7 p.m. central time.

After tomorrow’s game, the Blues will head back out on the road for one game in Carolina before returning back home. The next four of five are at home for St. Louis.

Brayden Schenn is currently listed as day-to-day, but he was skating this morning. All signs are looking towards a return soon but no other word has been confirmed.

Oskar Sundqvist was able to return last night but he did not. Sundqvist tore his ACL last season and is still working through the return-to-play procedures from that injury. It still may be some time before we see Sundqvist on the ice for St. Louis.

The Blues announced today that they have assigned Jake Neighbours to WHL’s Oil Kings, the Blues junior team. Neighbours was seeing less ice time and it is not surprising to see this move from the Blues, especially looking at the salary cap issues. 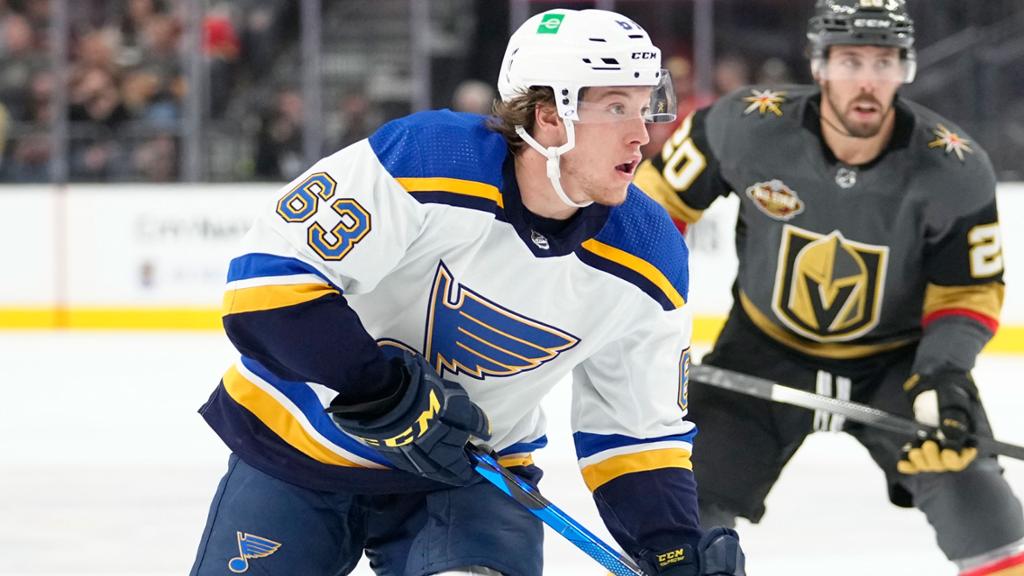 With moving Neighbours to the junior team, they also called up Dakota Joshua from Springfield, the AHL affiliate of the Blues. Joshua has already played a couple of games with the Blues this season.