Is beach attire the new trend? Beach attire has the St. Louis Blues playing well and starting a trend across the nation in hockey. Check out our article on the trend that the Blues started that is catching fire amongst hockey clubs and teams across the nation.

Is Beach Attire The New Trend?

The record cold temperatures in Minnesota did not bother the St. Louis Blues at all. The Blues got national attention in the Discover Winter Classic after they showed up to the game in beach attire. Hawaiian shirts, shorts, flip-flops, you name it, the Blues were wearing it. Not only did the Blues rock the attire, but many youth teams are also starting to take on the trend. 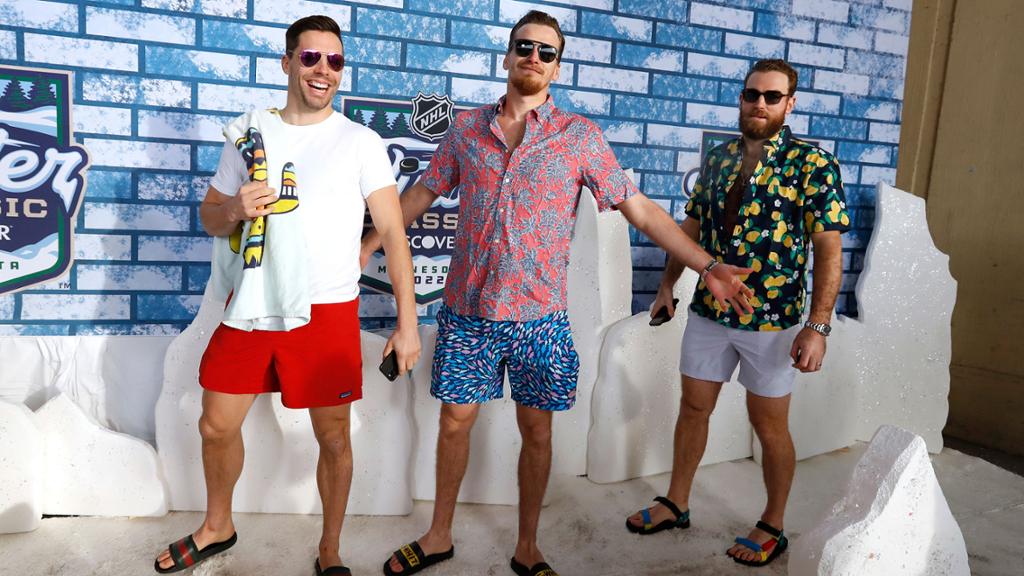 Over the weekend, multiple videos have made their way across social media and the internet of youth hockey teams, some in the St. Louis area, rocking the beach attire. This is great for the St. Louis Blues and for the sport of hockey. The only question is, how far will this trend go?

Life Is Better On The Beach

I think we can all agree that the freezing cold temperatures in the midwest are the worst. We would all prefer to be on the sunny and sandy beaches in the warm weather. The St. Louis Blues have not minded the cold weather when their play is keeping them hot.

When the Blues got off the bus, they knew they had to show up for the game after wearing the beach attire. They did just that when they beat the Wild 6-4. 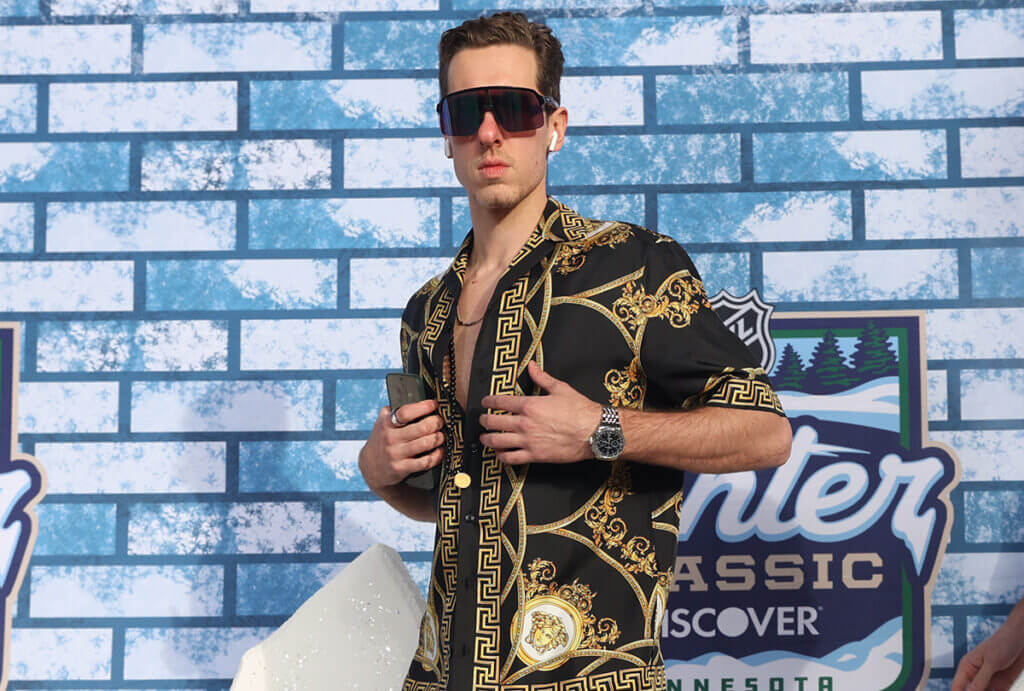 “We knew it was a bold move, but we kind of went all-in, and we had fun with it,” Jordan Binnington said.

The beach attire spread like wildfire on social media on New Year’s Day. This is great for the game of hockey and for young hockey players to take to this trend. One, it brings attention to the St. Louis Blues and the midwest market. The Blues are playing great hockey this year and it gives a chance to put their name out there. It is also great for the youth to take after many of these players that they look up to.

In the end, it makes the game fun. It shows that even the professionals can still have fun while they are working.

As mentioned, the Blues are playing great hockey as of late. They have won four out of their last five games, with one bad period in the loss to Pittsburgh. The Blues had a great weekend slate at home with big wins over Washington and Dallas.

The Blues started the weekend off right with a big win over the Washington Capitals. The Capitals are one of the better teams in the Eastern Conference this year but were no match for the Blues. Washington got on the board first, but the Blues responded with five unanswered goals to win 5-1. Pavel Buchnevich scored two goals and had one assist to lead the Blues in the win Friday night.

Sunday’s game was a little hairy, especially towards the end. The Blues had played a sluggish game for the first two periods but put the pressure on late. The Blues were on the power-play in the last minute, with Jordan Binnington pulled, it was Ryan O’Reilly that tied it up with 46 seconds left. 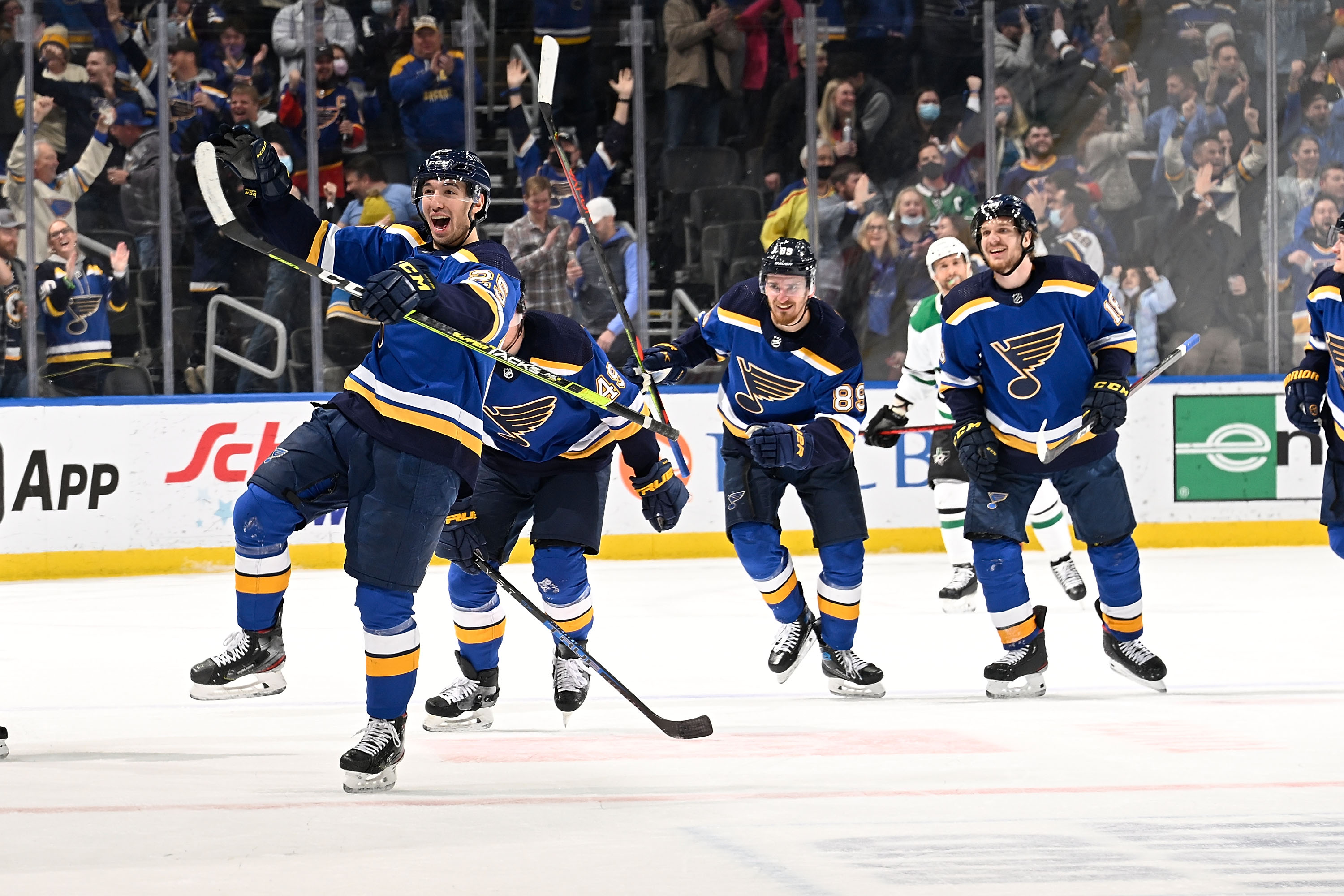 The Blues were still on the power-play in the last minute after the Stars took another penalty. The Blues only needed one goal to force overtime, but Jordan Kyrou decided to end it on a deflected shot that found its way in. Kyrou scored with 28 seconds left on the clock, deciding the game with a 2-1 Blues win.

The Blues made history as well, being the 11th team in NHL history to win a game when trailing in the last minute of the period. St. Louis also extended their home-point streak to 12 games. This is the third-longest streak in franchise history.

With the last two games being sold out at The Enterprise Center, St. Louis fans are enjoying the hockey being played by the Blues. The Blues continue their homestand with the Seattle Kraken coming to town on Thursday night. Jaden Schwartz will not be making the trip as he is currently out four to six weeks due to a hand injury.

The St. Louis Blues open up their season tomorrow night in Colorado, facing the team that swept them from the playoffs last season. […]