Joel Hofer leads the Blues to a win in his first-ever NHL start on Thursday night. Check out our recap below as the Blues move to 7-1-1 on the season.

Back-to-back late-night games for us viewers in the Central Time Zone, and the Blues even their record on this road trip. The Blues were able to steal a point on Wednesday night after a tough shootout loss to the Kings, but they responded with a 5-3 win against the Sharks last night.

It was a big night for multiple players, especially the newcomers on the team this season. Brandon Saad scored twice and Joel Hofer, the rookie goaltender, wins in his first-ever NHL start. Hofer was dealt a shorthand early but stood strong in the net all night.

It looked as if last night was going to be a disaster early as the Blues had three penalties early. Pavel Buchnevich was sent to the penalty box on a two-minute minor for boarding. Vladimir Tarasenko took offense to the atrocious call and he was sent to the penalty box for unsportsmanlike conduct. The Blues were now down 4-3 and shortly after play started, Ivan Barbashev took a penalty for high-sticking, which ended up being a double-minor penalty. 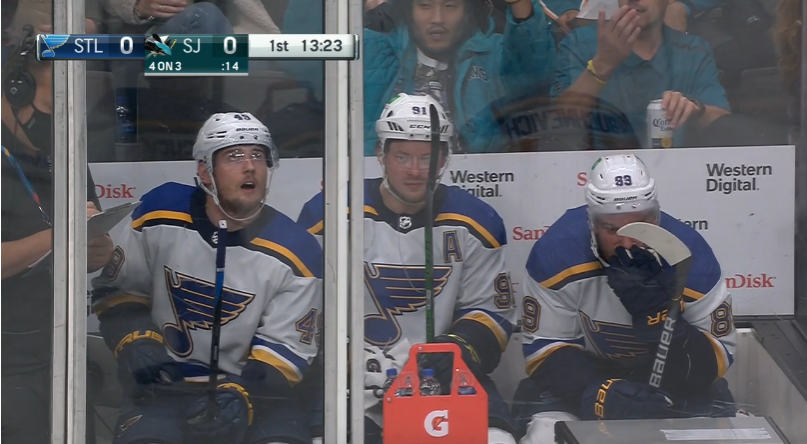 With a 5 on 3 man advantage, Brent Burns scored the first goal of the evening at 7:13 in the first period. The Blues spent a total of 10 minutes in the penalty box last night adding to their season total so far of 106 minutes spent in the sin bin. That total ranks close to the top of the league in penalty minutes. Seattle leads with 138 minutes of penalty time.

The rookie stood strong last night, leading the Blues to a 5-3 victory by stopping 23 of 26 shots. For being dealt a shorthand early by his teammates, Hofer did not let the world around him crash down, he instead helped the Blues out of penalty trouble. The offense was able to produce a few goals and Hofer held on all night for the Blues.

With games on back-to-back nights, it would be tough for Jordan Binnington to start again. With Ville Husso out on the COVID list, Hofer was called up and given the start on Thursday night. Hofer gave his thoughts on his first NHL start after the game. 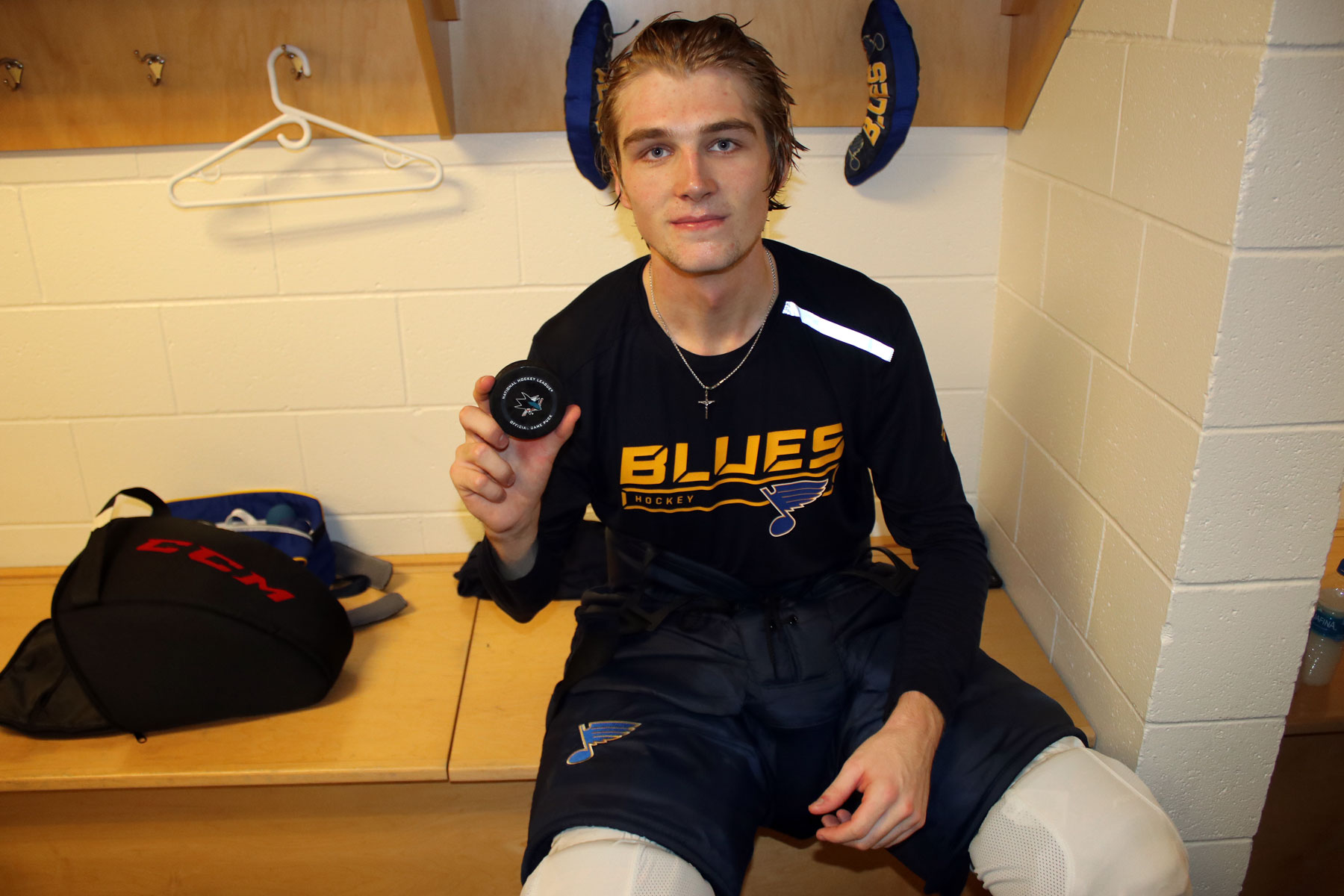 “We got into some penalty trouble, but I thought we did a pretty good job at killing. After that, I thought we got our legs under us,” said Hofer.

The 2018 fourth-round draft pick is off to a good start in his NHL career. If Husso is on the COVID list any longer than 10 days, Hofer will be a very solid backup for the Blues if needed. His road trip is not over, with two more games before the Blues head back home, Hofer may get one more start.

It is apparent that the Blues miss having Ryan O’Reilly in the lineup. The faceoff percentages and total wins have been lacking since O’Reilly was sent to the COVID list. O’Reilly is expected to return at some point on this road trip but the Blues found success from new faces against the Sharks.

As noted, almost all of the production from the Blues last night came from players that were not on the team last season. Brandon Saad led offensively with two goals, Pavel Buchevich and James Neal both adding a goal as well. Hofer led the way in net with 23 saves and he added an assist to his record. 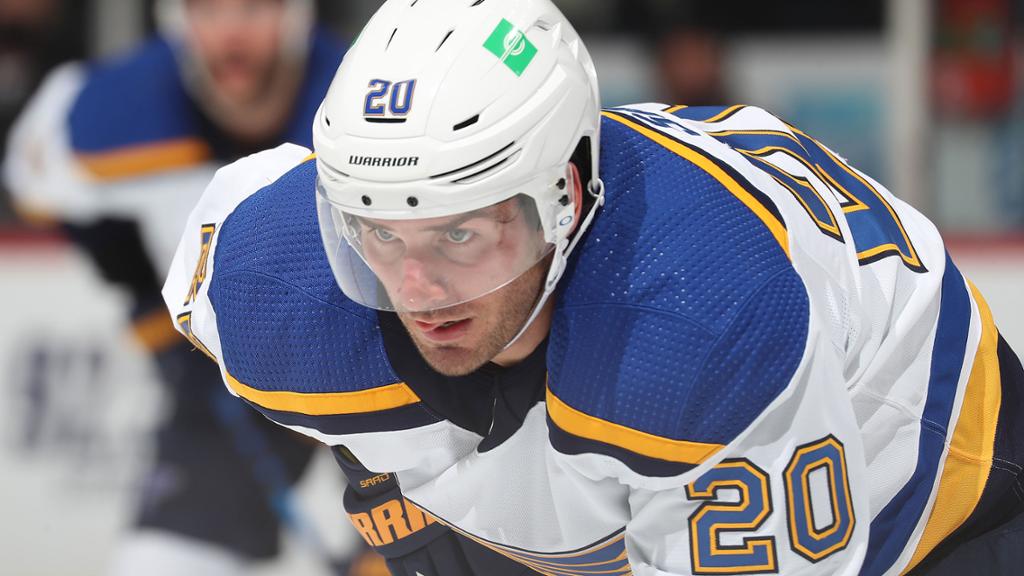 Brandon Saad has been one of the better additions to this team so far this season. Replacing Jaden Schwartz would not be easy but Saad has made it seem that way. In five games this season, Saad has three goals and one assist to his credit.

Pavel Buchnevich has been a great addition for the Blues as well, assuming he stays out of the penalty box. Buchnevich has had issues with the penalties this season, already missing two games this year due to suspension.

St. Louis has two more games left on this road trip. With two days off, the Blues will travel to Anaheim on Sunday to take on the Ducks. After the Sunday meeting with the Ducks, the Blues will head north to visit the Winnipeg Jets on Tuesday. Both games start much earlier, at 7 p.m., so there will be no need to stay up late… Hopefully.

Offseason needs that the St. Louis Blues should address

If this is it for Vladimir Tarasenko

If this is it for Vladimir Tarasenko, we have nothing but thanks and gratification for what he has done for the St. Louis Blues. Read below to see why the Tarasenko era could be ending in St. Louis. […]