Hello Nathan Walker. The AHL product from Springfield gets called up and contributes in a big way. Check out our article on the Blues 6-2 win over the Red Wings.

The St. Louis Blues are in need of players very badly right now, and on an emergency call-up, Nathan Walker from Springfield scores a hat trick. Walker had previously played 25 NHL games, scoring three goals, and last night shined bright in the Blues 6-2 win over the Detroit Red Wings.

“It was incredible,” Walker said. “I guess that was it. I was just happy we got the two points and we can move on to the next game now.”

While it may be cliche, the old saying of “next man up” is coming true right now for the Blues. With players out with COVID and injury, this team is hurting for numbers on the roster. The roster issues are complicated even more when looking at the salary cap issues the Blues face as well.

Last night was at St. Louis from start to finish. Besides the career night from Walker, St. Louis played a complete game. Marco Scandella scored a goal and added an assist, while fourth-string goalie Charlie Lindgren made 29 saves in his first start in net. Ville Husso was injured last game, so the Blues are now down to their fourth-string goalie.

Thursday night’s win moves the Blues to 14-8-4 on the season and they have won their last six home games. The Blues typically play well at home, which is good as three of their next four games are at home.

Former Blue, Robby Fabbri, is making a name for himself in Detroit, as he scored two goals last night. It was Fabbri’s first game back in St. Louis since the Blues traded him back in 2019 to Detroit. Fabbri was honored before the game for his time in St. Louis. 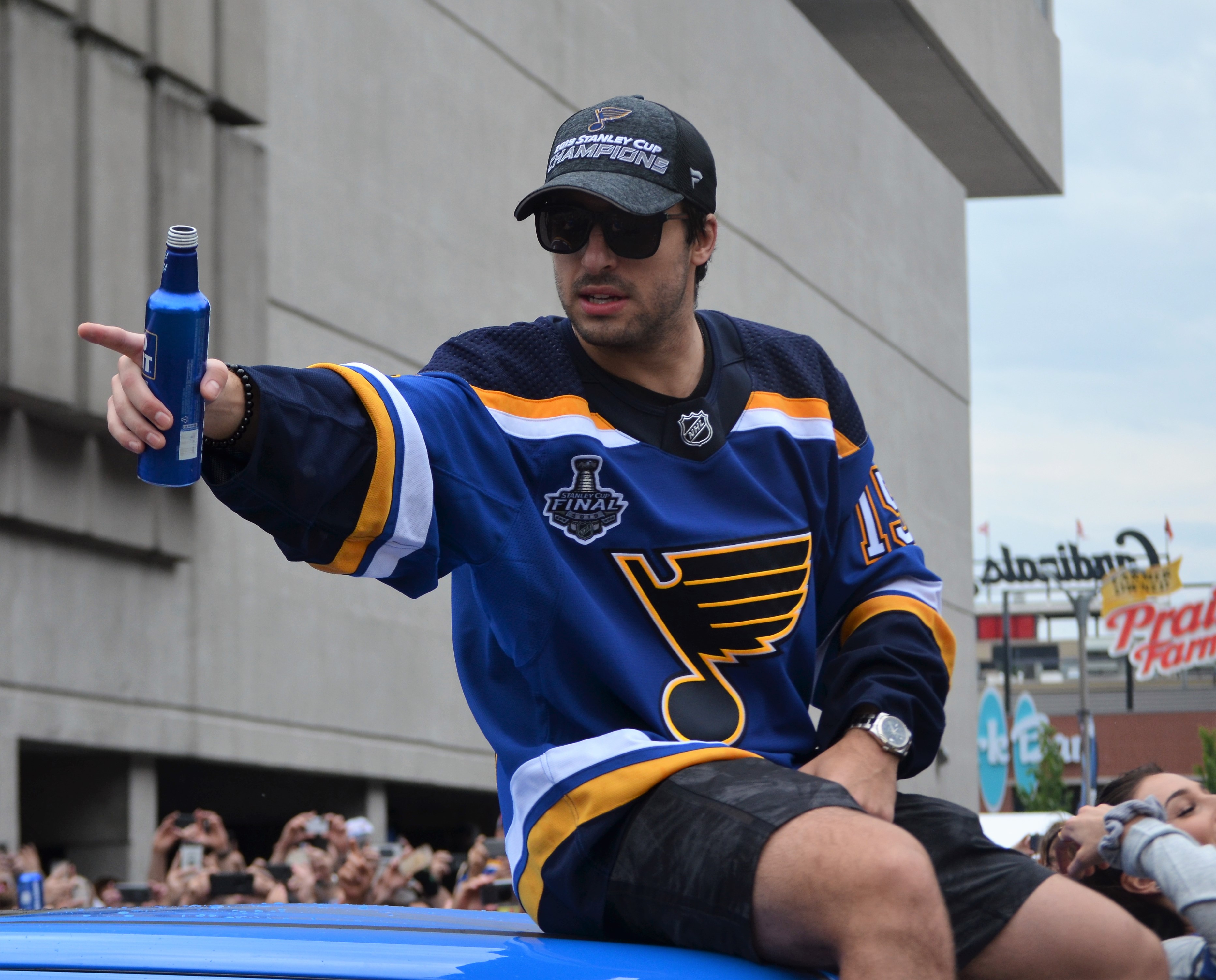 Elsewhere for the Blues, Krug, Dakota, and Mikkola each had two assists last night. It is surprising of the production that the Blues are receiving with six injured players and three in COVID protocols. The Blues once again skated with only 17 players last night, one short of a full roster. The Blues are not allowed to call up certain players due to the NHL salary cap constraints.

The NHL protocol is very odd and I am not sure of the issues. The St. Louis Blues have had issues all season of players being added to the COVID list at late times. Not to mention the injuries teams face in the season, but the NHL needs to fix their protocol requirements. Teams like St. Louis should not be forced to skate with fewer players because of salary cap issues. We knew ahead of time that COVID issues could arise, so why can’t teams replace players with no issue?

Other leagues like the NBA, NFL, and MLB have not nearly had the issues the NHL is having right now. The league protocols are very harsh against non-vaccinated players. If the Blues are having such issues, you would have to imagine that many other teams are having the same issues as well.

As mentioned, the Blues play three of their next four at home.