We are feeling blue after last night’s loss, in a shorthanded roster. Check out our recap of the Blues loss to the Lightning.

The Blues battled hard but fell short in Tampa Bay, losing 4-2 on Thursday night. We learned early yesterday that Jordan Binnington had tested positive for COVID and would have to be put on the COVID list and go through league protocol. We learned not too long before the game that Justin Faulk was added to the list as well. The Blues once again fell behind early after a goal from Ondrej Palat at 7:16. Brandon Saad tied the game late in the second period. The Lightning responded quickly in the third period with a goal from Anthony Cirelli but the Blues responded fast themselves with a goal from Pavel Buchnevich. After that, it was the Victor Hedman show when he scored two in a row himself, giving the Bolts a 4-2 win.

The Blues move to 12-8-3 on the season and still have one more game in Florida before returning back home for three games. The Blues take on the Panthers tomorrow in Miami.

With the news of Binnington testing positive, Ville Husso is taking over as the starting goaltender and the Blues even brought in an emergency goalie in Tampa, Kyle Konin. Konin is known as the “beer league goalie” and is a St. Petersburg native and at heart a Tampa fan. In his interview with Jeremy Rutherford, Konin talked about his fandom for the Lightning but his newfound fandom for the Blues. 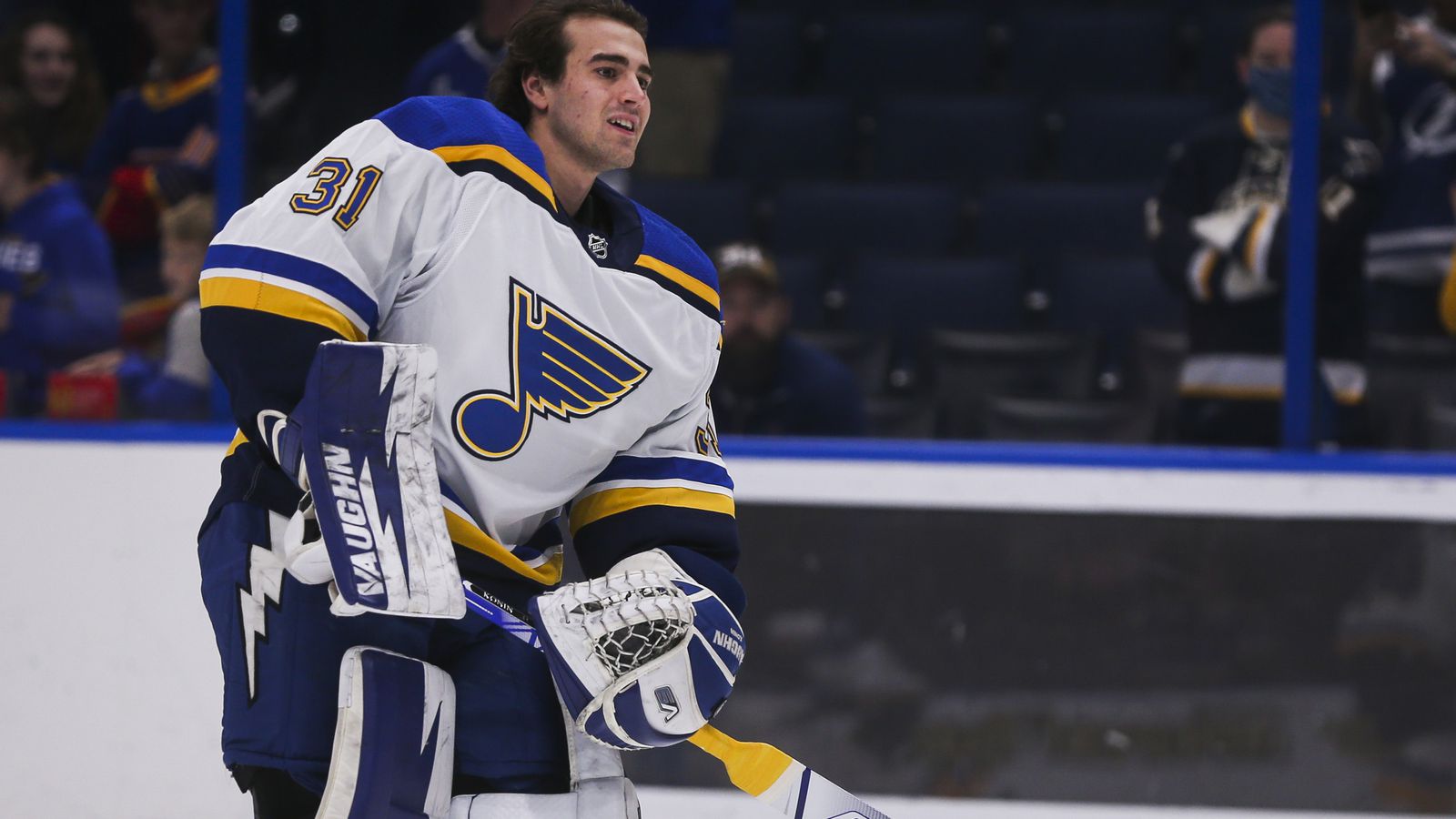 “I’d say I’m still a Lightning fan at heart,” he said. “But I’d probably root for (the Blues) any time they’re not playing the Bolts,” said Konin. Konin was pictured wearing his St. Louis Blues hat.

Konin reminds me of a time where the Blackhawks had to bring in Scott Foster, an emergency goalie. Only Foster actually had to play in the game and played the last 14 minutes of the Blackhawks and Jets game in 2018. Foster made 7 saves on 7 shots and the Blackhawks won the game 6-2.

For those former players and goalies out there, do not get your hopes up because one day you may just find yourself as an emergency goalie and may find your way into the game.

As we coined the term in a previous article, Robert Thomas is at it again. Thomas assisted on both St. Louis goals last night, moving his point total to 22 and his assist total to 20. Thomas is currently fourth in the league in assists. Here at Saint Louis Sports, if the nickname “the mailman” takes off, we would like to be responsible for this.

The Blues have one more game on the road before returning home for a bit. The Blues are set to take on the Panthers on Saturday afternoon in Miami. The puck is set to drop at noon Central Time.

After Saturday, the Blues will take on the Panthers at home on Tuesday, which starts the first of four home games for the Blues in the next week plus.