The St. Louis Blues have five regular-season games left on the year, as they battle for home-ice advantage for the Stanley Cup Playoffs. Read below to see the end of the regular season preview. 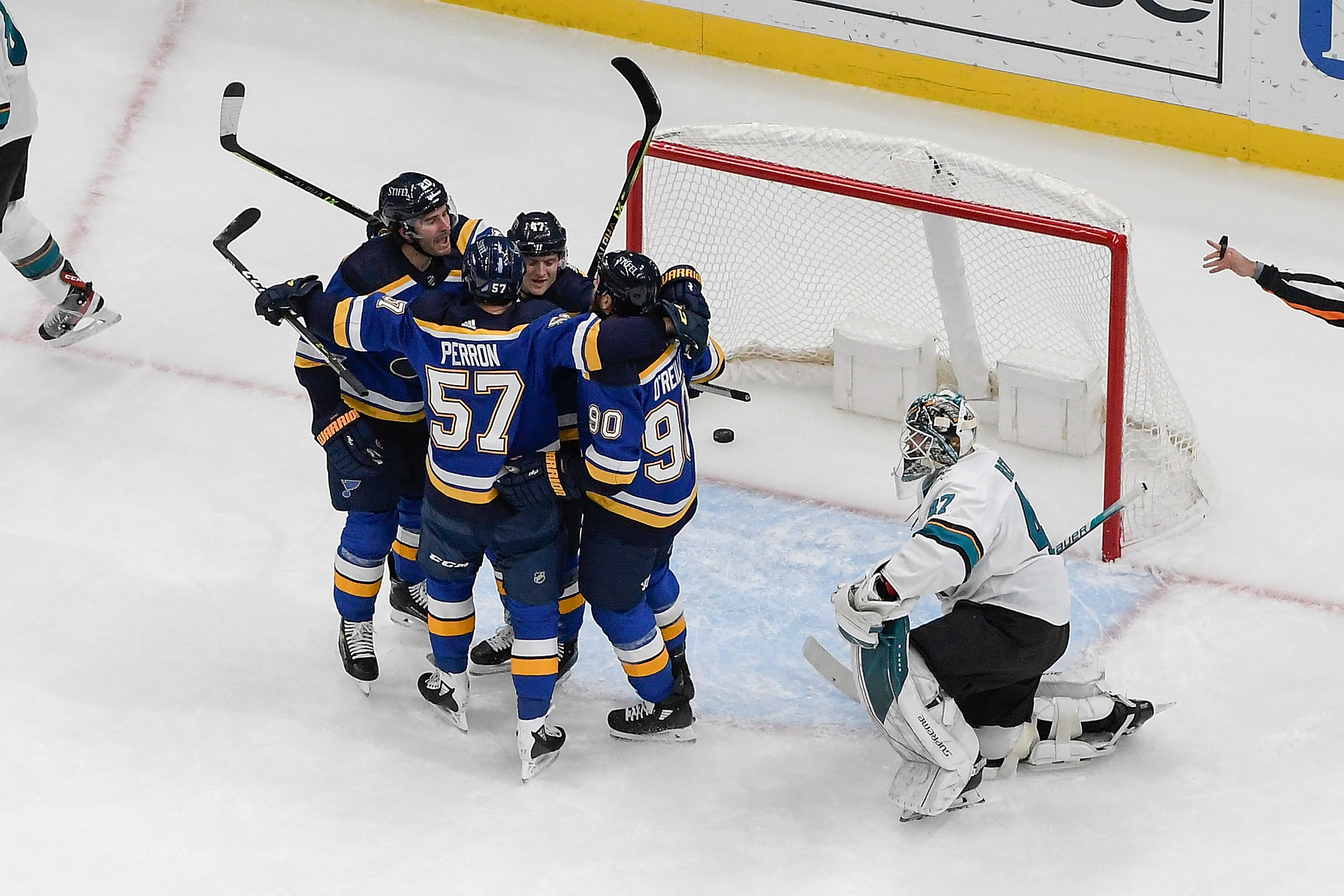 The St. Louis Blues started a four-game road trip last night, with the first stop in San Jose. It was a late puck drop as the Blues and Sharks wrap up their season series this evening. With goals from Dakota Joshua, Robert Thomas and Pavel Buchnevich, the Blues swept the season series with a 3-1 victory.

While the Blues have clinched a spot in the Stanley Cup Playoffs, these last five games are very meaningful. Currently, St. Louis is in third place in the Central Division standings, tied with Minnesota in points. Minnesota has the upper hand because they have currently played one less game than St. Louis. 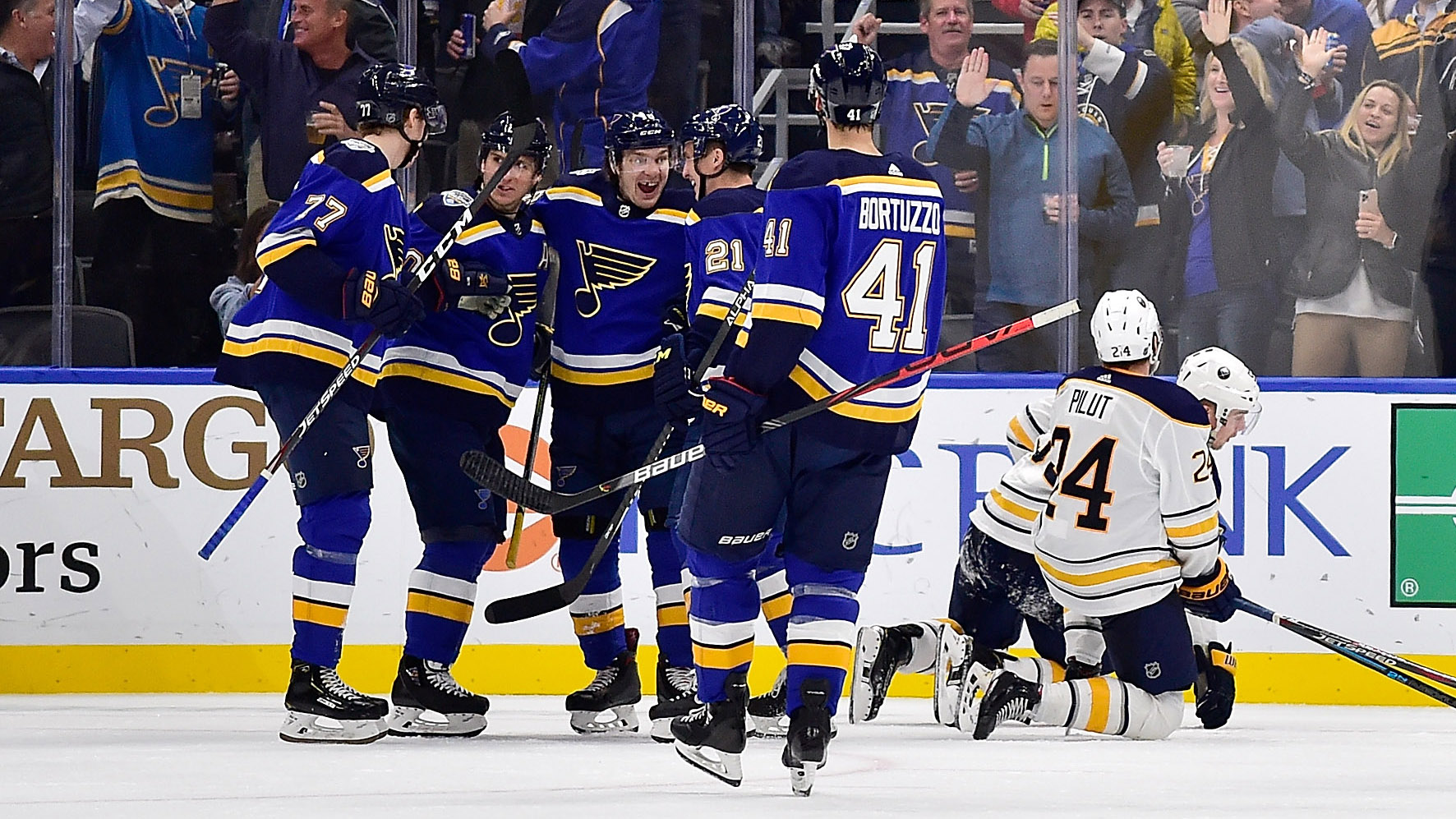 The Blues will now travel to Arizona to take on the Coyotes. That game tomorrow will be another late start with the puck dropping at 9 p.m. Arizona is set for their final games in their current stadium before moving to Arizona State University’s rink next year.

The Blues will return to California one more time on Sunday with a game against the Anaheim Ducks before traveling to Colorado to face the Avalanche, to end their road trip. To wrap up the regular season, St. Louis will host the Vegas Golden Knights on Friday, April 29th.

As mentioned, the Blues have already clinched a playoff spot. It was also confirmed last night that the Blues and Wild will face each other in the first round of the playoffs. With the remaining games left, St. Louis and Minnesota are battling for who gets the home-ice advantage in the first round.

To be honest, no one thought that the Blues would win the Stanley Cup in 2019. It created one of the greatest stories in sports and hockey, the comeback of the St. Louis team. With arguably the best offense the franchise has ever seen, this is the time to capitalize.

Ville Husso has been the No. 1 option in net this season for St. Louis and will continue to be for the Blues. The good thing for St. Louis is that Jordan Binnington has been much better in the second half of the season. He has lowered his goals-against average to 3.08. Binnington’s last four starts have all resulted in wins.

As of right now, the line of Robert Thomas, Vladimir Tarasenko and Pavel Buchnevich has been money. In the 3-1 win Thursday evening, Thomas extended his point streak to 15 games. The team extended their point streak to 14 games as well.

The production that the Blues have received from the line of Thomas, Tarasenko and Buchnevich is something not many expected. Coming into the season, no one knew what level of production Tarasenko would provide. I don’t think anyone expected what he has done this season for the team.

Tarasenko continues to provide, with 79 points on the season. The top line all has 70-plus points this year. Not only does this line need to stay together, but they need to produce in the postseason to lead the team.

The trade for Buchnevich looks to have paid off in many ways. The energy and spark he has brought to the offense could prove worthy in the offseason.

What has also been an impact for St. Louis is having eight, 20-plus goal scorers. That ranks first in the NHL. Can the goal scoring continue at high rates for St. Louis in the playoffs?