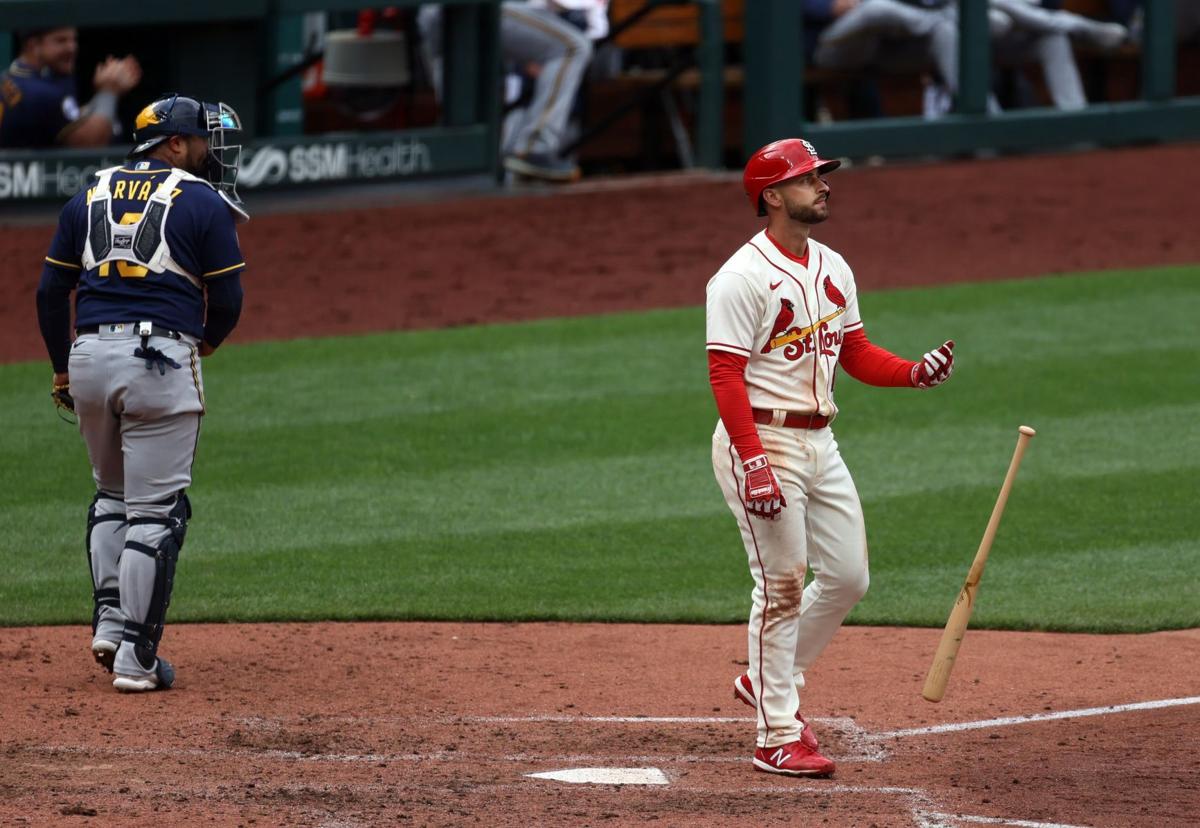 Paul DeJong should not be the Cardinals’ cleanup hitter as of now | Benjamin Hochman | stltoday.com” width=”751″ height=”518″ />

Am I really asking a current first-place team and a 9-win team to make an early-season move? You are absolutely right, I am. While the Cardinals are off to a good start this season, I feel that it could get better with two moves.

I am trying to not overreact about player performances early in the season but my thoughts have been accumulating for years at this point. As a general manager or president of baseball operations, I would hate to ruin a team’s chemistry, but you also need to be concerned about winning games.

There are two moves I would like to see the St. Louis Cardinals make before the roster size is moved back to 26 players.

Anyone in the front office will tell you that Nolan Gorman had a very rough spring training. The front office was also adamant coming into the season about letting Paul DeJong decide his own fate. So far this season, things have not gone entirely well at the shortstop position.

DeJong had a promising spring in Jupiter, Florida. That has not translated to the regular season as DeJong has a whopping .139 batting average. DeJong also has three times the amount of strikeouts as he has hits.

Nolan Gorman is off to a great start in Triple-A with eight home runs on the season already. Gorman holds a .319 average early in the season with 18 total hits and 20 strikeouts. With an OPS of 1.108, Gorman has accounted for 15 runs in Memphis and drove in nine himself.

For years at this point, we have seen DeJong struggle. He was taken out of the lineup on Sunday and will not be in it today. At what point will the front office decide to finally move on? If I am going to watch a player struggle, I would much rather have Gorman get through his lumps than continue to watch DeJong struggle.

If Gorman is brought up, I would like to see DeJong traded for pitching. The starting pitchers have been better since the opening series, but I believe that it can be even better with a few moves.

The No. 2 @Cardinals prospect (MLB No. 32) goes yard for the 8th time in 15 @memphisredbirds games. pic.twitter.com/jncVS4Ckv5

This is a move that I am confident will happen at some point this season. Matthew Liberatore had limited appearances this spring in games from what fans could see. So far this season, the lefty has a 2-2 record and is coming off a great outing over the weekend.

In his last start, Liberatore pitched seven innings, giving up two hits with no runs or walks allowed. In that start as well, Liberatore struck out nine hitters. That is one of his better starts in his minor league career.

With the injury to Drew Verhagen, the pitching department cannot afford to be stretched thin. So far this season, Adam Wainwright has looked shaky in a few starts but there is plenty of time for the veteran to turn it around. Adding Liberator to the rotation would bring depth and another southpaw to oppose right-handed batters.

I am not throwing in the towel on the Jordan Hicks experiment, but I find Hicks more effective from the bullpen in a long-term relief or set-up role.

Gorman and Liberatore are two of the top prospects within the St. Louis organization. By no means am I trying to accelerate the process of their development but how long will we continue to watch other players struggle as we have for the last few seasons?

Cardinals embarrassed at home by Cubs

The St. Louis Cardinals were embarrassed at home this last weekend by the Chicago Cubs. Read below to see what happened in the three-game series and what’s next for St. Louis. […]