Busch, Enterprise, and now Centene are the naming rights of all the stadiums in St. Louis. Read below to see the big news from St. Louis CITY SC. 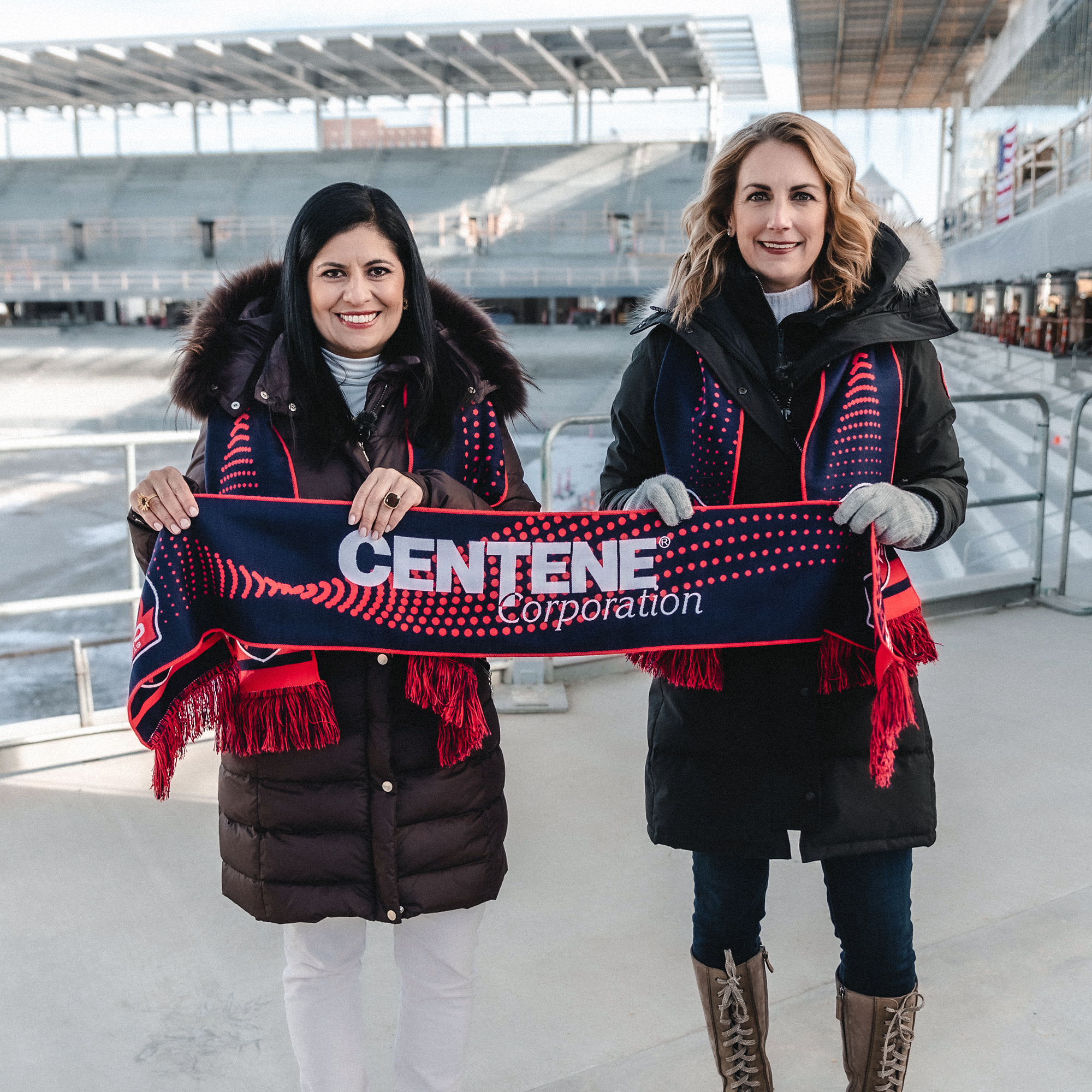 Centene Corporation is a Fortune 25 company that is “transforming the health of the community, one person at a time.”

“Centene is not only one of the fastest growing companies in the country, but it is also a STLMade company that cares about St. Louis as much as we do,” said Carolyn Kindle Betz, President and Chief Executive Officer of St. Louis CITY SC.

Centene and St. Louis City have agreed on a 15-year deal for naming rights of the stadium.

The construction of Centene Stadium is still currently ongoing. The stadium is located in Downtown West, off of Market Street.

The stadium will feature an open roof design. It will hold 22,500 seats and 3,000+ for standing room. Personally, the design of the stadium reminds me of Hard Rock Cafe Stadium in Miami, Florida where the Miami Dolphins play.

The architect of the stadium is under the control of Julie Snow and HOK.

The entire location is 30+ acres that will include the stadium, training facility, multiple practice pitches of grass and turf, along with retail and administrative offices.

“St. Louis is our home, and we are so proud for Centene Stadium to be the home of St. Louis CITY SC,” said Marcela Manjarrez, Executive Vice President and Chief Communications Officer of Centene.

The CITY have already named their head coach, Bradley Carnell. Carnell was the interim head coach for the New York Red Bulls but will take over the expansion team in St. Louis.

Lutz Pfannenstiel is the club’s Sporting Director and he helped in the signing of Selmir Pidro. Pidro is a defender from Bosnia. He last played with FK Sarajevo and will join the club at the professional level next season.

More signings may start to appear within the coming months but as Pfannenstiel said “we don’t want to buy a legacy, we want to build one.”

The CITY as an organization has made an effort to reach out and be involved within the community. Most of the front office members have roots within the St. Louis community, which can only help this organization be special.

There is a lot of buzz and talk about this team and we cannot wait for 2023.

The St. Louis Blues could be a dark horse in the race for the Stanley Cup this year. Read this article to see why Colten thinks the Blues are the best underdog in the NHL.