At what point should we start talking about putting Brendan Donovan in the conversation for NL Rookie of the Year? Read below to see why Donovan should be considered for the award. 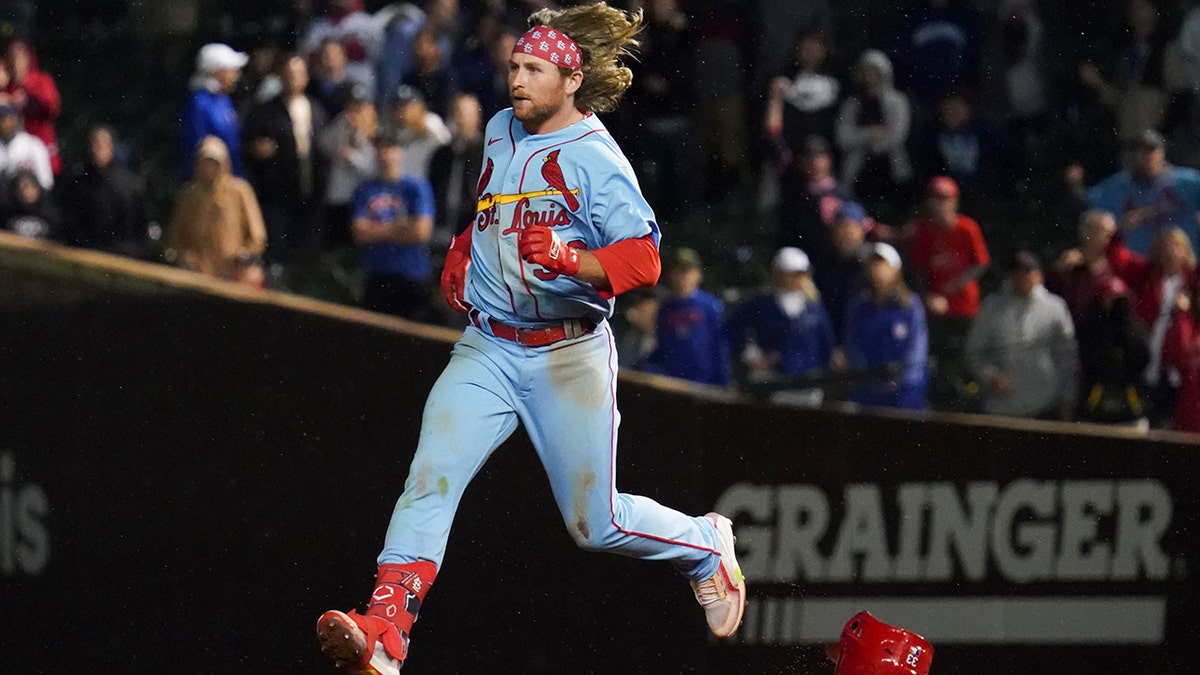 The 2022 season for the St. Louis Cardinals has been dominated by Paul Goldschmidt. While he had a slow start to the season, since the calendar flipped to May, Goldschmidt has been arguably the best player in the MLB and most definitely the National League. The Cardinals currently sit in first place in the NL Central Division but it has been more than just Goldschmidt producing.

Through multiple parts of the season, the rookies for St. Louis have shined. Juan Yepez got off to a hot start when he was called up at the Kansas City series. Nolan Gorman is off to a good start in a year that the team needs him.

The most impressive rookie for the Cardinals has been Brendan Donovan. By far and away, Donovan has surpassed all expectations through this point in the season. When looking at NL Rookie of the Year odds on DraftKings, Donovan is not even listed and does not have odds.

At what point will that change and at what point should he be in consideration for Rookie of the Year?

Was a slow spring training for the best?

The coaching staff and front office had high hopes for many of their rookies coming into spring training this season. A lot of the focus was centered around Gorman and how he would produce for the team. The caveat to that is how the front office and coaching staff wanted to give Paul DeJong the job at the beginning of the season and give him a chance to be the everyday shortstop.

Donovan did not make the big league roster to start the season and started the year in Triple-A Memphis. Due to injuries and many players not producing at the big league level, Donovan was eventually called up and has not looked back since.

WOW. Two outs in the ninth, down by five, and the #STLCards rally back to make it a one-run game!

This team is going to need Donovan to play well to succeed. Not only that but Donovan seems to be another rising star within the organization that will do damage down the stretch in big moments in his career. He has already shown he can be clutch multiple times this season.

Donovan is what every younger player should be

Every youth baseball player should be looking at Donovan and saying “I want to be that guy.” Unfortunately, it does not work like that because most kids are excited about the home runs and the power. Brendan Donovan is not a power hitter but he is so fundamentally strong.

Donovan is batting .338 on the year with only one home run to this point. His OPS sits at .913 which would put him eleventh best in the MLB. Not only has the hitting numbers stood out but the versatility of Donovan in the field has been an added bonus for this team.

Donovan can play any of the infield positions if needed but he can also play the outfield and has done so many times this season. Donovan can do a little bit of everything and manager Oliver Marmol has used him in many ways as well.

A look at the odds

Currently, on DraftKings, Nolan Gorman has the second-best odds to win the NL Rookie of the Year at +380. He trails Mackenzie Gore who leads with +185 odds. Chicago Cubs standout Christopher Morel has +2500 odds to win the award.

Even Juan Yepez is listed on the odds list at +3000 to win Rookie of the Year. Whether Cardinals fans agree with it or not, Donovan has played better than both Yepez and Gorman.

On Monday, the Cardinals vs White Sox match-up begins a three-game interleague series at Guaranteed Rate Field on the South Side of Chicago. […]

Since Mike Shildt had his exit, the Cardinals camp has been very quiet. Check this article to see who we think will be their next coach. […]

The St. Louis Cardinals could have made a splash with their most recent signing. Check out our article to find out who Won-Bin Cho is. […]