The Blues are looking to bounce back after a tough road loss on Saturday when they host the Vegas Golden Knights. Check out our Blues vs Knights Preview 11/22/21.

The Blues suffered a bad road loss on Saturday in Dallas, losing 4-1 to the stars. In that road loss, the Blues gave up two short-handed goals, both scored by Roope Hintz. You often feel bad about your team if they give up two short-handed goals in one month, let alone one game. The Blues are struggling to find their way, as they have lost seven out of their last ten.

The Vegas Golden Knights come to town tonight, currently sitting fourth in the Pacific Division. Vegas has won five of their last six games, including a come from behind win on Saturday night against Columbus. The Knights trailed 2-1 and two late goals in the third period, allowing the Knights to leave with a 3-2 win.

These two teams have met once previously this year, on the Blues opening road trip to start the year. The Blues won that game 3-1 at T-Mobile Arena. The last meeting between the two teams at the Enterprise Center includes a Blues win as well, 3-1, in April of last season.

Tonight’s game is about more than just hockey, with Monday night being the Blues “Hockey Fights Cancer” game. The Blues will wear different pregame jerseys to show support for the cause and for all of those who are fighting against cancer.

The Blues have three players that are playing very well right now, Robert Thomas, Pavel Buchnevich, and Jordan Kyrou. Robert Thomas is eight in the NHL in assists with 14. Thomas in his last six games has one goal and seven assists. Pavel Buchnevich has seven points in his last seven games with two goals and five assists. Jordan Kyrou, arguably the best player on the Blues this year, had his six-game point streak come to an end in Dallas. 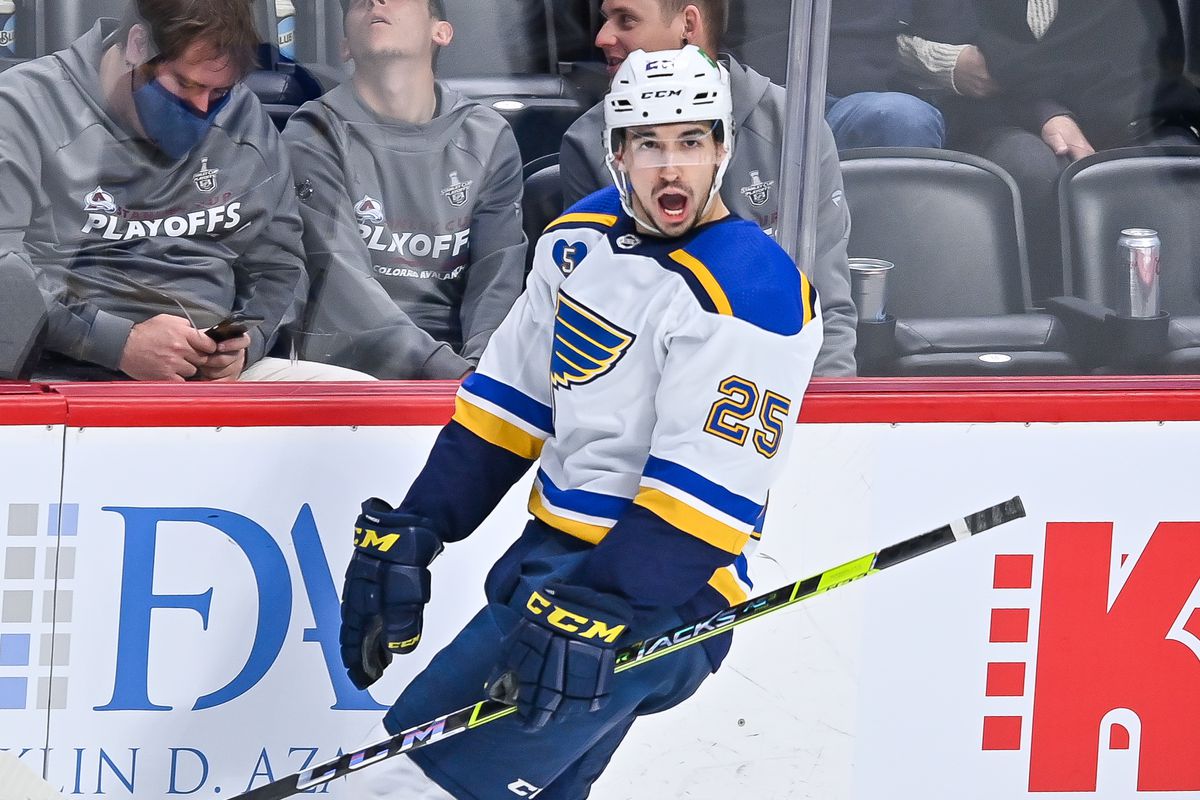 The Blues have to find a way to play together. Right now, with everything going against them, they are playing very one-dimensional hockey. They are making bad passes, bad communication and is much of the reason for their struggles. The Blues were very successful at the beginning of the year because they played team hockey.

One question that is flying around St. Louis media, do the Blues have a goalie competition right now? In two starts, Ville Husso has two wins, one being a shutout. Not that Jordan Binnington has struggled by any means, because without Binnington the Blues would have lost a few other games this year, but Binnington cannot get any support right now. The offense is struggling to produce right now for the Blues and they are looking to turn things around tonight.

As mentioned, the Golden Knights have won five of their last six games. Vegas got off to a very slow start but are starting to find their way in the late stages of the early season. In the next five games for Vegas, four will be on the road with the first one starting tonight in St. Louis. Max Pacioretty and Mark Stone are still battling injuries for the Knights, now along with William Karlsson and Mattias Janmark. While the Knights are facing injuries, they are still finding ways to win early.

Colten’s Bet of the Day: David Perron Any Time Scorer +175

David Perron has a very good career against his former team, with 10 points in 15 games. Perron has five goals and five assists. Perron has been quiet since the early stages of the season, but a game against Vegas could get him back in the flow of things. Look for a David Perron goal tonight against the Knights.

From baseball to hockey and football news, it has been a wild weekend for St. Louis sports teams. Read below for the potpourri of news, a weekend recap from your favorite teams. […]