History was made on Monday night in St. Louis with the Blues win over the Kings. Read this article to find out.

Five In A Row

A franchise record for the best start to a season was made by the Blues on Monday night with their 3-0 win over the Kings. For the first time, the Blues start the season 5-0-0 and sit atop the Central Division. The two teams played a tight, close game until the third period when St. Louis pulled away. It was a vintage performance from #91, Vladimir Tarasenko that led the Blues to a win and his first-star performance.

Neither team scored for the first two periods of the game, with both backup goalies playing well. The young star, Ville Husso, and the veteran Jonathan Quick battled back and forth for 40 minutes. The tie was broken at 3:08 in the third period with Tarasenko’s first goal. Twelve minutes later, Tarasenko scored his second of the night and blew kisses to the crowd in his celebration. David Perron scored his sixth of the year shortly after Tarasenko and the Blues held on for a 3-0 win.

An emotional night for one Vladimir Tarasenko and one that every fan loved to see. So far this season, Tarasenko has been phenomenal and arguably one of the better players on this roster. Chants of “Vladi, Vladi, Vladi,” filled the Enterprise Center for most of the third period.

Tarasenko has spent his 10-year career here in St. Louis and this is a place he can call home.

“We always have support… Our family got so much help from people from St. Louis. This support through this 10 years was very awesome,” Tarasenko said in his post-game interview. 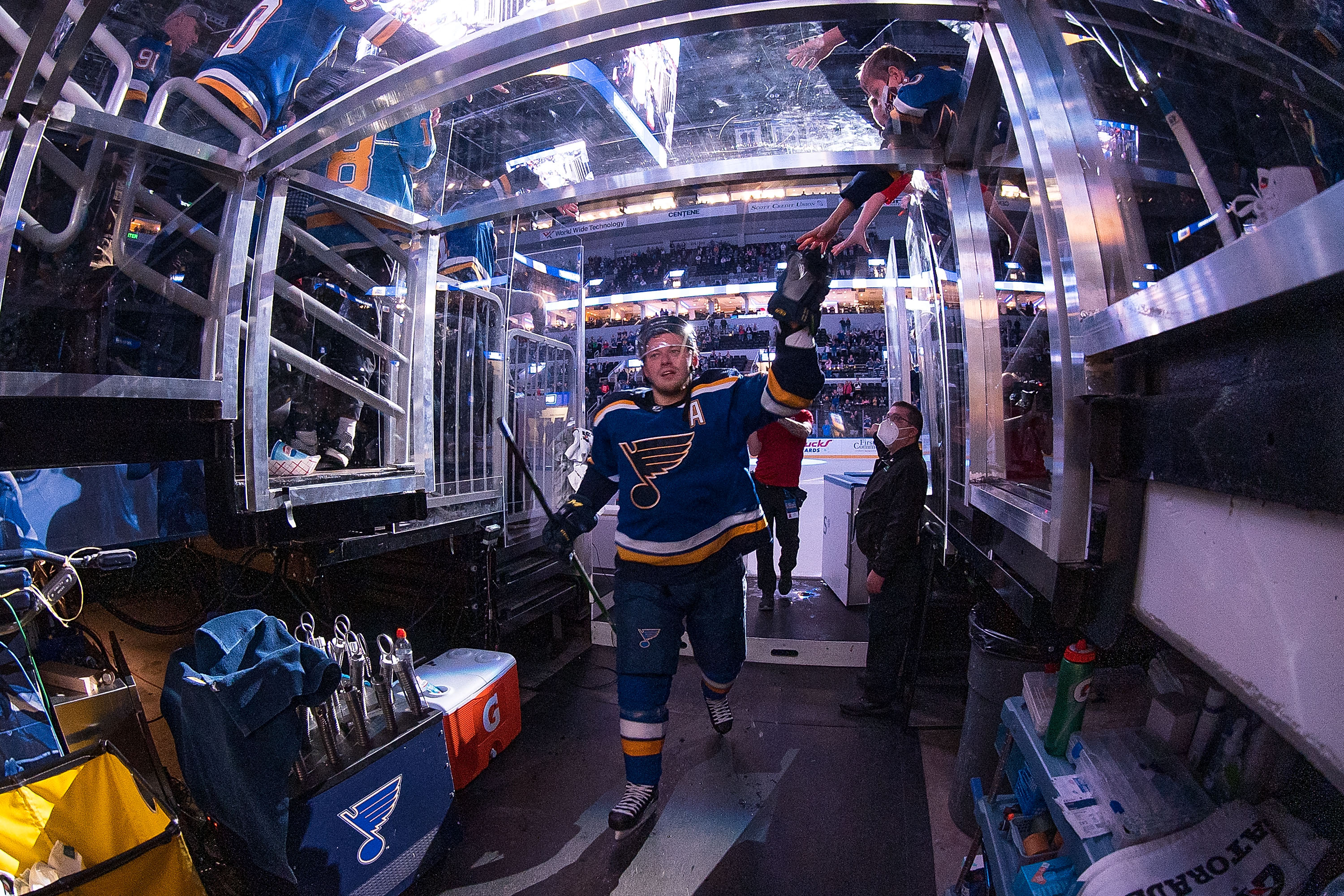 As my favorite player, watching Tarasenko come back from his struggles and injuries in the past few years, is indescribable. From thinking this offseason that he would be traded to now being one of the mainstays on this roster is amazing. Tarasenko will undoubtedly be a Blues Hall of Famer and one of the best to ever wear the blue note.

A fan favorite, Tarasenko is on a mission so far this season. His production is already better than the last few seasons and his line is producing at a high level. I hope that Tarasenko is not traded at all and he spends his career in St. Louis. I understand this game is also a business but the Blues are off to the best start in franchise history and the depth of this team could propel them to a long run this season.

In his first start of the 2021-22 season, Ville Husso pitched a shutout. Husso stopped all 34 shots he faced from the Kings. Husso moved his career record to 10-6 and last night was his second career shutout.

This was one of the best performances we have seen from a Blues goalie this year, and to give Binnington the night off, Husso looks to be a very good second option.

The Blues announced today that Ryan O’Reilly joins Brandon Saad on the non-roster COVID list, which led the Blues to recall Dakota Joshua from Springfield. According to head coach Craig Berube, O’Reilly will be out for 10 days and there is no word on the status of Saad. Missing the captain of your team is going to hurt, especially with Colorado coming to town. 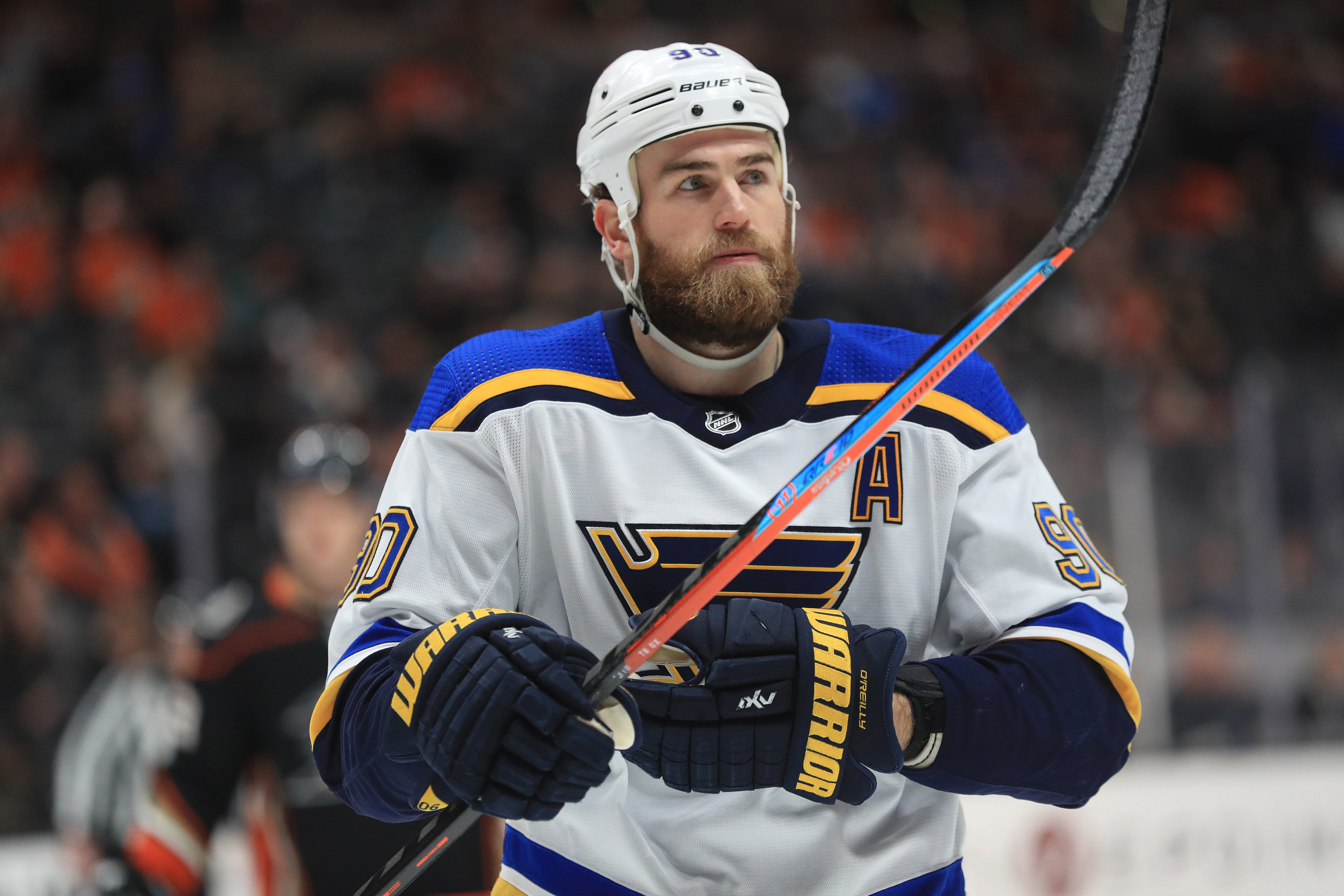 If we recall, Nathan McKinnon did not play in the opening game due to being on the COVID list. There are issues all around the league currently, the Blackhawks have five players on the COVID including Patrick Kane and Jonathan Toews.

The hope is that this is it for the Blues with COVID issues, if these issues continue games may be to be moved and postponed this week.