Blues vs Jets tonight in the final game of their road trip tonight. The puck drops at 7 p.m. Here is our preview for tonight’s game.

This is the first meeting between the two teams since February of 2020 when the Blues and the Jets drop the puck in Winnipeg tonight. The Blues are coming off a 4-1 loss on Saturday night to the Ducks in Anaheim. The Blues scored 13 seconds into the game but were held quiet for the rest of the evening.

In the last meeting between the two in February of 2020, the Blues lost 4-2 at the Enterprise Center but the Blues are 3-1-1 in their last five games in Winnipeg. One of the most memorable moments in the Blues Stanley Cup run involved Jaden Schwartz with the tip-in goal with seconds left in the game in Game 5 to give the Blues the lead. 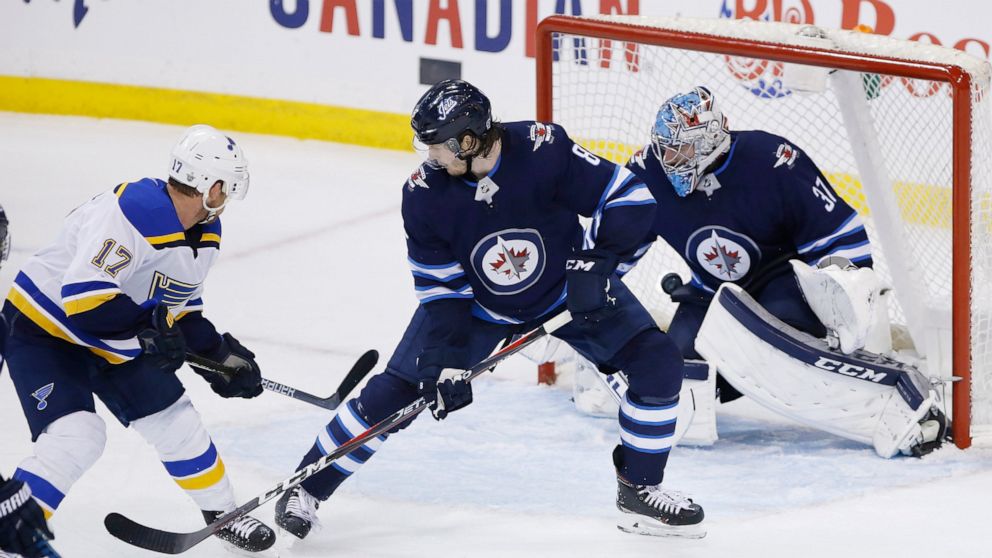 St. Louis will be short manned tonight with multiple players on the COVID list and with Brayden Schenn out with an upper-body injury. Torey Krug, Niko Mikkola, Ville Husso, and Kyle Clifford are all on the COVID list for the Blues currently. Off the ice, the Blues need to figure out how to stay healthy and keep as many players off the COVID list as they can. 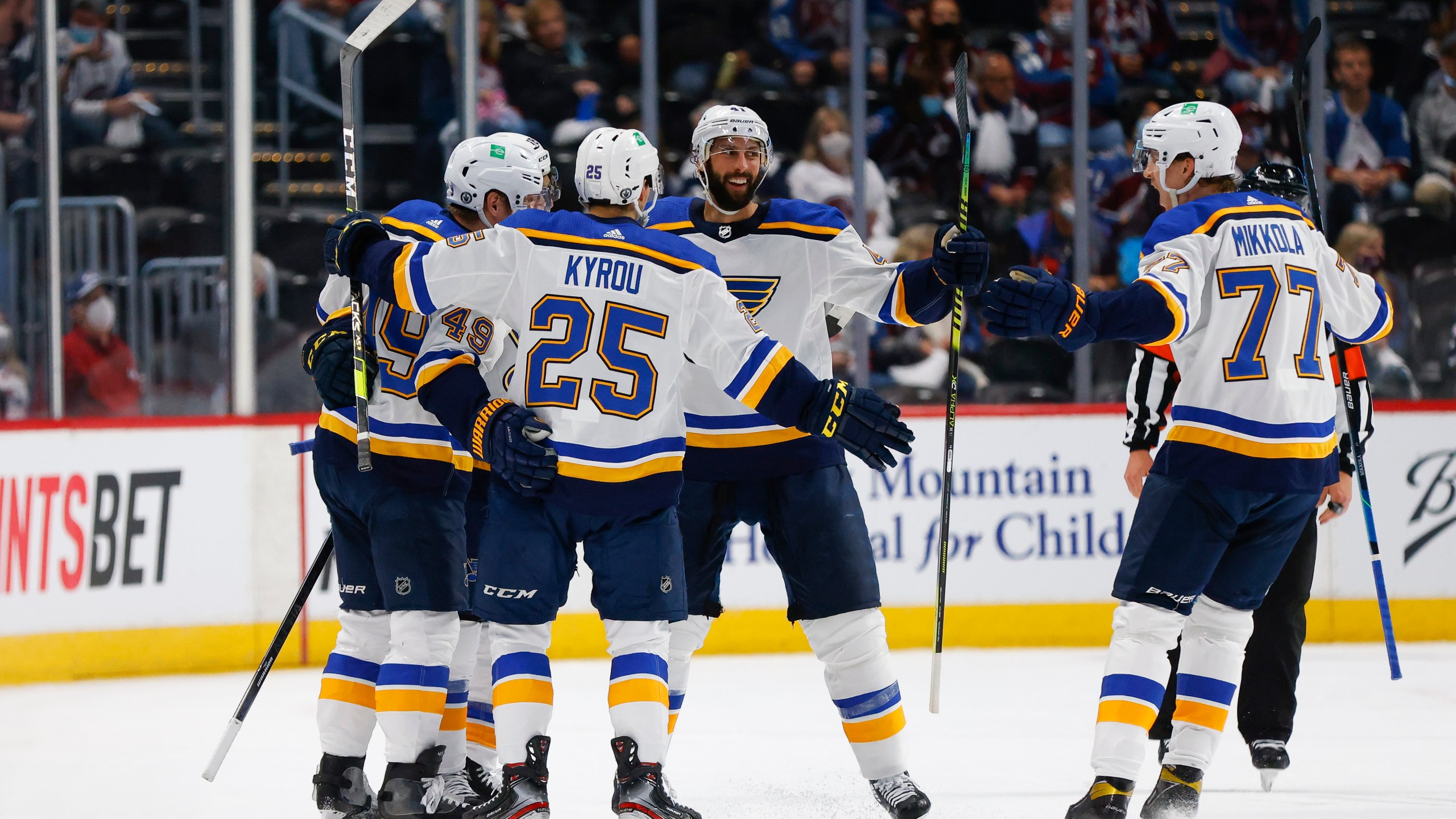 On this current road trip, the Blues are 1-1-1. They have struggled to score goals at full strength as of late. The team needs to find a way to produce offensively. As well, the team needs to figure out how to stay out of the penalty box. The power kill is starting to falter due to players taking too many penalties.

Winnipeg is coming off a loss as well from this last weekend after dropping 2-0 against the New York Islanders. Two key players for the Jets could be out, as Mark Scheifele and Paul Stastny left Saturday’s game with injuries. Their status for tonight is still unknown. 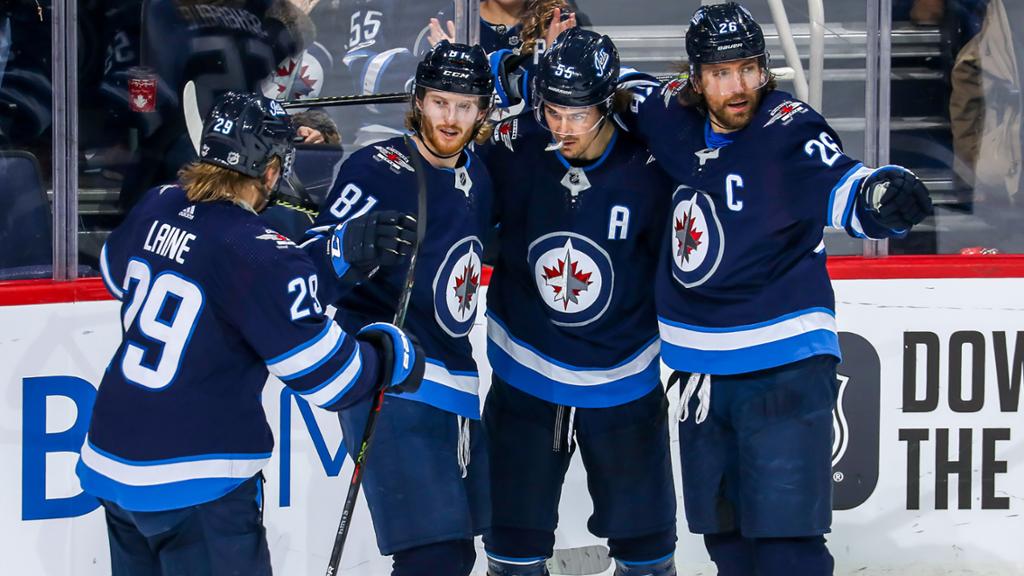 Kyle Connor is leading the Jets with a very good start to the season. In 11 games Connor has eight goals and eight assists, leading his team with 16 points. Andrew Copp is not too far behind Connor with 12 points on the season including five goals and seven assists.

Keys To The Game

Score
The Blues must improve their 5-on-5 play. It has been abysmal the last week or more. The Blues need to find ways to put more pucks on net and put pressure on the opposing goalie.

Stay Out of the Penalty Box
On this road trip, the Blues have had issues with staying out of the penalty box and taking bad penalties. The 10-minute game misconduct on Perron against the Ducks, the multiple 5 on 3 opportunities against the Sharks, the list goes on. The Blues close to the most minutes spent in the penalty box this season. As noted, this has been an issue for the Blues and it needs to be cleaned up.

Fun Fact of the Day

On this date in 1996, St. Louis Blues Craig MacTavish became the last helmetless NHL player to score a goal.

The St. Louis Blues are back in action after a few days off, as they are set to host the Pittsburgh Penguins. Read below to see our preview of tonight’s game. […]