The Blues dropped their first game of the 2021-22 season last night in a hard-fought loss to Colorado. Catch the recap and my thoughts on the game here.

We knew it was coming at some point, it just happened to come against the team that the Blues dislike the most. The rivalry these two teams have picked up in the last few years always makes for entertaining hockey to watch. The Blues were heavily outplayed last night and Colorado deservedly won the game.

After an early goal was waved off by the Avalanche, a slap shot from Colton Parayko found its way into the net, to give the Blues a 1-0. From there it was all Colorado as they stormed out to a 3-1 lead after two periods of play. A goal from Brayden Schenn early in the third period would cut it to 3-2, but the Avalanche quickly responded with a goal of their own pushing it back to a two-goal lead. 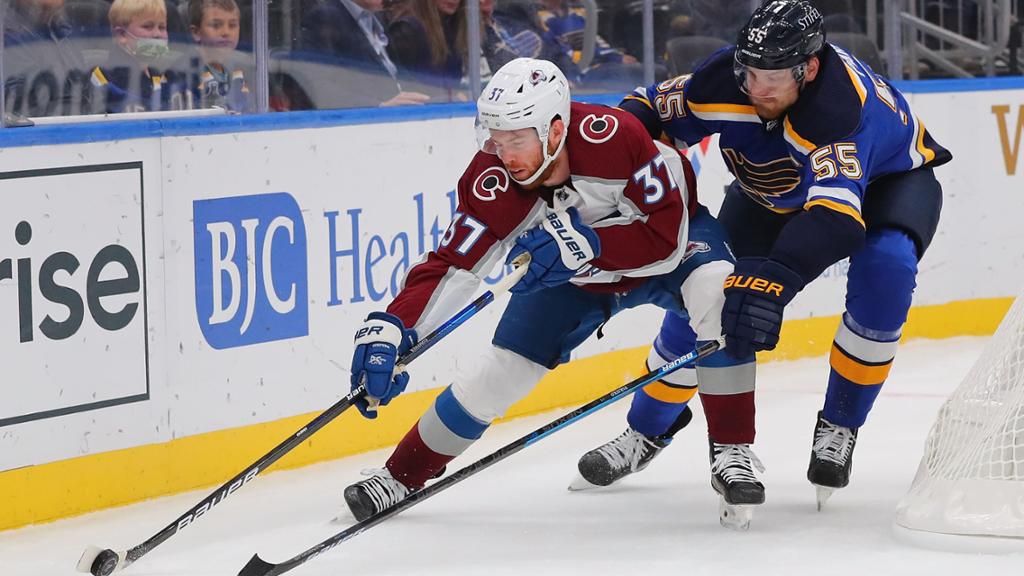 Vladimir Tarasenko continued his high level of play, by scoring later in the third and allowing the Blues to have a chance to tie. Trailing late, the Blues would pull Binnington but it would not equate to anything but a 4-3 loss. Colorado had goals from J.T. Compher (2), Kadri, and Cale Makar.

The Blues unfortunately did not play a full game, as they were outplayed in the first two periods. Head coach Craig Berube shared his thoughts on how his team played last night.
“They’re a very good team, they’re hard to play against, and if we want to consistently beat them and compete with them, we have to play for 60 minutes… We only played for 20 tonight.”

To say there is bad blood between these two teams would be putting it lightly. Last season in the playoffs, Nazem Kadri had a terrible hit on Justin Faulk that the Blues did not take lightly. Kadri was kicked out of the game and ended up serving a suspension. So far this season, the Blues have made Kadri a target with multiple fights already. Last night, Faulk went after Kadri to get revenge, which led to Kadri spending 10 minutes in the penalty box.

The Blues took too many bad penalties last night and that contributed to them being outplayed. The Avalanche heavily outshot the Blues, led in power plays, and almost every category. St. Louis spent 37 minutes in the penalty box last night. That number is unacceptable.

At one point in the game, Jordan Binnington and Kadri were jawing at each other to the point where Binnington swung his stick at Kadri. Now, Binnington was not close to even hitting Kadri but it is a bad look for Binnington and the Blues.

One thing that needs to end is the targeting of Kadri. I hope that since Faulk was able to get his peace last night, that this show will be over with. I can totally get behind a team that wants to be physical and impose their will, but taking ridiculous penalties all night hurts you in the long run. Last night the atrocious 37 minutes of penalty time is simply insane and much to the reason for losing last night’s game.

At this, we have to be very happy that Vladimir Tarasenko has not been traded. We have to continue to hope that he does not get traded and that the level of play stays like this. Tarasenko scored yet another goal and added an assist in Thursday night’s game. If Tarasenko is able to continue this fountain of youth that he has found, we could all get what we want and keep him here for his career.

Tarasenko, who is currently second on the team in points, ranks in the top-10 of multiple categories on the all-time Blues list. At this point, Doug Armstrong needs to do everything in his power to keep Tarasenko. The question also remains about what your return of investment would be on Tarasenko, and at this point, there is nothing that could possibly take him away from this team.

After Saturday, the Blues will head back out on the road for four games out west again. The puck will drop at 7 p.m. CT.