After their game this evening, two divisional games are coming for St. Louis in what will be impactful games in terms of the standings. Read below to learn about the big weekend for the Blues.

The St. Louis Blues take on the Buffalo Sabres this evening at the KeyBank Center in New York. St. Louis is currently tied for second in the Central Division standings but the Minnesota Wild hold the tiebreaker over the Blues. Both teams have 96 points on the season and trail the Colorado Avalanche heavily.

Chasing down the Avalanche is very much out of question. With only eight regular-season games left going into the weekend, St. Louis would basically have to win out and hope that Colorado loses almost every game. The Blues are battling with the Wild for the second spot in the Central Division.

Two of the most important games of the season are coming up on Saturday and Sunday with the Blues hosting the Wild and then traveling to take on the Nashville Predators. The Blues are 2-0 against the Wild this season, including a win at the Winter Classic. St. Louis is 1-1 against the Predators this season including an overtime loss.

The Blues are one of the hottest teams in the Central Division and the NHL right now. Two teams currently have a longer winning streak than St. Louis and that is Colorado and the Florida Panthers. Can St. Louis sweep the season series against Minnesota this year with a win Saturday night? 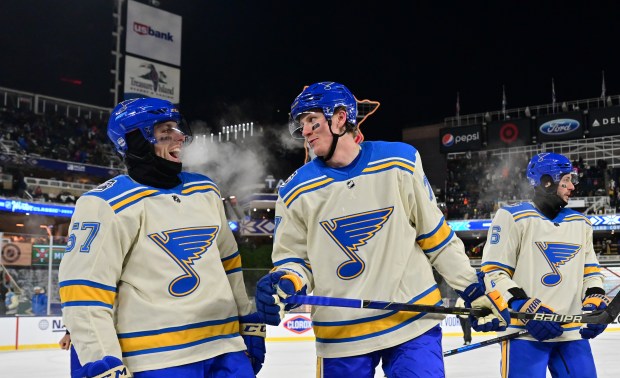 The Minnesota Wild are playing division rival, the Dallas Stars this evening. The story of the season for Minnesota has been Kirill Kaprizov, the sophomore left-winger. Kaprizov has 91 points on the season with 42 goals and 49 assists.

Mats Zuccarello has had a great season as well with 72 points on 22 goals and 50 assists. His 50 assists leads the Wild this season. The Wild are a dangerous group because they have so many weapons that can influence a game at any time. From Ryan Hartman to Marcus Foligno, if you fall behind Minnesota in a series, it can spell disaster.

One thing neither St. Louis nor Minnesota can afford to do is to count out Nashville. The Predators are only seven points behind the two teams with one game against each team left. The Wild are 0-2 against the Predators this season.

St. Louis will travel to Nashville after the game Saturday to have an Easter game with the Predators. Nashville has a record of 42-26-5 on the season and are fourth in the Central standings. The Predators are running out of time to make a move on either St. Louis or Minnesota. 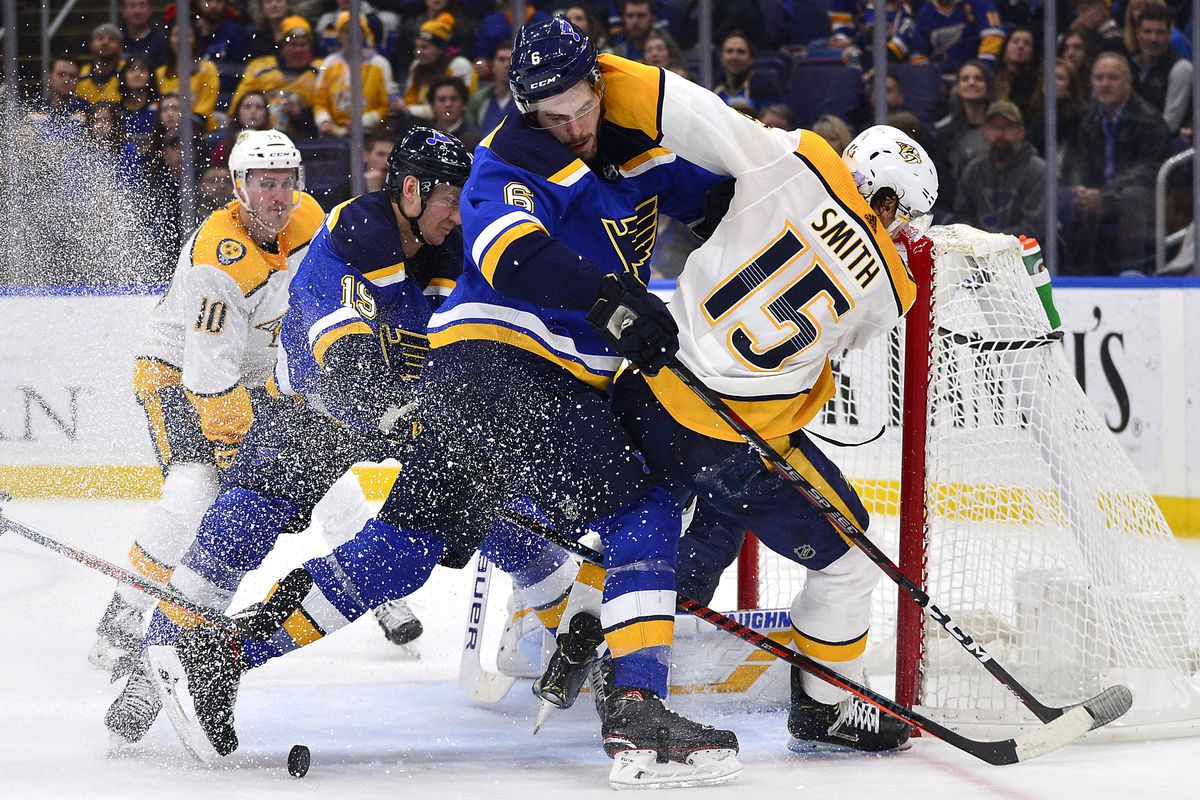 Roman Josi leads the Predators in points this season with 87. Only 19 goals, but Josi is producing at both ends of the ice. Matt Duchene and Filip Forsberg are trying to make a push on the points to pull within Josi.

Juuse Saros has been a big part of the success of Nashville this season. Saros has played in 61 games this season with a record of 36-22-3. The most impressive stat is the 2.50 goals-against average.

Clear your schedule for this weekend because you will want to be tuned in on both Saturday and Sunday. St. Louis could clear some space in the standings and take over that second spot which would gain home-ice advantage in the first round of the NHL Playoffs.

Tested on the road

After the game against Buffalo, St. Louis will finish with five of their eight remaining games on the road. St. Louis will host Minnesota, the Boston Bruins and the Vegas Golden Knights. They travel to Nashville, San Jose, Arizona, Anaheim and Colorado.

The Blues will most certainly be tested with their end-of-season schedule as many teams will be fighting for a playoff spot. Colorado could be making a late push for the President’s Trophy for the best team in the NHL regular season.