The American League-leading, New York Yankees come to town tonight for a weekend series. Read below for all the information needed about the big series ahead in St. Louis. 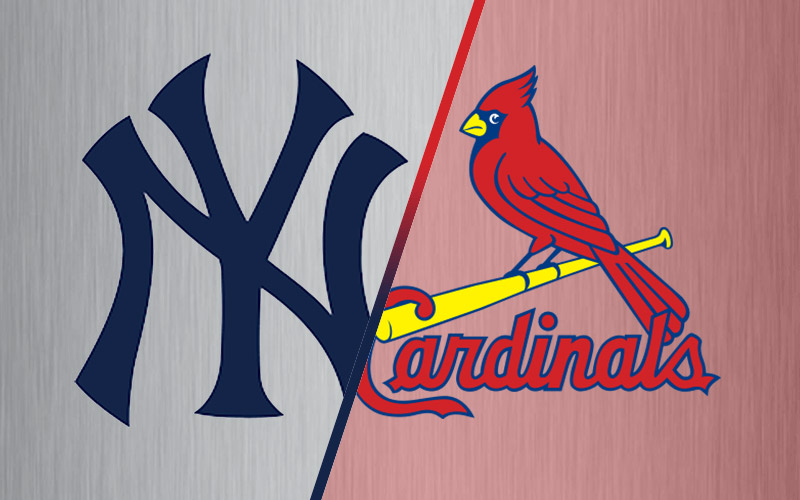 The New York Yankees make their way to the Midwest for a three-game weekend series with the St. Louis Cardinals. The Yankees are coming off a series loss to the Seattle Mariners, losing the last two games of the three-game set. St. Louis is fresh off a sweep of the Chicago Cubs, after a doubleheader on Thursday.

There are many storylines in this series but none more than the return of Matt Carpenter. The long-time Cardinal signed with the Texas Rangers in the offseason after St. Louis let the veteran walk. After struggling to start the season with the Rangers, Carpenter was released and signed with the Yankees.

Since Carpenter landed in The Bronx, he and his mustache have set the league on fire. Carpenter has played in 43 games in a pinstripe uniform and showcases a .322 average, slugging .791 and an OPS of 1.226. Needless to say, Carpenter has won the hearts of Yankees fans.

Fans will also see the return of Harrison Bader after he was traded at the deadline for Jordan Montgomery. Bader is still dealing with plantar fasciitis and is not expected to return until September for the Yankees. Bader was expected to be the long-time center fielder for St. Louis but due to injury and other players stepping up, Bader was traded.

Jordan Montgomery, the left-handed pitcher St. Louis acquired for Bader, will start on Saturday against his former team. Initially caught by surprise by the trade, Montgomery should fit right in with this club. The southpaw’s main pitch is his sinker, which the Cardinals coaching staff would love to utilize.

Adam Wainwright will battle against new Yankee, Frankie Montas on Sunday in the series finale.

Race to the top of the standings

After a four-game winning streak by St. Louis and a four-game losing streak by the Milwaukee Brewers, the two teams are tied for the top spot in the NL Central standings. After being swept by the Pittsburgh Pirates, Milwaukee heads back home for a series against the Cincinnati Reds.

Not too long ago, the postseason chances for St. Louis seemed to be in jeopardy because of two players not having the vaccine. A little over a week later and the Cardinals are right back in the driver’s seat and control their own destiny in the second half of the season.

Luckily for St. Louis, after this series with the Yankees, they will only play 16 games against teams with a .500 record or better. Two of those series include a trip to the west coast to play the San Diego Padres and the Los Angeles Dodgers. The Cardinals swept the Padres earlier this season in St. Louis, then choked the series win against the Dodgers before the All-Star break.

This is the Cardinals division to win and that could not be more apparent after Milwaukee’s last series. Why on earth would the Brewers trade one of the best relievers in baseball when they are leading the division? They may say they want to win a World Series, but they know that they cannot compete with other teams in the National League and their own division.