Derrick Goold of the St. Louis Post-Dispatch broke the news late last night that the St. Louis Cardinals and Albert Pujols have agreed to bring Pujols back to St. Louis on a one-year deal.

Career at a glance

Pujols started his career in St. Louis in 2001 when he made his MLB debut. He started his way in the Cardinals farm system before making his way to the big stage. Pujols spent 11 years in St. Louis before leaving after winning the 2011 World Series for Los Angeles to join the Angels.

In 11 years in St. Louis, Pujols held a batting average of .328, hit 445 home runs, won two World Series, three Most Valuable Player awards and won the Rookie of the Year award in 2001. 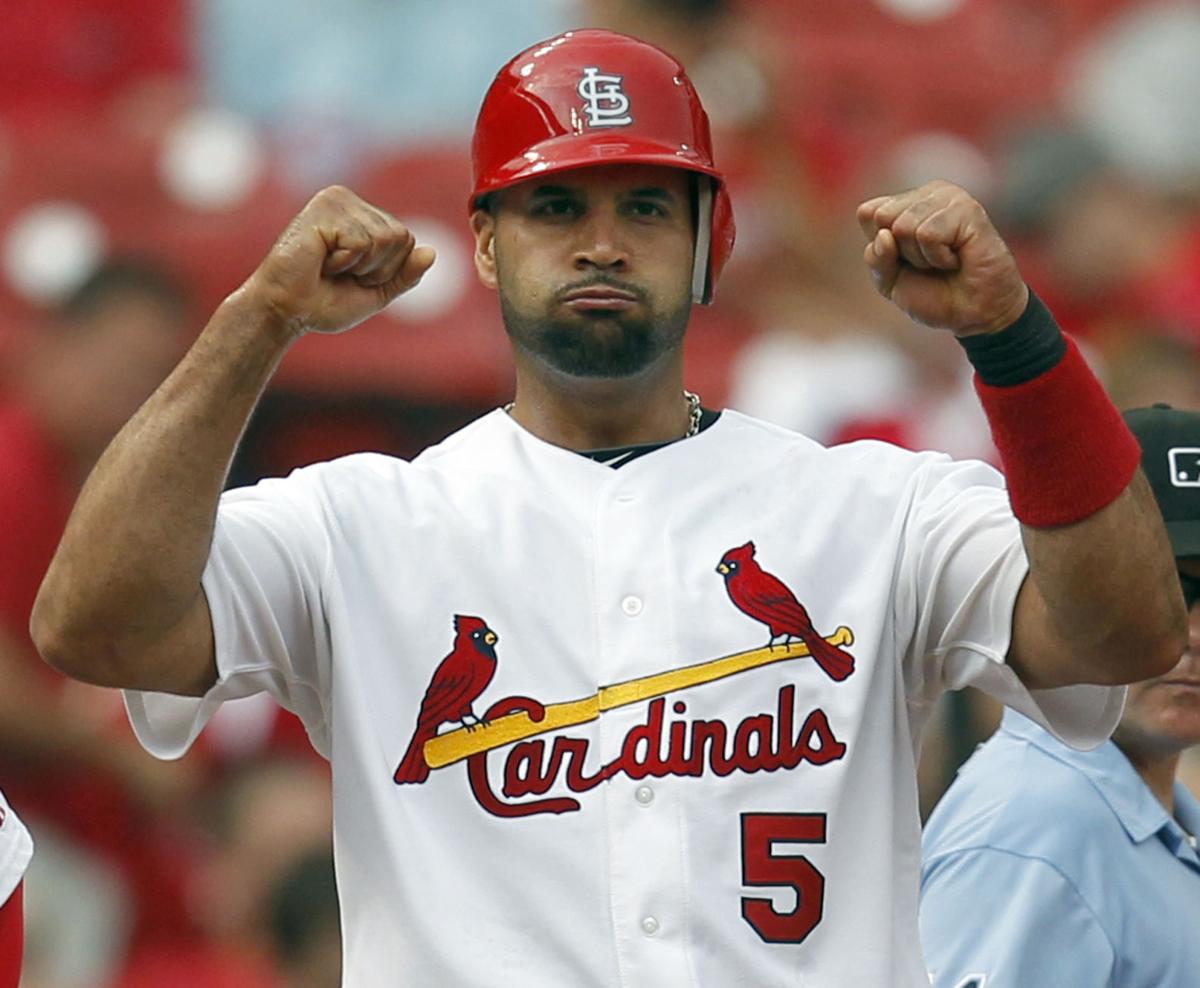 Heading into the 2021 season, Pujols was still with the Angels but he would eventually be released in the middle of the regular season. The Cardinals and Pujols tried to get a deal done last year, but they could not make it happen. He eventually signed with the Dodgers and finished out the season still in Los Angeles.

It feels just like yesterday that we watch him grow up right before our eyes, and now we prepare for what could be his final season. Most importantly, Pujols is back in a Cardinals uniform.

His role in St. Louis

First off, just to have Pujols in the building will be an unbelievable moment. Many thought we would never see this day again after he left in 2011. It is safe to say that April 7th cannot come soon enough.

His role in St. Louis will be primarily hitting. Pujols is a great bat against left-handed pitchers and so he could be used as a DH and occasional backup first baseman. As of right now, Pujols is 21 home runs away from getting to 700 career home runs. There are three players in the history of the MLB that have hit 700 or more home runs, that being Barry Bonds, Hank Aaron and Babe Ruth.

Not only will Pujols play and take a spot on the roster, but he will also be able to help develop players within the system and players that are currently at the big league level. That alone will be a big help for the years going forward.

Whether this is it or not for Pujols, he will be joining back up with two guys that started it all. This could be the retirement tour for all three of Pujols, Yadier Molina and Adam Wainwright All three players have won two championships, the last two championships for St. Louis.

A moment of self-reflection

How amazing is this? Opening Day is going to be insane in St. Louis. It will be sold out now that Pujols will be riding around on a truck now with all the fans waving and screaming for him. This ovation that he will receive is going to be one of the loudest ovations ever heard.

The St. Louis Cardinals are going to make money this year and I can almost guarantee you that. The marketing options that they will now have with Albert Pujols back as a Cardinal, let alone it possibly being the final year for three of their greatest players. There is a lot of money to be made this summer in St. Louis. 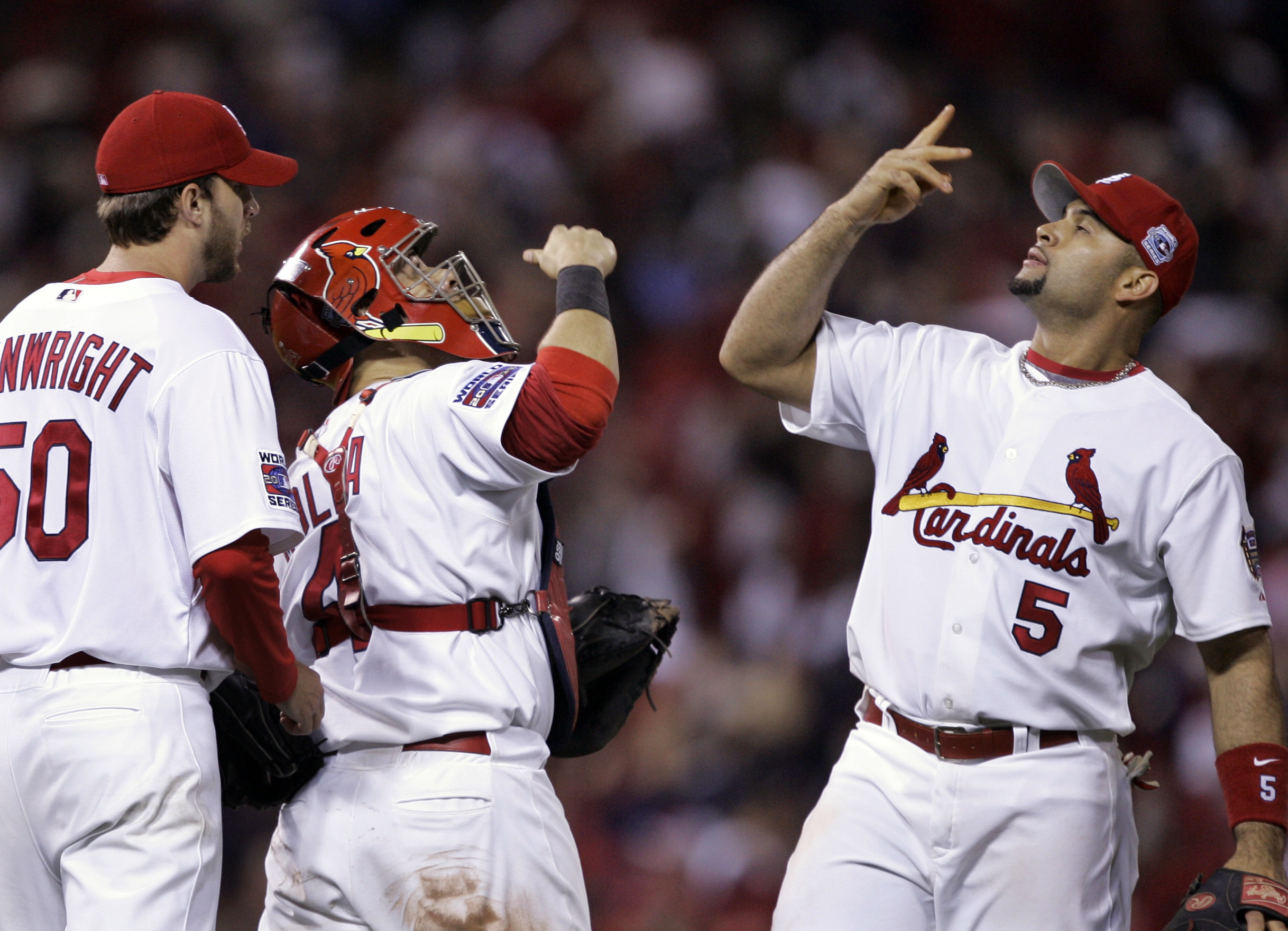 Cue up “Coming Home” by Dirty Money. Get your emotions in check the best you can because it is going to be a wild season in St. Louis as we honor three of the greatest to ever wear the ‘Birds on the bat.’

This signing is something I have been pleading for all offseason. So, to John Mozeliak and the front office, I say thank you.

Cardinal’s Overall Grade A Quarter Through the Season

The MLB is just over a quarter of the way done with its regular season, having played 41 games for most teams. The Cardinals are sitting pretty in first place with a record of 23-18 and in first place in the NL Central. Find out what the Cardinal’s overall grade a quarter through the season is right here! […]

What happened in the NL Central at the trade deadline?

In what was one of the most active trade deadlines in MLB history, one team from the NL Central went full sell mode — the Chicago Cubs. What about the rest? […]